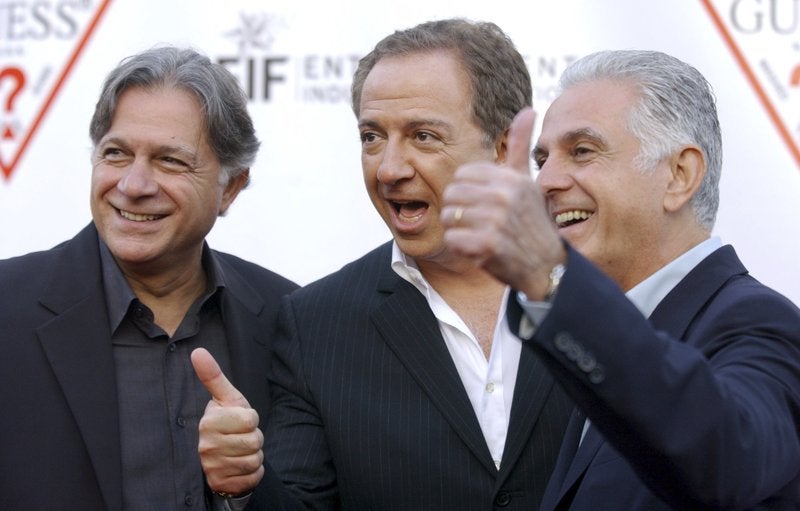 LOS ANGELES (AP) — Guess Inc. announced Tuesday that its co-founder Paul Marciano is stepping down after the completion of a company-commissioned investigation into allegations of sexual harassment and assault.

The Los Angeles-based fashion company revealed in a filing with the Securities and Exchange Commission that Marciano is resigning immediately as executive chairman of the Guess board, and his brother Maurice Marciano, another company co-founder, will take over.

“The investigation found that on certain occasions (Paul) Marciano exercised poor judgment in his communications with models and photographers and in placing himself in situations in which plausible allegations of improper conduct could, and did, arise,” the filing said.

Paul Marciano, who has denied the allegations, will remain a board member and stay on as chief creative officer until his contract expires at the end of January. He had stepped aside from his day-to-day duties when the investigation began in February. He will forfeit his salary for the period he sat out, but will be paid from June until January. He also owns a 17 percent stake in Guess Inc.

The allegations first became public when model Kate Upton said in a Time magazine interview that Paul Marciano grabbed her breasts during a Guess photo shoot nearly eight years ago. She also says that he harassed her by showing up at hotels where she was staying and texting her inappropriate comments.

“It’s disappointing that such an iconic women’s brand @GUESS is still empowering Paul Marciano as their creative director #MeToo,” Upton tweeted at the time.

Soon after a special committee of the Guess board and an outside law firm launched an investigation, which looked into several reports of inappropriate comments and texts along with unwanted kissing and groping.

“Many of the allegations could not be corroborated. In some cases, no conclusion could be reached because the individuals either declined to be interviewed or provided insufficient information to the investigators,” Tuesday’s filing said. “In other cases, the investigation found that credible accounts were given by both sides.”

Four brothers, including original designer George Marciano, in 1981 founded the brand whose denim became a phenomenon in the 1980s and 1990s.

Resignations like his in the fashion industry have been far rarer than in movies and other media in the wave of sexual misconduct revelations spurred by stories on Harvey Weinstein in October.

The company also said it has settled lawsuits with five of Paul Marciano’s accusers for a total of $500,000.

Attorney Lisa Bloom, who represents four of those women, said in a statement that they are pleased with his stepping down as board chair but disappointed he’ll stay on in other capacities.

“We do not believe a man with so many credible accusations of sexual assault is fit to lead any company,” Bloom said, “much less one that sells primarily to women.”