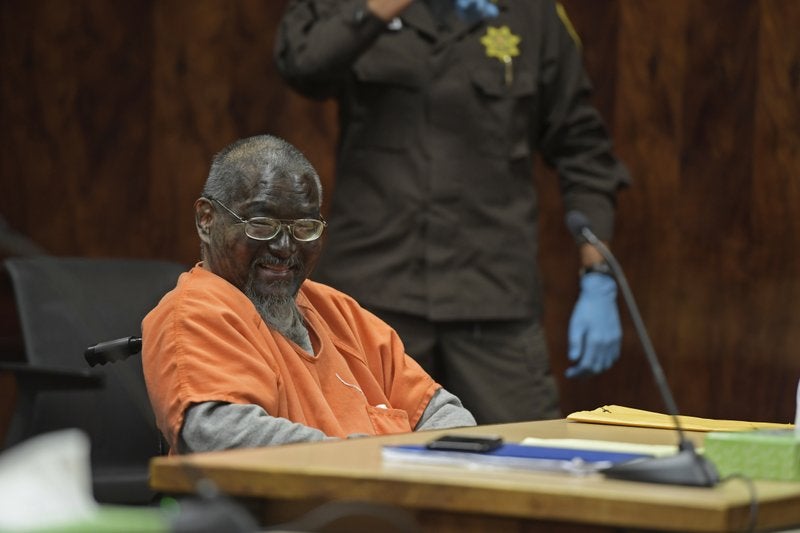 HONOLULU (AP) — A Hawaii man who painted his face black with a marker for his sentencing hearing has been ordered to serve life in prison.

Attorney Keith Shigetomi, who withdrew as Char’s defense lawyer after the hearing, said it was Char’s choice to appear with his face and head blackened.

Char continued talking and laughing after he told Eddins that he was done with his pre-sentencing statement.

A state jury found Char guilty in March of stabbing three people in a road rage incident on a freeway in August 2016.

Char repeatedly braked in front of Jesther Marlang’s car before they both pulled onto a median. Char reversed and crashed into Marlang’s car, police said.

Char then used pepper spray against Marlang and his passenger, Deion Anunciacion, and stabbed them. During the struggle Char bit and nearly severed two of Marlang’s fingers, authorities said.

He also stabbed a passing motorist, Jene Winn, who tried to stop the confrontation, police said.

Char claimed he acted in self-defense and called his trial a kangaroo court.

“You’re a menace to the public,” the judge said. “This is not a kangaroo court; you got a fair trial.”