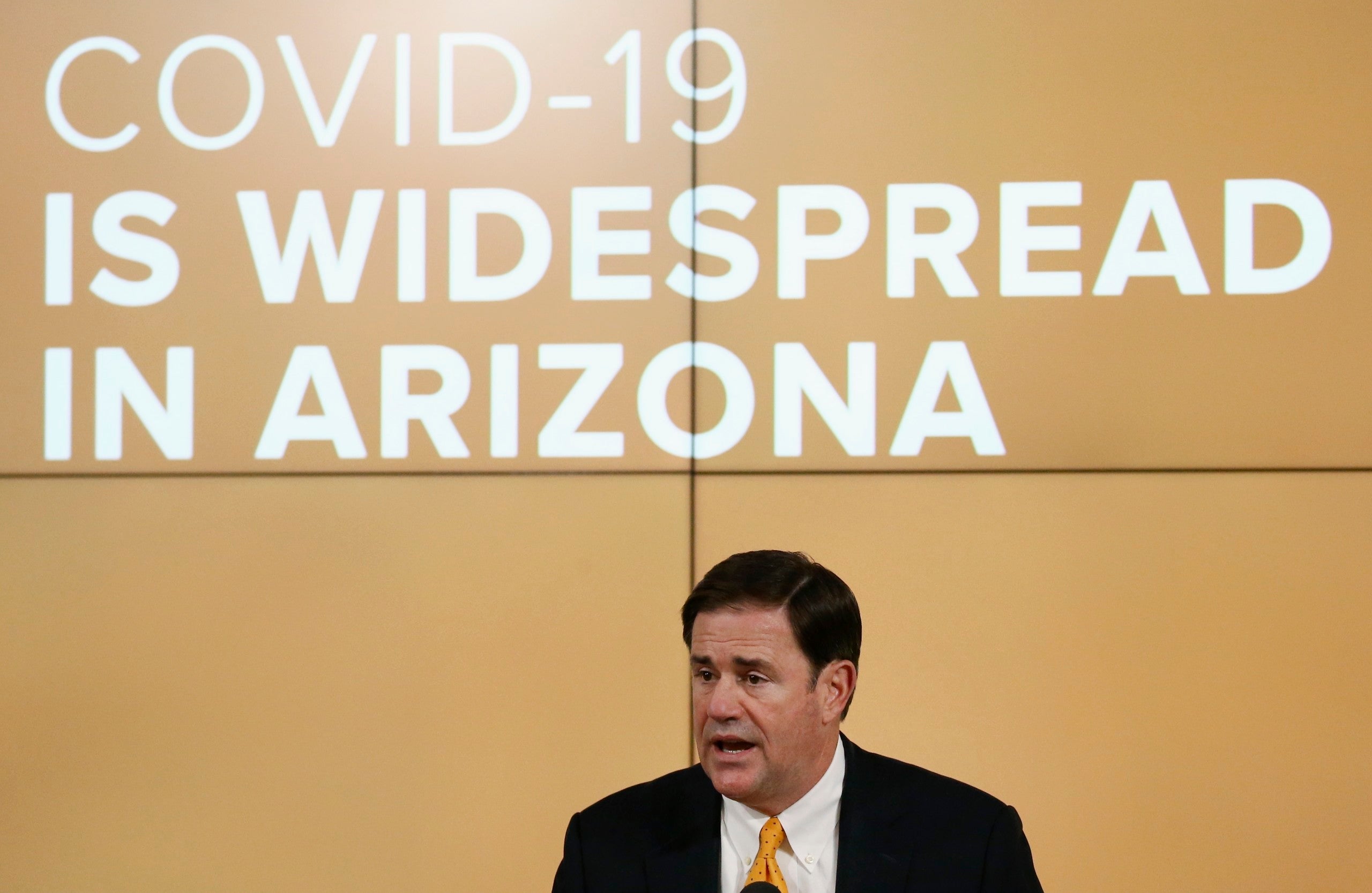 (CNN) — Eighty-seven doctors signed a letter to Arizona Gov. Doug Ducey urging the state leader to keep schools shut for at least the first quarter of the academic year.

“Many of us are also parents of school-age children,” the letter says. “The tremendous pressure to return to in-person schooling in August is ill advised and dangerous given the uncontrolled spread of Covid-19 in our community.”

The letter comes in response to an order issued by the governor last month which limits the amount of funding for schools who don’t open for in-person instruction for at least five days a week.

“We understand the terrible predicament that school districts across the state face as a result of this executive order: choosing between the financial solvency of their district and the health of their students, staff and community,” the letter says.

“No educator should be forced to make this choice.”

The letter refers to Arizona as one of the “worst-hit regions” in the country and the world, and says the state can expect to see “substantial community spread for at least the next few months.”

The warning comes about a week after dozens of school board members asked state officials to keep schools closed until at least October.

They also ask the 180-day instructional day requirement be waived for the academic year.

The governor previously pushed back the reopening date of schools to August 17 and said that the date would be “continuously” evaluated.

Teachers fearful they may have to go back hosted a “Motor March” last week to protest a return to class, according to CNN affiliate KGUN.

“It’s definitely too soon to go back,” Joy Noriega told the news station.

She said before going back, she wants to make sure there has been at least a 14-day decline in cases.

“Schools are breeding grounds. You’re touching everything and it’s just not possible to disinfect everything. Every desk, every sink, every toilet after someone uses it,” she told the affiliate.

She’s one of hundreds of educators across the country who have expressed concern in the past weeks about having to return to school next month.

Three Arizona teachers who conducted online classes together during the pandemic all caught the virus last month despite taking all the necessary precautions. One of them died.

“Our schools are not ready. We are not prepared to open up. We’re supposed to open up on the 17 of August and there’s no way that even the teachers are ready for that to happen,” Angela Skillings, one of the two teachers who survived the infection, told CNN last week.

Over the weekend, Tucson Mayor Regina Romero told CNN she was “absolutely against” students returning to school in August.

She said she believed maintaining distances between children would be very difficult if schools reopened, and the transmission of the virus between children and teachers will help drive the number of cases even higher.

“Scientifically, it does not make sense and as parents, we should all be mortified that the governor is expecting us to send our kids back to school.”

As far as transmission goes, researchers in South Korea have now found children between the ages of 10 and 19 can transmit the virus within a household just as much as adults. Children ages 9 and younger transmitted the virus within their household at rates that were a lot lower.

“Although the detection rate for contacts of preschool-aged children was lower, young children may show higher attack rates when the school closure ends, contributing to community transmission of Covid-19,” the study said.