Her college canceled graduation. So her dad held an elaborate ceremony in the front yard 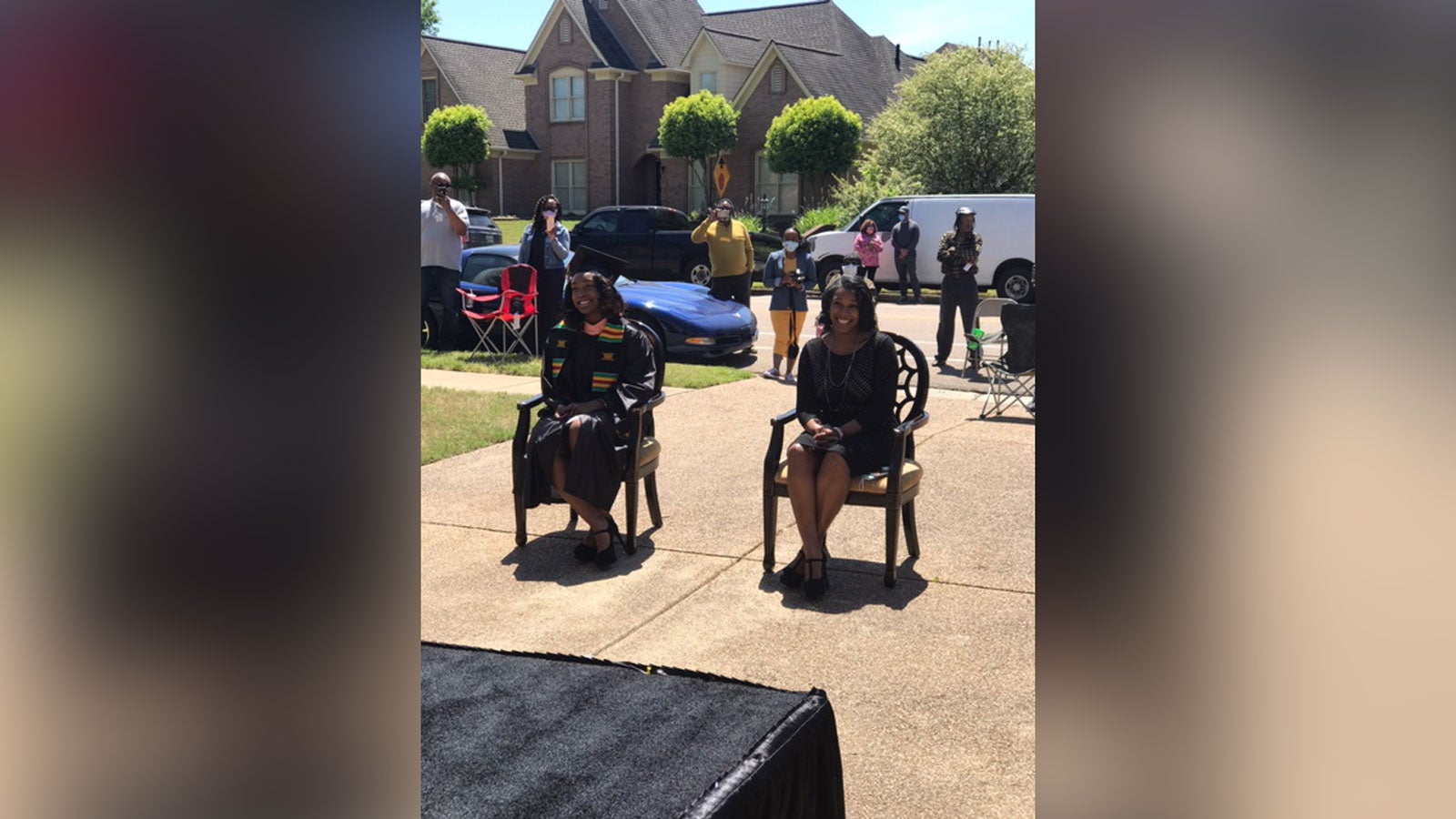 (CNN) — Gabrielle Pierce cried for a nearly a week when she learned her college graduation was canceled due to the coronavirus pandemic.

Xavier University of Louisiana notified graduates mid-March about the change. Like most schools, they plan to host a virtual commencement instead.

“I actually finished December of 2019. They (Xavier University) only have one commencement each year,” Pierce said. “So I had to wait until spring of 2020 to walk.”

Pierce had worked so hard over the years, earning a bachelor’s degree in public health science with a minor in biology. For her, the thought of not walking across the stage was crushing.

“I was like, ‘I can’t believe this is happening after waiting so long. I deserve to walk,'” Pierce said.

Her father, Torrence Burson, believed so, too.

“I was really devastated. Just to see your baby crying — knowing that she worked so hard and stayed the course. She did everything right. I said, ‘You’re going to walk across somebody’s stage, even if I have to build you one,'” Burson said with a laugh.

That night, Burson said a prayer before bed, and the idea for a graduation at the family’s home in Memphis, Tennessee, came in a dream.

“I ran it by my wife and first she said that I was crazy, but then she said she liked the idea.”

A graduation to remember

Burson had about six weeks to plan. He called around town to reserve a stage, podium, backdrop and photographer.

“Gabrielle never saw anything until she came out to walk,” he shared.

“I know when he plans stuff, it’s usually big,” his daughter said. “But I didn’t think that this was going to be as big as it was.”

Burson carefully planned the event, even having Pierce walk out to the traditional graduation song “Pomp and Circumstance.” Guest speakers included the family pastor and Pierce’s aunt, who spoke about her during the ceremony.

“At that moment, I didn’t have any worries. I was speechless. To see my baby walk across the stage and all her friends, family, neighbors and people that we don’t even know stopped in the street to witness this. I couldn’t ask for anything better.”

Dad of the year

“Everything was just so perfect. Everyone was there to see me,” Pierce recalled. “I felt so loved. It was just great.”

And this is just the beginning for the graduate as she plans to go back to school to earn master’s and doctorate degrees.

“My end goal is work for the CDC as an epidemiologist,” she said.

Meanwhile, she has a few encouraging words to share with other 2020 graduates.

“Stay strong. This is not the end for us. We have so much more to go through — to get to. The world is our oyster. There’s no stopping us.”