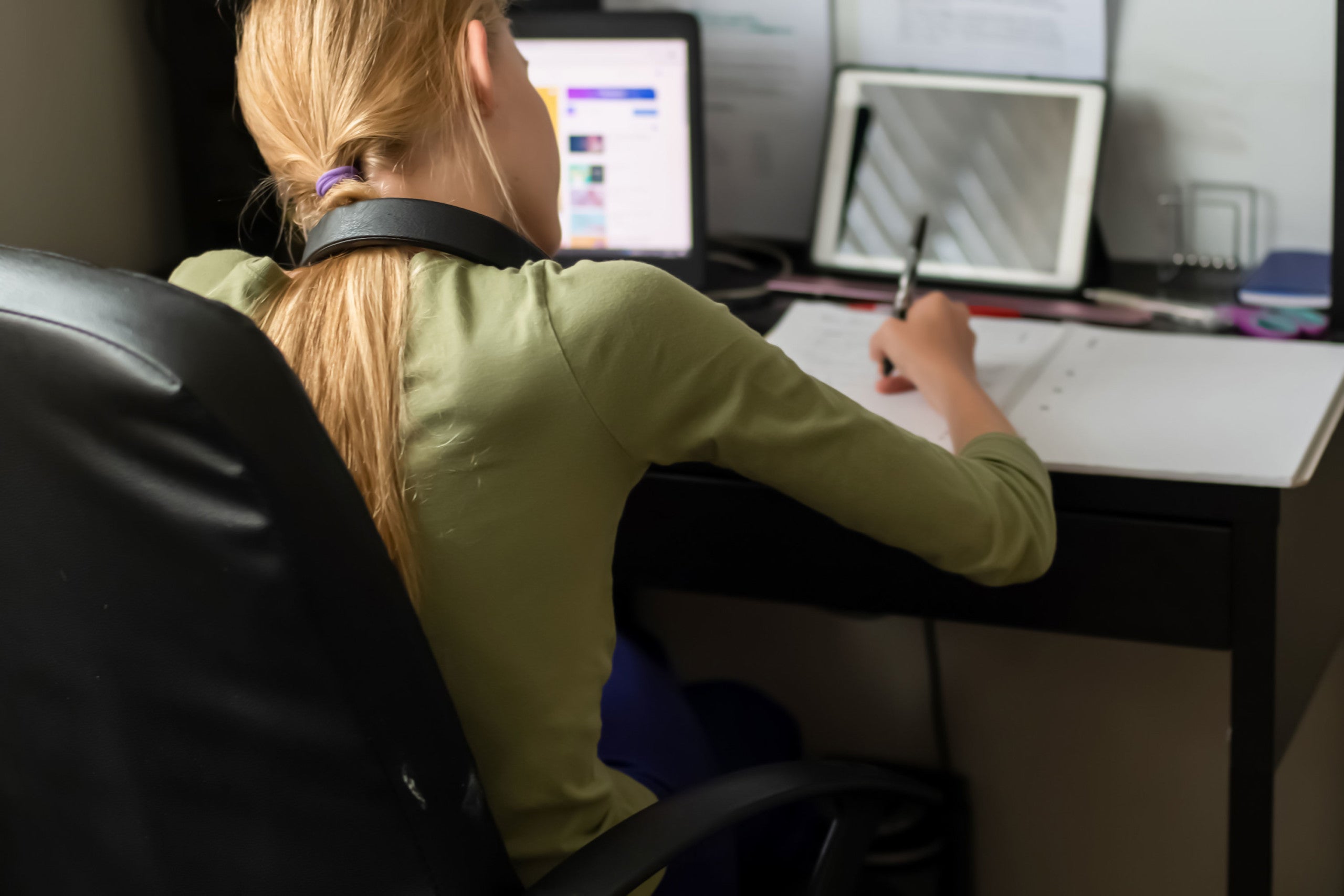 (CNN) — High school students who took Advanced Placement exams online this week may have to do it again next month because of a technical glitch.

Since the coronavirus pandemic has closed schools, students are forced to take their college credit exams online this year, but several students reported problems submitting the answers tfor their timed exam.

The College Board, the organization that gives AP exams, told CNN they’re aware that some students had difficulty completing their tests.

On Wednesday, The College Board said they “took a closer look and found that outdated browsers were a primary cause of these challenges,” they wrote in a tweet.

With 45 seconds left in her exam, 11th-grader Maggie McLauchlin of Jacksonville, Florida, took a video of what appears to be a black screen as she tried to upload her exam answers as instructed by The College Board.

“I’m trying to take the picture but there’s just black and I only have 45 seconds left,” Maggie says tearfully. “It’s not working.”

Maggie’s mother, Laura McLauchlin said her daughter, like many other teens, have been studying for her AP exams for months. The idea of retesting is unsettling.

“You only have 48 hours to request a retest,” Laura McLauchlin said. “But at the same time, they don’t send a confirmation email so now we’re in this limbo of wondering if she’s registered for the retest.”

She said an outdated browser could not have been the cause of her daughter’s technical problems during her AP chemistry exam Thursday.

“She (Maggie) did a pretest trial where she logged in for a test and used their (The College Board’s) technology to take a photo of her mock exam and upload it and during that process, everything worked fine,” she said. “And so yesterday when she took her exam she had every reason to believe that the system would work.”

AP testing began Monday and will wrap up May 22.

“After the first few days of testing, our data show the vast majority of students successfully completed their exams, with less than 1 percent unable to submit their responses,” The College Board said in a statement to CNN Friday. “We share the deep disappointment of students who were unable to complete their exam — whether for technical issues or other reasons.”

How do at home AP exams work?

The format of each tests varies depending on what subject the student is being tested on. For most exams, the first portion consists of multiple choice questions and the second part entails a few free-response questions.

In the case of at-home testing for 2020’s AP exams, The College Board’s website says each exam is given at a specific time worldwide, with one or two free-response questions.

All of the exams are open book, open notes and timed for 45 minutes. The College Board asks that students log in 30 minutes prior to the test time.

According to The College Board’s website, “students will be able to take exams on any device they have access to—computer, tablet, or smartphone. They’ll be able to either type and upload their responses or write responses by hand and submit a photo via their cell phone.”

Makeup test dates for each subject will be June 1-5.

In its statement, The College Board said they’re “working to understand these students’ unique circumstances in advance of the June makeup Exams. Any student who encountered an issue during their Exam will be able to retest.”

Students will not have to pay another fee to retest, but students who have already paid or do not want to retest and would like a refund will need to talk to their school’s AP coordinator, according to a statement from The College Board.

Reuben Fuchs, 17, is a student at The American School in Japan.

Fuchs told CNN he registered to take four AP tests and because of the time difference, he’s been waking up at 3 and 5 a.m. to take the exams.

Of the four exams he’s taken, two were not submitted because of a technical glitch.

In a video he tweeted, he demonstrated different ways he tried to upload his exam answers but failed each time.

“Besides just being frustrating, its very discomforting,” Fuchs said. “Since I expected the stress of the tests to be over by now. But now I will have to restudy my material and dedicate more time than necessary for this test, and at no fault of mine.”

Fuchs said he hopes The College Board will allow him to submit his old answers based off the time stamp from when the photos were taken. If they don’t, he hopes that when he does retest, the same error won’t happen again.

Jamye Smith is an AP US History teacher at Fort Zumwalt North High School in O’Fallon, Missouri. She told CNN 27 of her students signed up to take the test. So far she’s heard from three students who were unable to submit their exams due to a variety of errors, none of which they caused, she said.

Smith said her colleagues teaching other subjects also said their students struggled to do the same.

“I realize that to some people three students may not sound like much but to those three, and me, it’s a very big deal,” she said. “They’ve worked really hard for months, while working, playing sports and taking other advanced classes.”

Smith said she empathized with her students’ frustration and anger and encouraged them to sign up for a retest despite their fear for how their recent experience went.

“I reminded them of all of the work that they’ve put in, how much they’ve grown and learned, and that I believed in them and didn’t want them to have any regrets,” she said.

Smith said AP testing for students will drag on for a few more weeks “ending with a retest that will be just as, if not more stressful than their first attempt.”