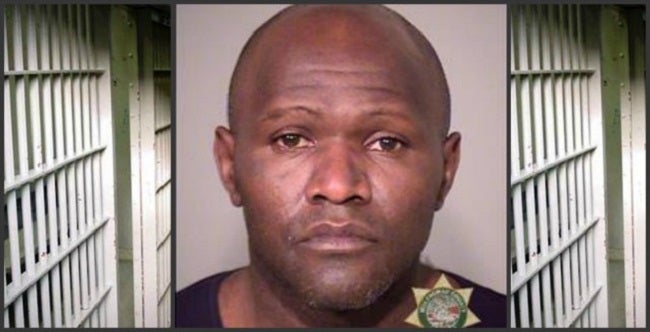 PORTLAND, Ore. (KOIN 6) – In the 1992 movie ‘Home Alone 2’ henchmen Marv and Harry hid inside a toy store and waited until the store closed so they could steal all the cash from the till.

Something similar just happened in Portland, according to prosecutors.

Cassius Clay Dasilva, 39, who also goes by the name of Joseph Clay Wheeler, appeared in court on Wednesday after being charged with one count each of second-degree burglary and first-degree aggravated theft.

On Tuesday, Dasilva reportedly tried to hide under the skirts of a display table at the Lloyd Center Macy’s, according to court documents. Dasilva ran off and store security was not able to find him.

The store closed at its usual time, according to records. Around 11 p.m., Macy’s security was alerted that the motion detectors were going off inside the store.

Macy security and officers responded to the store and saw Dasilva running across the sales floor, pulling a roller suitcase, records show. When officials checked the suitcase, they found over $40,000 worth of Macy’s merchandise, according to court documents.

During an interview with a PPB detective, Dasilva reportedly admitted “he had secreted himself in the Macy’s at closing time and then had proceeded to steal the merchandise recovered from the suitcase,” according to an affidavit filed by senior deputy district attorney Brian Davidson.

His plan, according to records, was to sell the merchandise, buy some meth and then go to Florida.

Dasilva has previously been convicted of five felonies, seven misdemeanors, and 13 probation violations.

He is due back in court next month but remains out of custody.