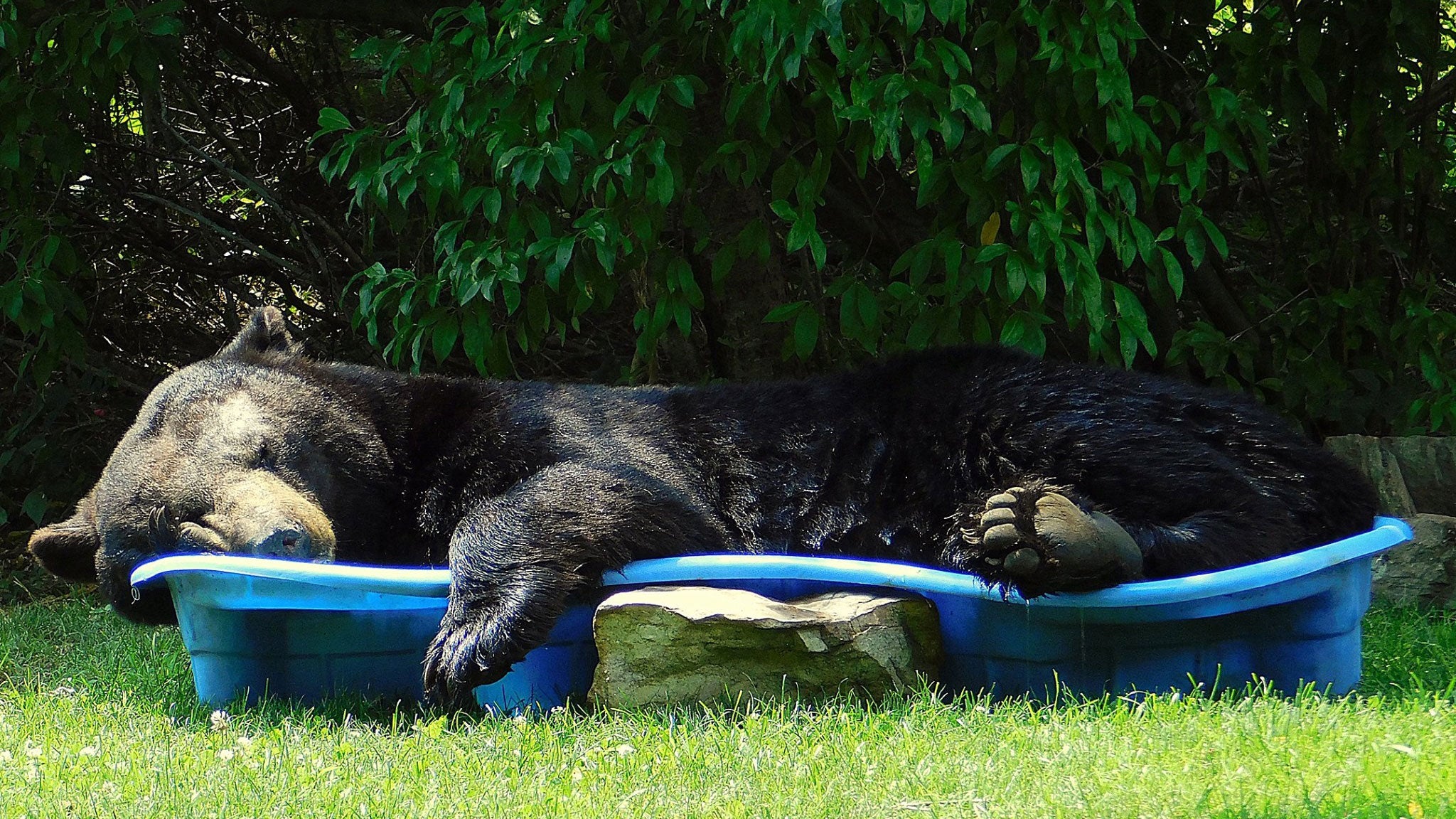 (CNN) — A woman in Virginia was delighted when a large black bear decided to take a nap in a kiddie pool she had in her backyard.

Regina Keller, no stranger to bears, has been taking pictures of the wildlife in her backyard for 12 years.

Her home is remote and backs up to the George Washington National Forest in Fort Valley, Virginia, so she is used to a variety of furry visitors including deer, bears, foxes, and squirrels.

On July 19, she was watering her flowers when a large male bear wandered into her yard.

“This was the biggest one I’ve seen this year,” Keller told CNN.

As the bear walked around, she recognized him and realized she hadn’t seen him in her yard in two years.

“He wandered around the backyard… and went over by the pool and dipped his big paw in the water… and then climbed right in and laid down. He seemed so content and refreshed.”

She said she had retreated to a chair by the door to her home just to observe him. The bear stayed in the pool relaxing and napping for about an hour before he was chased off by the sound of her grandchildren arriving in her driveway with their dogs.

“It was neat to see and neat that I had my camera with me to capture it,” she said.

IPS Board Meetings / 56 mins ago