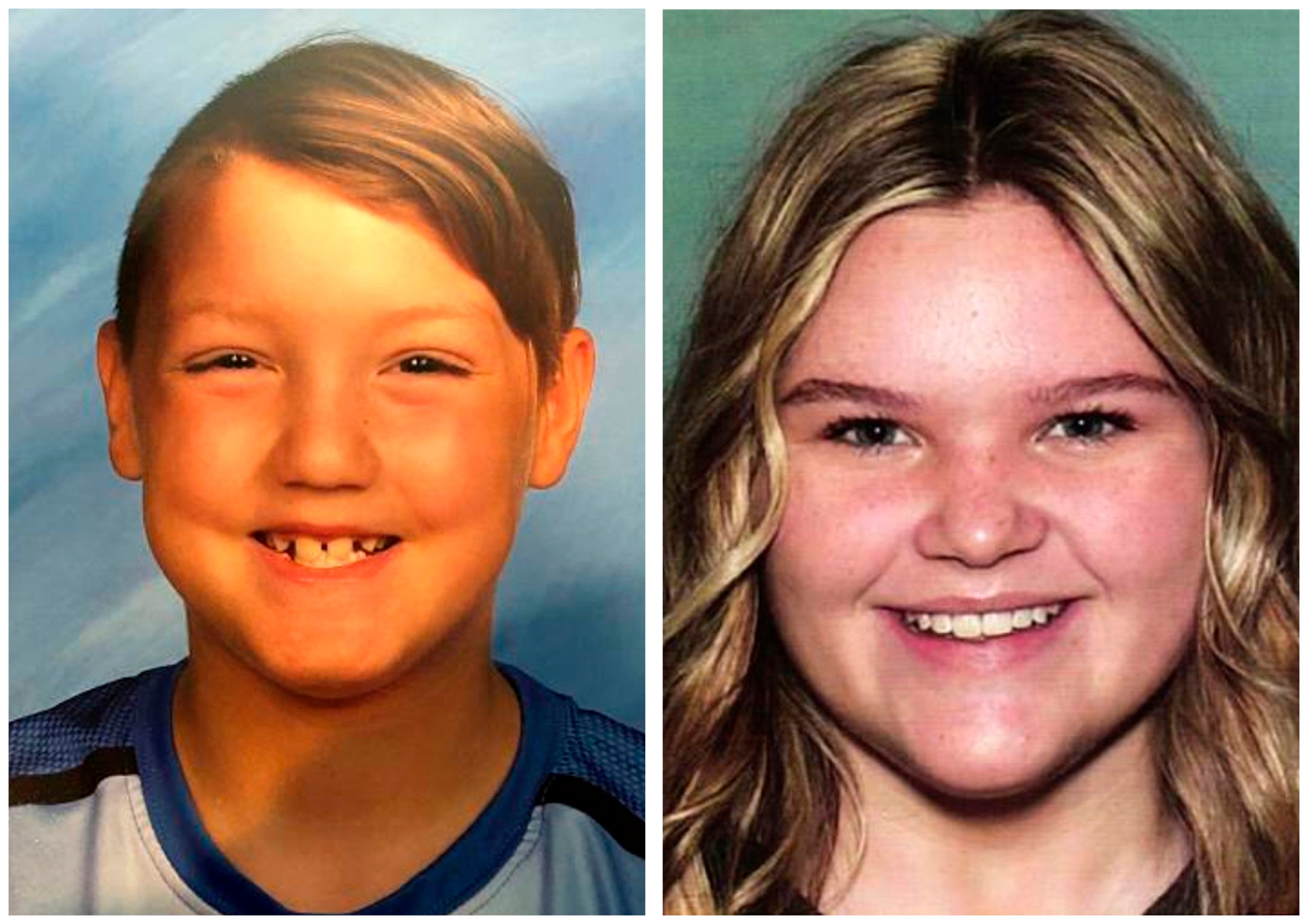 FILE - This combination of undated file photos released by the National Center for Missing & Exploited Children show missing children Joshua Vallow, left, and Tylee Ryan. Investigators returned Tuesday, June 9, 2020 to search the Idaho home of a man with ties to the mysterious disappearance of the two children who haven't been seen since last year. It's the second search of Chad Daybell's home in a case that has vexed investigators for months and attracted worldwide attention. Seven-year-old Joshua "JJ" Vallow and Ryan, 17, haven't been seen since September, and police say both Chad and Lori Daybell lied to investigators about the childrens' whereabouts. (National Center for Missing & Exploited Children via AP, File)
by: Amir Vera, CNN
Posted: Jun 13, 2020 / 05:09 PM EST / Updated: Jun 13, 2020 / 05:09 PM EST

(CNN) — Idaho police confirmed the two sets of human remains found at Chad Daybell’s home were those of two missing children who had not been seen since September, according to a news release issued Saturday.

Daybell is married to Lori Vallow, the mother of the children, 17-year-old Tylee Ryan and 7-year-old Joshua “JJ” Vallow.

A search warrant was executed Tuesday at Daybell’s home in Fremont County, near the Wyoming border, where the remains were found. After being taken to the medical examiner’s office, the bodies were identified as JJ and Tylee.

“It is not the outcome we had hoped; to be able to find the children safe. Our hearts and prayers go out to the families of JJ and Tylee,” the Rexburg Police Department said in a news release.

Tylee was last seen when she visited Yellowstone National Park on September 8 with her brother, her mother and her uncle, Alex Cox, according to authorities. JJ was last seen at a school in Idaho later that month.

Vallow and Daybell married in November, not long after their previous spouses died and Vallow’s children were last seen.

Daybell appeared in court Wednesday on charges of destroying evidence. His bail was set at $1 million.

The charges against Daybell are part of a sprawling investigation that has stretched from Idaho to Arizona to Hawaii, picked up connections to a deep religious ideology and raised new questions about the deaths of other family members.

Vallow is currently awaiting trial for multiple charges, including two felony counts of desertion and nonsupport of children, according to a criminal complaint filed with an Idaho court.