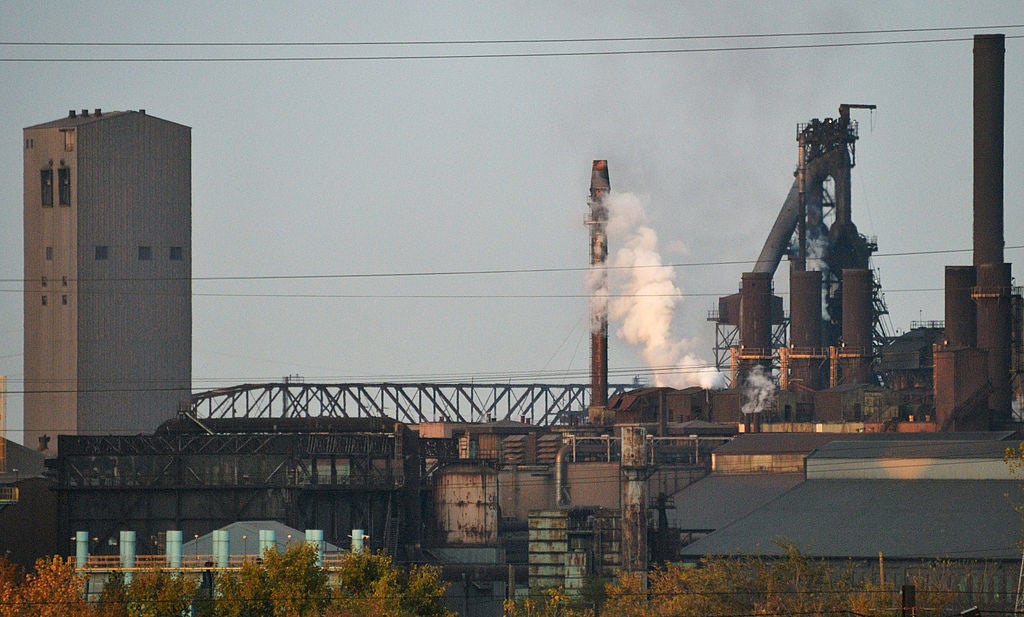 The smokestacks of US Steel - which was the source of Gary, Indiana's meteoric rise at the turn of the century and collapse in the 1970's - are seen on November 2, 2011. Gary, Indiana is using its thousands of abandoned buildings and proximity to Chicago to draw the film industry to this hard-hit industrial town. But without many restaurants, shops and hotels most of the money movie crews bring gets spent in neighboring towns. AFP PHOTO/MIRA OBERMAN (Photo credit should read MIRA OBERMAN/AFP via Getty Images)
by: Associated Press
Posted: May 12, 2022 / 01:21 PM EST / Updated: May 12, 2022 / 01:21 PM EST

CROWN POINT, Ind., (AP) — Indiana’s appeals court has overturned the murder conviction of a Gary man sentenced last year to 115 years in prison for a fatal shooting at a gas station.

The 2-1 decision released Wednesday overturned 31-year-old Marquis D. Young’s murder conviction and his convictions on two counts of attempted murder, citing a lack of evidence. A jury convicted Young in the shooting that killed 27-year-old Dion Clayton and wounded two other men.

But appeals court Judge Nancy Vaidik wrote that a cigarette butt with Young’s DNA on it that police found near the gas station two days after the shooting “comes nowhere close to proof beyond a reasonable doubt.”