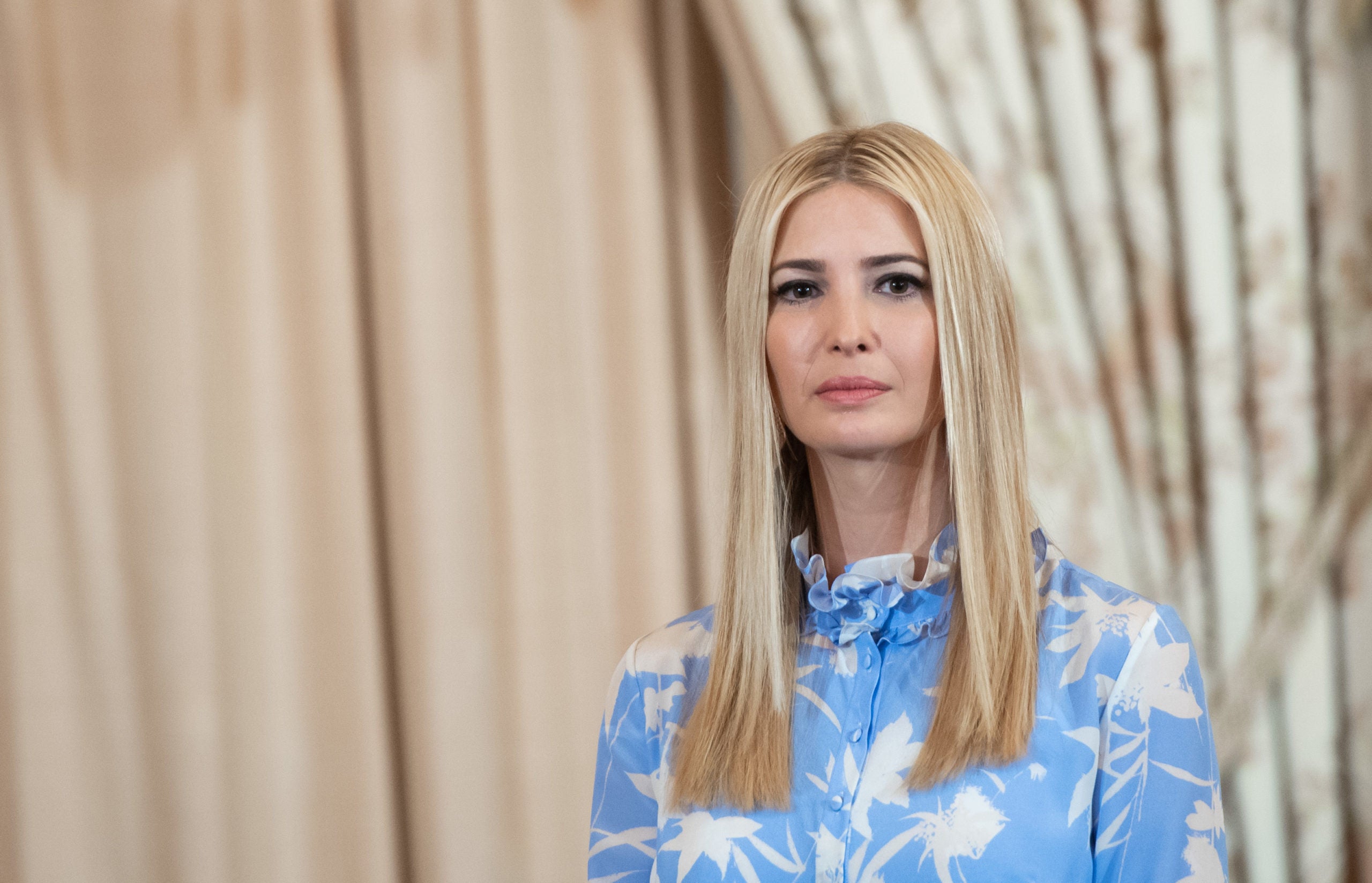 Ivanka Trump, Senior White House Advisor, attends the release of the 2019 Trafficking in Persons Report at the State Department in Washington, DC, June 20, 2019. - The US on Thursday added Saudi Arabia and Cuba to its blacklist of countries that are not doing enough to fight human trafficking, a designation that could bring sanctions. In an annual report, the State Department faulted ally Saudi Arabia for rampant violations among foreign laborers and accused adversary Cuba of trafficking through its program of sending doctors overseas. (Photo by SAUL LOEB / AFP) (Photo credit should read SAUL LOEB/AFP/Getty Images)
by: Jess Vermeulen
Posted: Feb 12, 2020 / 05:26 PM EST / Updated: Feb 12, 2020 / 05:26 PM EST

(CNN) — Ivanka Trump on Wednesday commemorated the first anniversary of her signature policy, the Women’s Global Development and Prosperity Initiative, with the unveiling of bipartisan legislation to support her efforts. However, the initiative drew criticism from advocates who see it as dissonant from the Trump administration’s broader global women’s policies.

Speaking at a State Department event — which featured a lengthy roster of Trump administration officials and lawmakers — the presidential adviser and first daughter announced the forthcoming introduction of the “W-GDP Act” into the House and Senate.

“This legislation would permanently authorize W-GDP and establish women’s economic empowerment as a core facet of the United States foreign policy, in line with the President’s own national security strategy,” Ms. Trump said, adding that it would “permanently elevate these efforts at the State Department by establishing for the first time ever in legislation an office of women’s empowerment led by an ambassador-at-large.”

The W-GDP initiative says it aims to enable and promote women’s economic empowerment, with a specific focus in the coming year on “eliminating legal and societal barriers that prevent women from fully participating in the economy.”

However, it has drawn skepticism and scorn from experts who point to the administration’s own restrictive global health funding practices, which are guided by its “Protecting Life in Global Health Assistance” policy, which has curtailed spending on contraception, reproductive health, and everything from child nutrition to tuberculosis treatment as well.

“Women’s economic empowerment cannot happen without bodily autonomy, without reproductive health services,” said Serra Sippel, the President of the Center for Health and Gender Equity (CHANGE). “This administration has been relentless in trying to unravel any progress on sexual and reproductive rights.”

The administration has reinstated and expanded the Mexico City Policy, also known as the Global Gag Rule, which curtails US funding overseas aid groups and health organizations that provide or promote abortion services or to those organizations that give funding to such groups. Sippel said her organization is aware of two cases — one in Malawi, the other in Kenya — where young women died due to complications from unsafe abortions.

Critics also point out that only a few positions in President Donald Trump’s Cabinet are held by women.

A senior State Department official, asked Wednesday if they saw any dissonance between their message of women’s empowerment and the administration’s policies on abortion and reproductive health access, said no.

“We are focused on the areas of law that the data has indicated are the biggest challenges in their own economic struggles,” the official said, referencing the World Bank’s Women, Business and the Law survey. The survey uses eight indicators, including mobility, pay, marriage, and parenthood, “constructed around women’s interactions with the law as they begin, progress through, and end their careers,” according to the 2020 report.

In her remarks on Wednesday, Ms. Trump highlighted the fact that the W-GDP Fund is doubled in the proposed FY2021 budget. The proposed funding bump to $200 million comes as the Trump administration proposed a 22% decrease to the International Affairs Budget for the upcoming fiscal year, as well as hefty cuts to global health programs and international organizations.

“I think what we heard this morning from all of our senior leadership is that we see this initiative as a worthwhile investment in American interests, in American peace and security,” the senior State Department official said Wednesday.