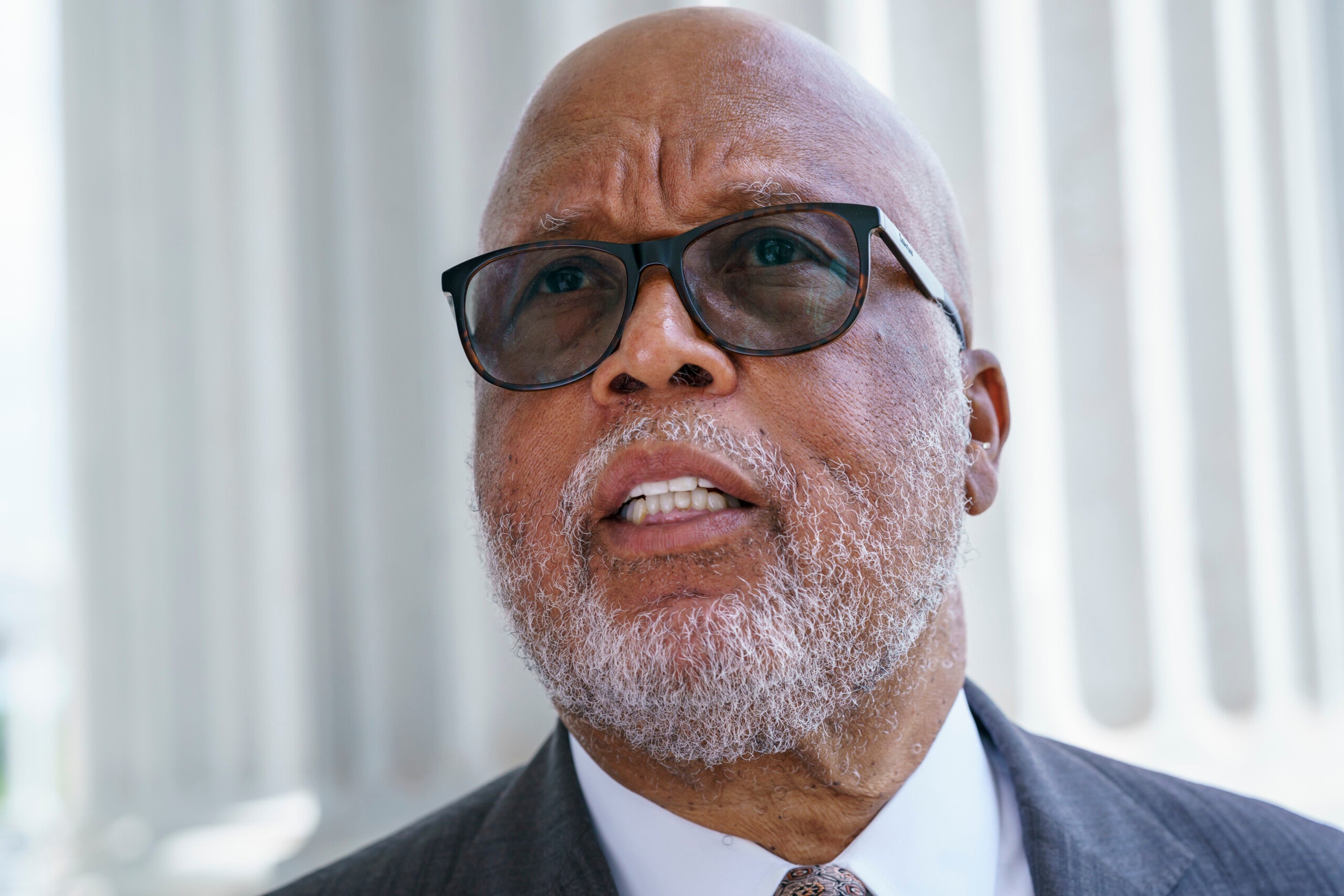 FILE - In this July 1, 2021, file photo Rep. Bennie Thompson, chairman of the House Homeland Security Committee, departs the Capitol after Speaker of the House Nancy Pelosi, D-Calif., appointed him to lead the new select committee to investigate the violent Jan. 6 insurrection at the Capitol, in Washington. (AP Photo/J. Scott Applewhite, File)
by: Annie Grayer and Ryan Nobles, CNN
Posted: Sep 21, 2021 / 05:30 AM EST / Updated: Sep 21, 2021 / 05:31 AM EST

(CNN) — The Democratic chairman of the House Select Committee investigating the deadly Jan. 6 attack on the US Capitol said Monday that the panel could start issuing subpoenas to companies and individuals who have not cooperated with records requests “within a week.”

“We will probably as a committee issue subpoenas either to witnesses or organizations within a week,” said Rep. Bennie Thompson of Mississippi.

The select committee spent most of August requesting records from a variety of government agencies and social media companies to begin charting its course for piecing together the events leading up to the Jan. 6 riot and zeroing in on who within former President Donald Trump’s White House and orbit knew what.

Earlier this month, the committee issued a thinly veiled threat to social media companies, saying the panel still needs “much more information” and would use any available means to compel them to cooperate.

On Monday, Thompson would not go into detail about which companies were cooperating with the select committee and which have been resisting the requests.

The panel has also asked a variety of telecommunication companies to preserve the records of a long list of individuals — including a group of current Republican members of Congress, who played some role in the “Stop the Steal” rally that served as the prelude to the Capitol insurrection — in the event the committee needs them.

Thompson said Monday that while subpoenas of individual lawmakers have not come up at this point, that does not mean it’s out of the question.

“They have not been discussed. But that does not mean it won’t happen,” he said.