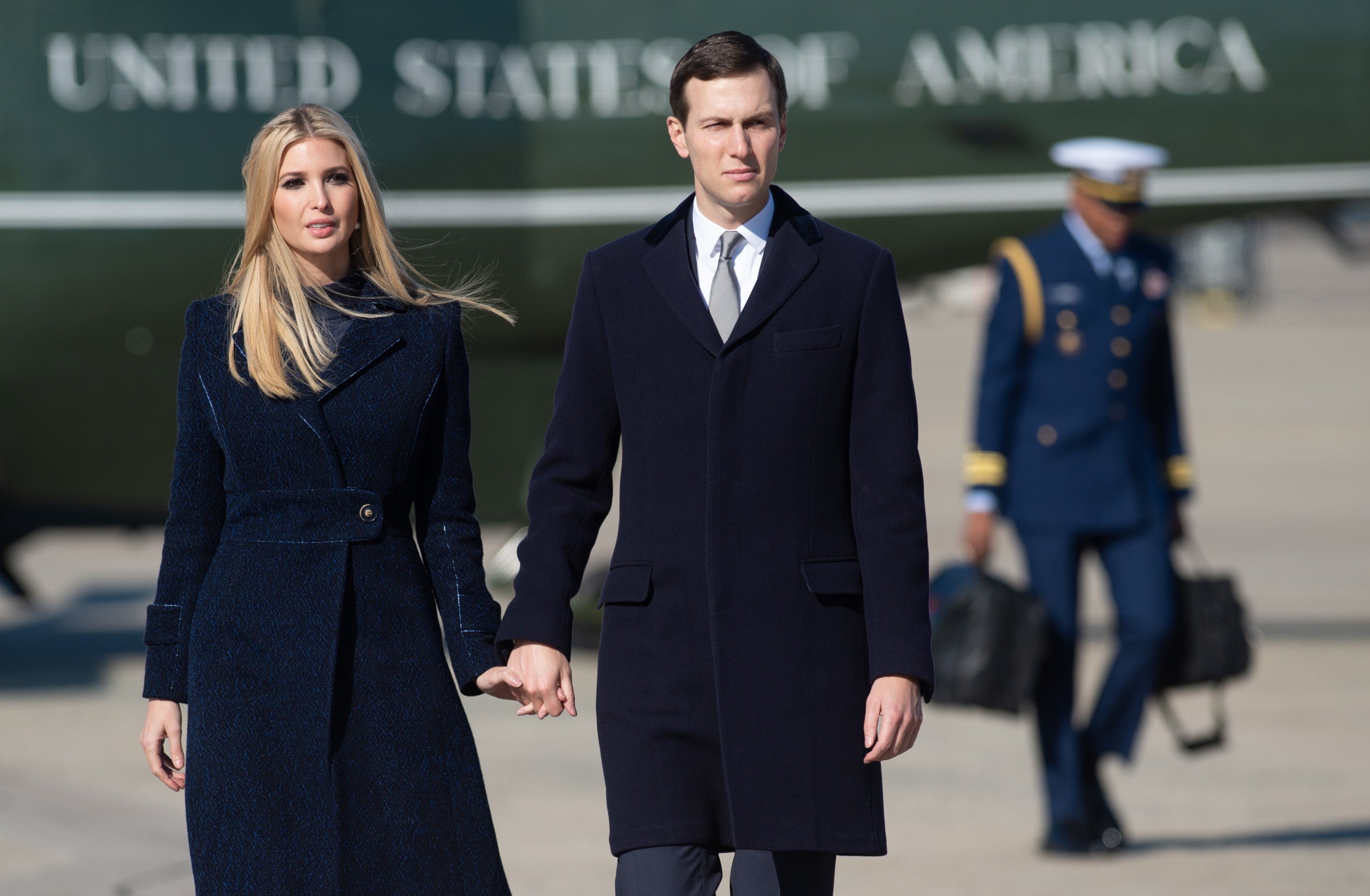 Ivanka Trump and Jared Kushner, White House Senior Advisers, walk to Air Force One prior to departure with US President Donald Trump and First Lady Melania Trump from Joint Base Andrews in Maryland, October 30, 2018, as they travel to Pittsburgh, Pennsylvania, following the shooting at the Tree of Life Synagogue. (Photo by SAUL LOEB / AFP) (Photo credit should read SAUL LOEB/AFP/Getty Images)
by: Jim Acosta and Sarah Westwood, CNN
Posted: Jun 22, 2020 / 04:35 AM EST / Updated: Jun 22, 2020 / 04:35 AM EST

(CNN) — Ivanka Trump and Jared Kushner are “pissed” at campaign manager Brad Parscale over his predictions of a much larger crowd than the one that turned out at the Tulsa rally Saturday night, according to a Trump campaign source.

“Jared and Ivanka are pissed at Brad over promising on crowd size,” the source said.

A spokesperson for Kushner later Sunday said it’s “false” that they are upset with Parscale. And Parscale declined to comment for this story.

President Donald Trump and his allies had ginned up expectations for a massive crowd in the days leading up to the rally, with campaign officials telling CNN that more than 1 million people had registered to attend and one local official stating they expected 100,000 to show up near the arena. Parscale had touted the numbers himself on Twitter last Monday.

Those crowds didn’t appear Saturday, leading the campaign to abruptly abandon plans for the President to speak to an “overflow” area outside the arena. Just fewer than 6,200 people attended, the Tulsa Fire Department said Sunday. And six campaign staffers in Tulsa tested positive for coronavirus — a revelation that reportedly caused Trump to erupt when the reports overtook coverage of the rally itself.

A separate campaign source said Trump also “has every right to be pissed” over the turnout in Tulsa.

“They gave adversaries and media a gift. It was overconfidence,” the source said of Parscale and other campaign staffers close to the planning of the event.

Campaign officials should rethink the idea of holding rallies inside arenas and begin contemplating more open-air venues like aircraft hangars, the source continued.

Donors and friends of the President also have been fuming Sunday in the wake of Trump’s poorly-attended rally, a person involved with the reelection effort told CNN.

The person said blame from this camp has focused squarely on Parscale, of whom some had already been skeptical. But some donors and allies feel the rally debacle — in which the campaign made a decision to inflate expectations about enthusiasm for the rally rather than manage them at a reasonable level — threw into sharp relief the existing management problems on the campaign, the person said.

“What happened last night is representative of a much bigger problem,” the person noted.

As CNN has reported, some Republicans working with the campaign had grown concerned that the reelection team has not adapted quickly enough to the shifting political landscape ahead of November — with the global pandemic and national movement for racial justice continuing to tilt the race away from the one campaign aides were initially planning to run.

In the hours following the rally, Parscale took to Twitter to blame the poor turnout on a myriad of factors — such as the media, protests and blocked security gates. He also pushed back on the suggestion that a coordinated effort encouraging people to register online and not show up in the days leading up to the rally could have played a role in turnout.

Another campaign adviser summed up the evening by saying “it went poorly.”

Parscale was already under pressure inside the Trump campaign, the adviser said, as the President has occasionally expressed disappointment in his performance over the last several weeks.

Parscale is facing a “decline of confidence,” from Trump’s inner circle, the adviser added.