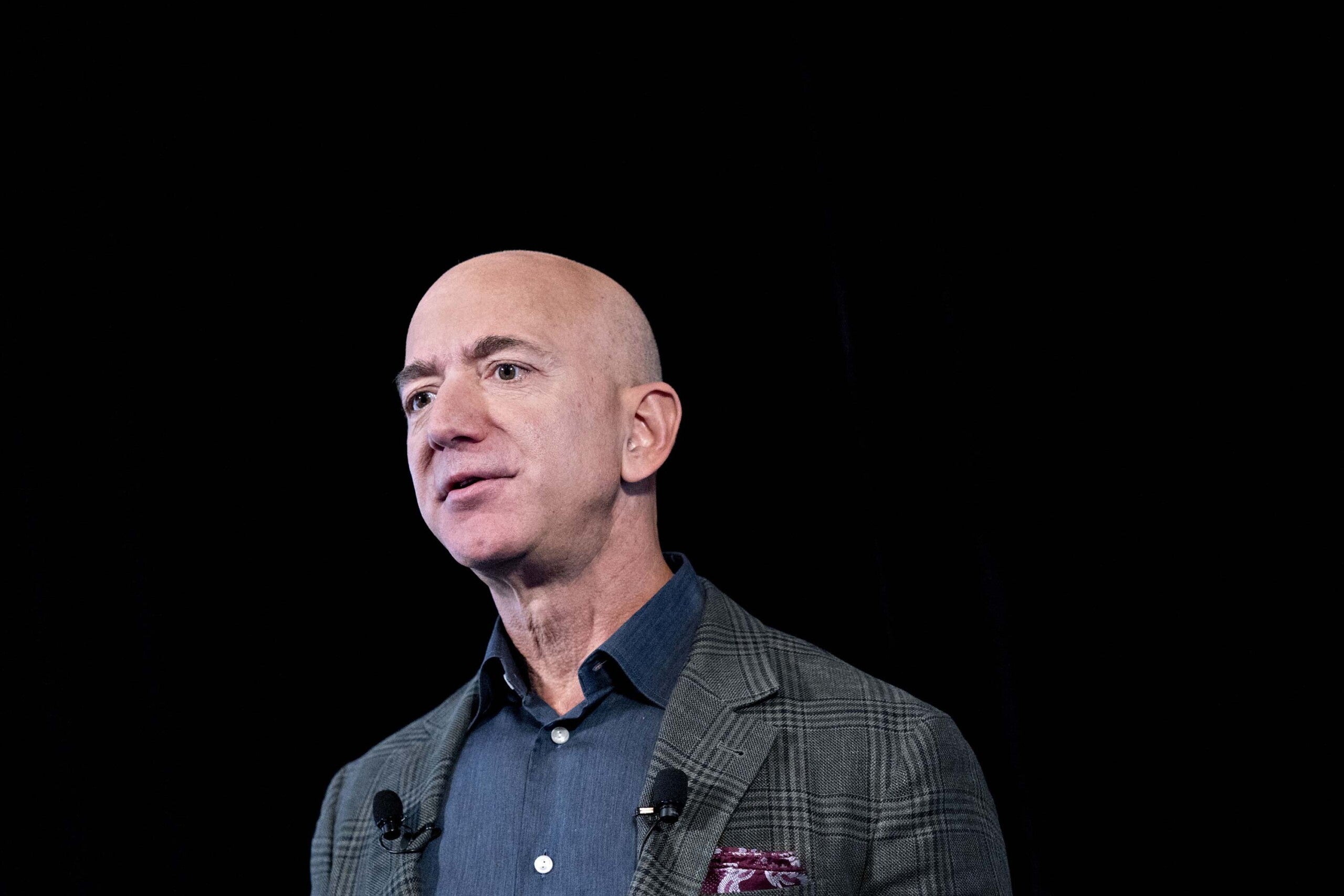 Jeff Bezos, founder and chief executive officer of Amazon.com Inc., speaks during a news conference at the National Press Club in Washington, D.C., U.S., on Thursday, Sept. 19, 2019. Bezos spoke about Amazons sustainability efforts a day before workers around the world, including more than 1,000 of his own employees, are scheduled to walk out to spotlight climate change. Photographer: Andrew Harrer/Bloomberg via Getty Images
by: Jordan Valinsky, CNN Business
Posted: Nov 5, 2020 / 10:36 AM EST / Updated: Nov 5, 2020 / 10:36 AM EST

(CNN) — Jeff Bezos sold more than $3 billion worth of his Amazon stock this week, taking advantage of a 75% surge in his company’s value this year.

The Amazon CEO didn’t explain why he sold so many shares, but he regularly sells off his stock, often using it to fund his Blue Origin space company and other ventures.

Billionaires with large holdings typically diversify their portfolios so they don’t have all their eggs in a single basket. Bezos also offloaded large amount of shares in August and February of this year, too. He has sold more than $10 billion worth of Amazon stock this year, according to OpenInsider’s compilation of Amazon’s regulatory filings. That’s up from nearly $3 billion in 2019.

Amazon didn’t immediately respond to a request for comment about Bezos’ sale.

Bezos has in the past said he sells roughly $1 billion worth of stock a year to fund Blue Origin, and he pledged to sell more than $1 billion this year as it gets closer to commercial operations. He also recently launched a $10 billion fund to combat climate change.

Last month, Blue Origin launched its space tourism rocket to the edge of Earth’s atmosphere. It marked the 13th test flight of New Shepard, as the vehicle is called, but it still has yet to fly with humans on board.

Even with the massive stock dump, Bezos remains the world’s richest person, according to Bloomberg Billionaires Index. He’s worth $191 billion, an increase of $76 billion since the beginning of the year.