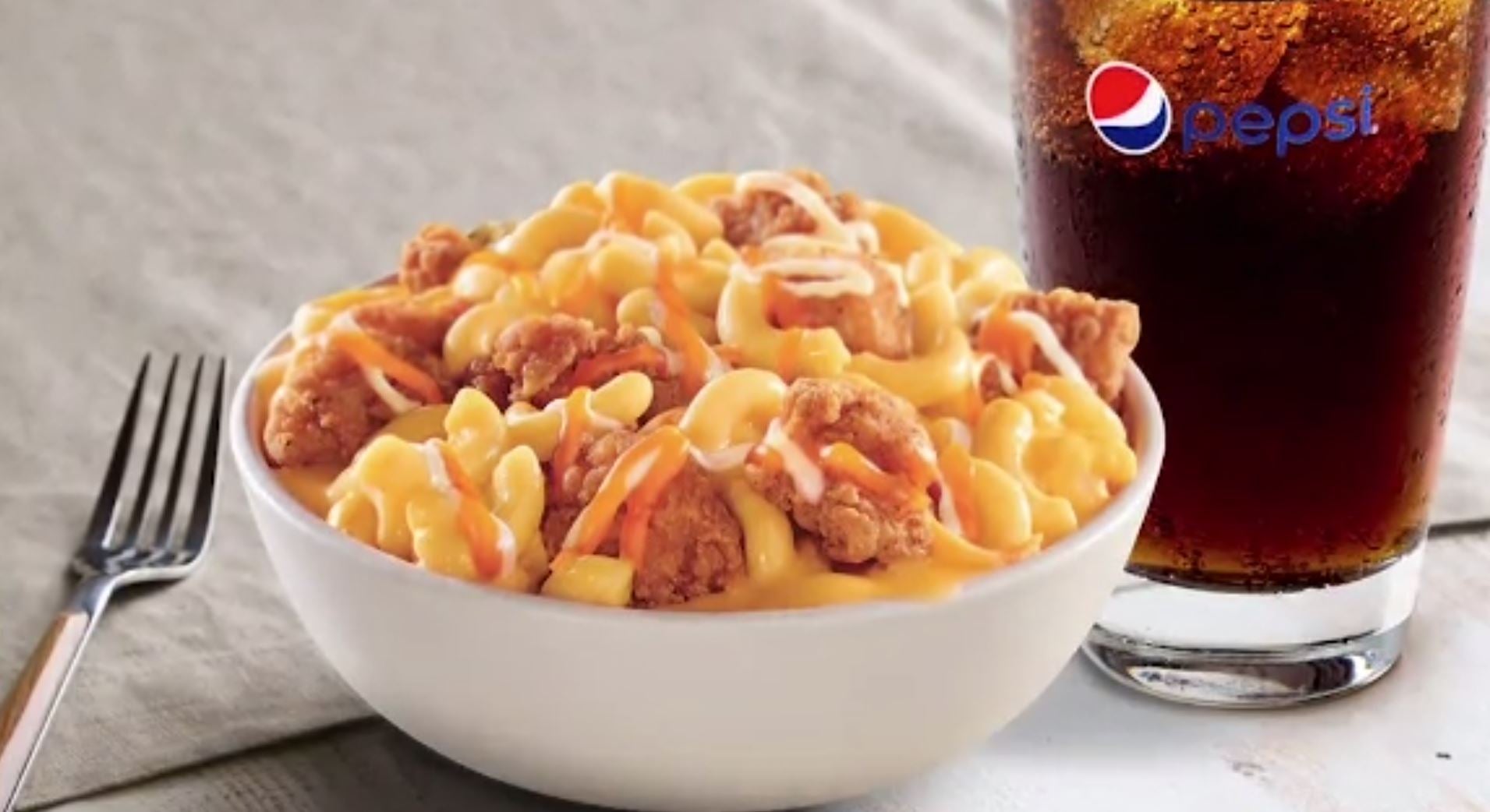 TAMPA, Fla. (CNN) – KFC has avoided the chicken sandwich war currently going on between Popeyes and Chick-fil-A, but it’s latest menu item could be a rival.

The loaded bowls will be added to the chain’s $5 fill-up menu Aug. 26.

For those who live on the wild side, there’s a Nashville hot chicken version as well.

While mac and cheese is nothing new for KFC, this version comes just weeks after Chick-fil-A added its own version of the popular side to menus.