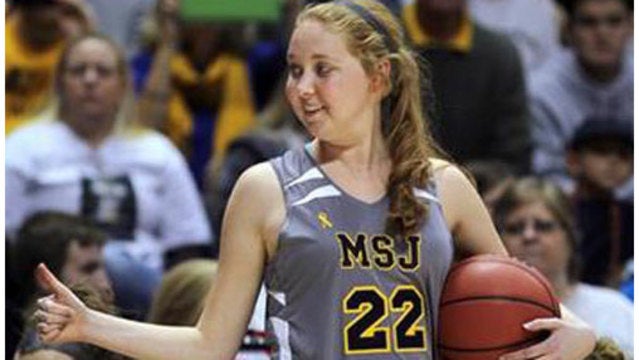 Hill died in April 2015 following a battle with brain cancer.

Hill was diagnosed with inoperable brain tumor in 2014 during her senior year of high school but decided to attend Mount St. Joseph in Cincinnati, Ohio and play basketball even though doctors gave her only a year to live.

The Ohio Basketball Hall of Fame made the announcement in July. Hill will be be going into the Ohio Hall of Fame with 19 other inductees.

Hill played in the season opener for Mount St. Joseph University’s basketball team in 2014 and posthumously received the “Best Moment Award” at the ESPY’s for her performance.