Lawyer blames ‘Foxitis’ for his US Capitol riot client’s actions 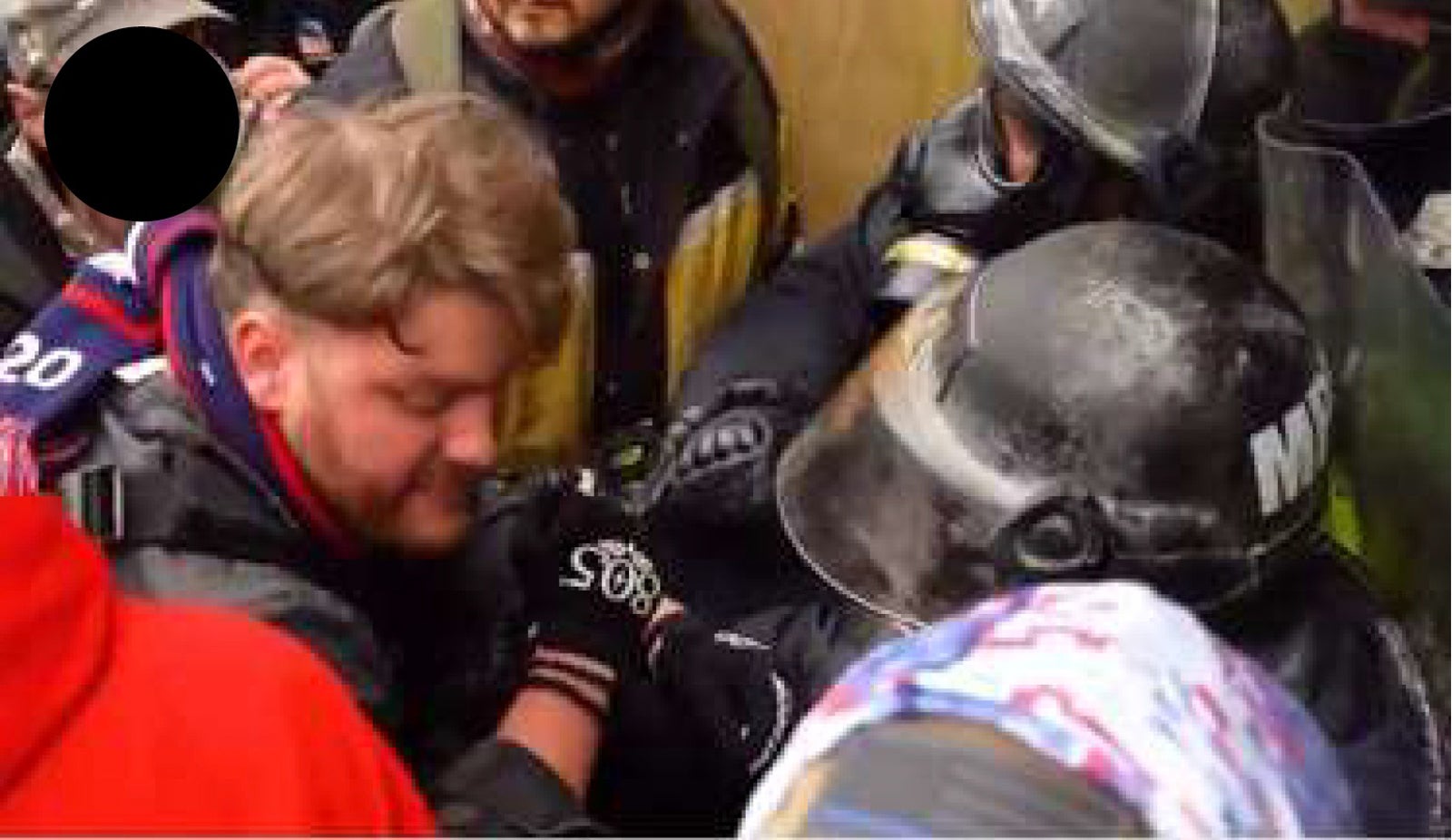 Antonio, his lawyer Joseph Hurley said, had lost his job at the beginning of the pandemic and for the next six months watched Fox News constantly. Antonio developed what his lawyer called “Foxitis” and “Foxmania,” and believed the lies about the 2020 election from Fox News and then-President Donald Trump.

“He believed what was being fed to him,” Hurley said.

Many Capitol riot defendants have blamed Trump for their actions, with little legal success. Some judges have also expressed concern about right-wing media outlets continuing to stoke anger amongst Trump supporters.

Antonio’s court appearance was disrupted, however, by an outburst from another defendant, Landon Copeland of Utah.

Copeland disrupted the proceedings even before his hearing began. He was dialed into a videoconference with a federal judge in Washington who was holding hearings for several other Capitol riot defendants at the same time. Copeland was scheduled to be the last case called for the day, and repeatedly shouted while other rioters appeared before the judge.

After Antonio’s attorney blamed Fox News and “Foxitis,” Copeland, apparently enraged by these comments, shouted, “I object.” He was subsequently placed on mute by federal magistrate Judge Robin Meriweather.

Immediately after Copeland was taken off mute, he screamed, “I am going to tell the truth.” He then launched into a tirade against his own lawyers, law enforcement and the judge.

“I don’t like you people” Copeland said, over the protest of his attorney Ryan Stout. “… I don’t know who you are, you are a robot to me. I’m out here in the desert, in no-man’s-land. You can’t find me if I don’t want you to.”

He continued, “You’re evil, that’s what you are. You need to shut up.”

As Copeland shouted, Meriweather paused the hearing and sent Copeland to a separate videoconference room. When the hearing resumed, Copeland started arguing with the clerk, said “f–k all of y’all,” and was muted again.

His attorney, Stout, said afterward that his client was going through “a crisis,” which caused his outbursts. Court officials later told the judge that they had previously been informed that Copeland suffers from PTSD.

“I don’t think he’s being belligerent intentionally, I think he’s in a crisis,” Stout said.

Copeland is not currently detained, after the Justice Department didn’t seek to keep him in jail following his arrest. Meriweather referred him to behavioral health authorities for a mental health evaluation before any future hearings.

Earlier in the hearing, Copeland’s friends and family members crashed the video call. They had explicit usernames, loudly played background noise and spoke during other defendants’ hearings. Two people, Copeland’s mother and a friend, were asked to leave. Another friend was removed by a court official.

Prosecutors say that Copeland stole a riot shield, turned a metal fence into a weapon and shoved other rioters into the police line on Jan. 6. He hasn’t yet entered a plea to his four charges.

Antonio is alleged to have shouted threatening statements at police, poured water on an officer being dragged down the Capitol steps, and have gotten hold of a riot shield and gas mask, according to court documents. Antonio then briefly entered the Capitol through a shattered window and tossed around broken furniture, according to court filings.

“I didn’t help him when I should have,” Antonio told the agents. He said he would not be able to get the image of Fanone out of his head.

Antonio is charged with five federal crimes related to the riot, including violent entry and disorderly conduct on Capitol grounds and destruction of government property. He has not yet entered a plea.