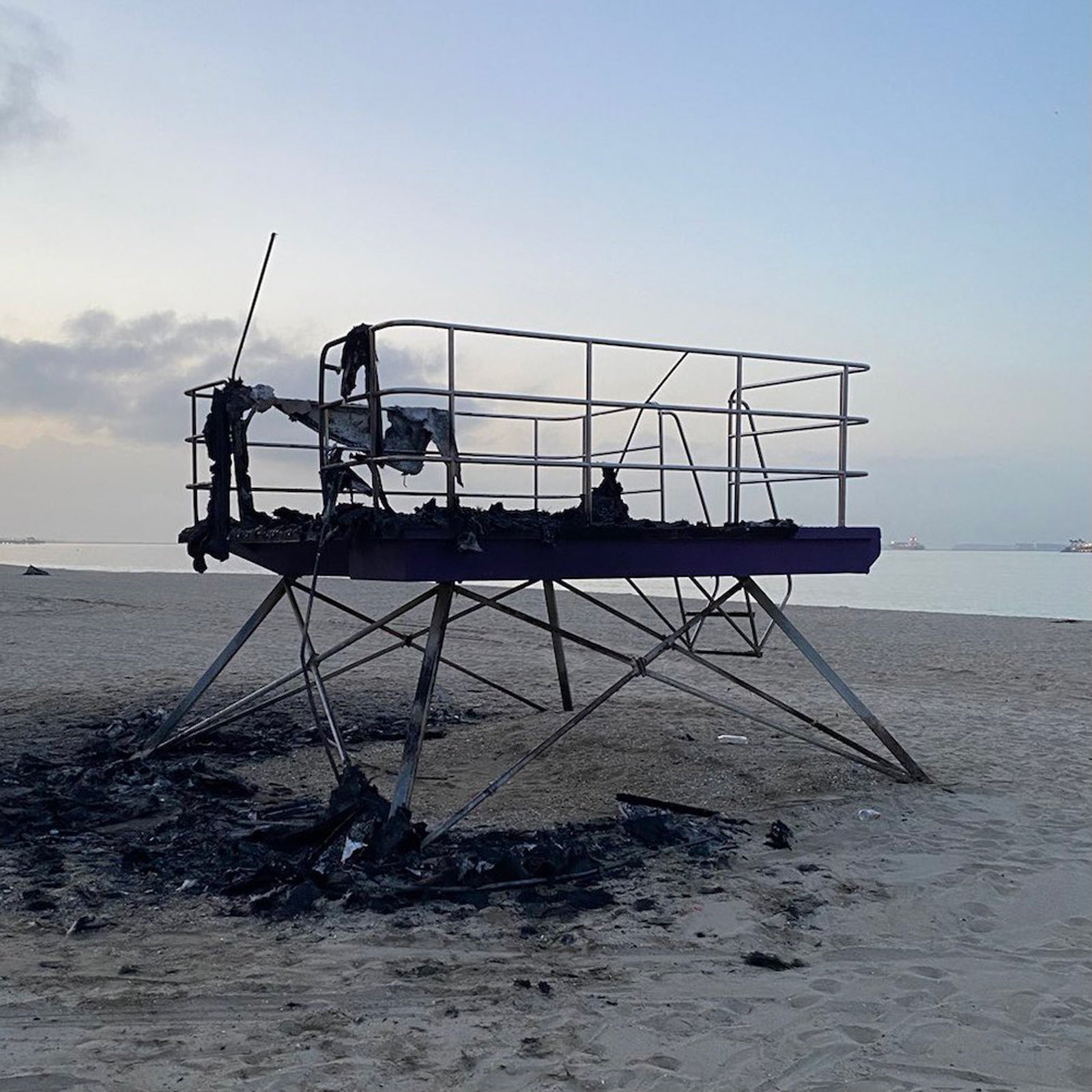 (CNN) — The city of Long Beach, California, is working to rebuild a symbol of LGBTQ inclusion after it was destroyed in a fire that officials believe was an act of hate.

The Long Beach Fire Department says the city’s Pride lifeguard tower was “fully engulfed” in flames early Tuesday morning. The tower has been a “symbol of our strong support for the diversity within our ranks & community” since it was painted during Pride month in 2020 by the Marine Safety Division, the LBFD says.

“I was pretty emotional with what had happened,” Jeremy Rocha, a lifeguard who helped paint the tower, told CNN affiliate KCBS/KCAL. “I just couldn’t really fathom the fact that it had burned.”

While the department says the cause of the fire is under investigation, Long Beach Mayor Robert Garcia has “little doubt this was an act of hate.” Garcia is one of several city leaders that believe the fire was intentional.

“These towers are made from fiberglass and have no power or gas capabilities,” Councilwoman Cindy Allen wrote on Facebook. “We haven’t had a lifeguard station burn down since at least the 1950s.”

Long Beach lifeguards, community members, and city leaders gathered at the spot of the suspected arson Wednesday to show solidarity with the LGBTQ community.

Lifeguards are going to replace and repaint the tower, which Garcia says will be rebuilt “even gayer.”

Rocha says he wants the new tower to show support for other diversity and inclusion movements to show that “we are not just a community that looks out for ourselves but we look out for all minorities.”