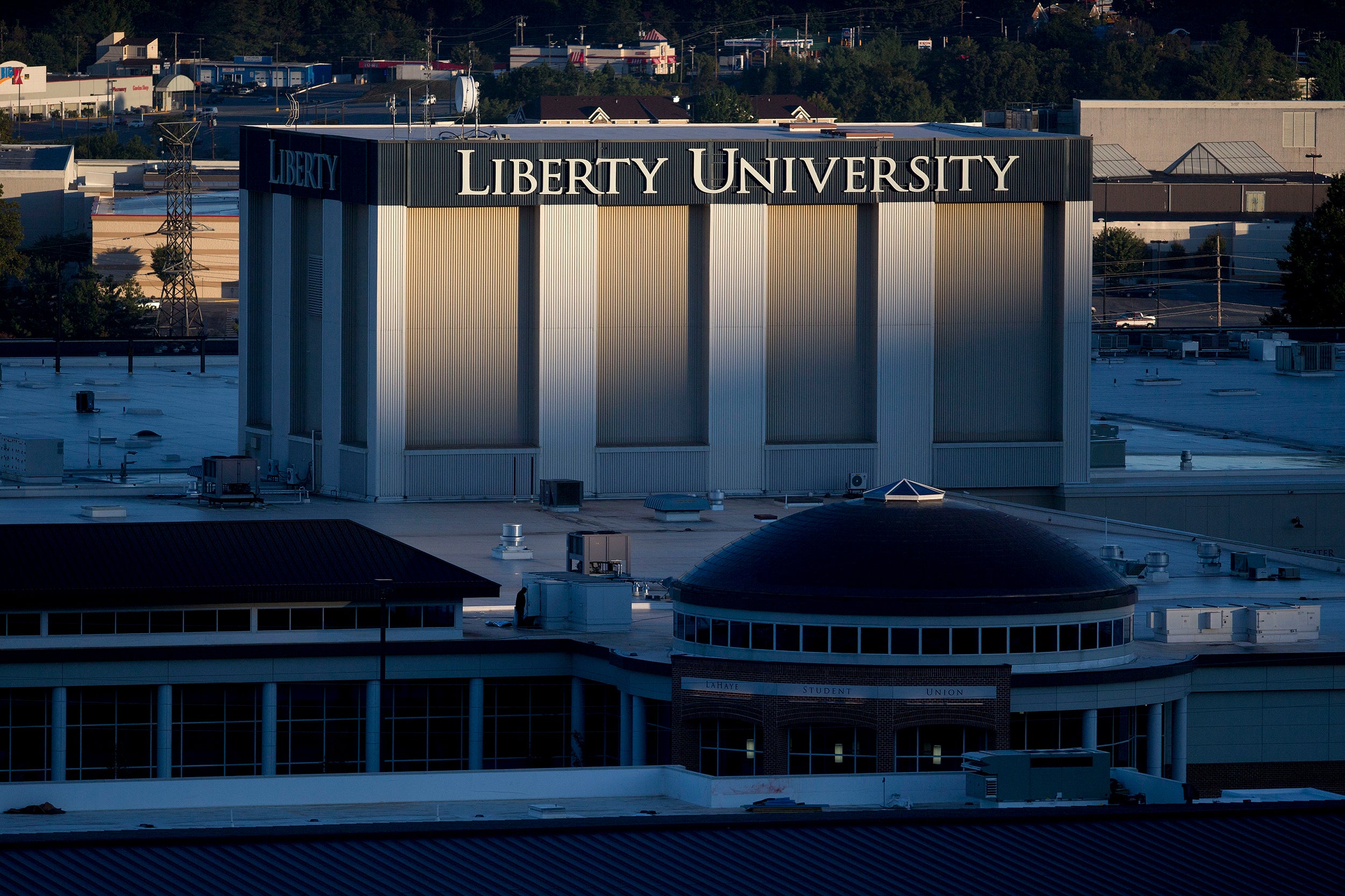 (CNN) — Liberty University has been sued by 12 women who claim the school created an environment on its Virginia campus that increased the likelihood of sexual assault and rape.

The lawsuit includes claims of sexual assault and accuses the Lynchburg school of creating a hostile environment toward the plaintiffs.

The university also promoted attacks on and discrimination against women through a series of policies that discouraged sex before marriage and punished those who reported misconduct, the lawsuit states.

The plaintiffs, who are not named in the lawsuit, include women who were students or employees at the university and one non-student who was a minor at the time of the alleged wrongdoing.

They are referred to in the lawsuit as Jane Doe numbers 1-12 and are seeking a jury trial to determine damages, according to the complaint filed in US District Court in the Eastern District of New York on Tuesday.

According to the complaint, the school created the environment in three ways:

First, the lawsuit alleges “The Liberty Way,” which is the school’s student honor code, makes it difficult to report sexual violence because it doesn’t clearly shield students making the reports from punishment for infractions, including being at a place where alcohol is served — or being alone with a member of the opposite sex.

Second, there is a tacit policy that condones sexual violence, particularly by male student athletes, by weighing a denial more heavily than an allegation, the lawsuit claims.

Third, the plaintiffs claim in the lawsuit that the school engages in public and repeated retaliation against women who have reported sexual violence.

“Liberty University has intentionally created a campus environment where sexual assaults and rapes are foreseeably more likely to occur than they would in the absence of Liberty’s policies,” the lawsuit states.

In a statement, Liberty University called the allegations “deeply troubling, if they turn out to be true.”

“Many of the claims are the complete opposite of how the University’s policies and procedures were designed to operate over the years,” the University said in the statement. “Liberty has invested mightily in programs and personnel to help maintain a safe campus and to support any and all victims of sexual assault who came forward.”

The school said it would look into each allegation and that it has a “robust non-discrimination policy, which includes an amnesty policy to encourage victims to make reports without fearing that their involvement in other activities like drinking alcohol or extramarital sex will be disciplined under the student honor code.”

“That policy includes a fair process for resolving disputes about rape, sexual harassment, sex discrimination and retaliation, as well as providing supportive measures as appropriate,” the statement to WDBJ said.

Some plaintiffs involved in the complaint said they were discouraged from reporting assault allegations because they would be admitting their own violations of the Liberty Way policy.

Instead of being encouraged to report, some plaintiffs alleged they were told they would be subject to “discipline that could include expulsion,” the lawsuit states.

“Some students who actually self-reported their own violations of the Liberty Way or were the victims of sexual violence … were actually disciplined and fined in spite of their prompt report.”

One plaintiff, identified in the lawsuit as Jane Doe 3, who was a student at the time, said she was told by her resident advisor that she would suffer penalties for reporting that she had been sexually assaulted by a student athlete after a party because the school would penalize her for drinking, the lawsuit claims.

After making the report despite her resident advisor’s warning, she was “forced to undergo ‘spiritual guidance,'” according to the complaint.

The student had included photos of bruising she suffered during her alleged attack in her report, which she later discovered had been removed from her Title IX investigative file for being “too explicit,” according to the suit.

A second plaintiff, Jane Doe 10, who was a student in 2014, said she was raped by her boyfriend, also a student, whom she met through two of her roommates.

After the alleged assault, the roommates reported the plaintiff to the Student Conduct Office, the complaint states.

Although the plaintiff “attempted to make clear that she was the victim of a rape, Liberty University’s Student Conduct Office gave her no opportunity to do so and, instead, forced her to sit with her rapist and apologize to her roommates for her violation of the Liberty Way,” the complaint states.

Another plaintiff, Jane Doe 12, attended a Liberty University summer camp as a minor in 2000 and said she was attacked by a male on campus, harassed by campus police and then forced by officers investigating the alleged attack to allow herself to be photographed naked by a female debate coach, the complaint states.

Two women complained about a supervisor. They were employees of Liberty University at the time of the incidents detailed in the lawsuit.

Jane Doe 1 said she suffered an allergic reaction in October 2013 and her male supervisor came to her home at 2 a.m. and forced her to take unmarked medication, according to the lawsuit.

The woman said she passed out after taking the medication and woke up with her supervisor’s “hands on her neck,” according to the lawsuit. The plaintiff said she threatened to scream to alert her neighbors and the supervisor left. The man allegedly came back the next day and tried to forcefully kiss the plaintiff, who rejected the advance, the complaint states.

The supervisor then threatened to have the plaintiff, who was a foreign national working on an H-1B visa at the time, deported, the lawsuit states.

The employee was eventually encouraged by coworkers to report her experience to Liberty University’s Human Resources Department.

The “HR Department made clear that it viewed (the supervisor) as wholly credible because he was a ‘man of god’ and (the plaintiff) as incredible because she was attempting to ‘smear a man of god,'” the complaint states.

Another plaintiff, identified as Jane Doe 8, said she was “subject to pervasive and systematic sexual harassment” by the same supervisor when she was employed at the university from November 2008 through October 2011.

The supervisor made “sexually explicit comments directed toward her and to student workers and other supervisors,” according to the complaint.

The conduct was reported to HR but the university took no action, the lawsuit states.

The employee eventually left her job at the university due to a “bullying campaign” by the supervisor, according to the complaint.