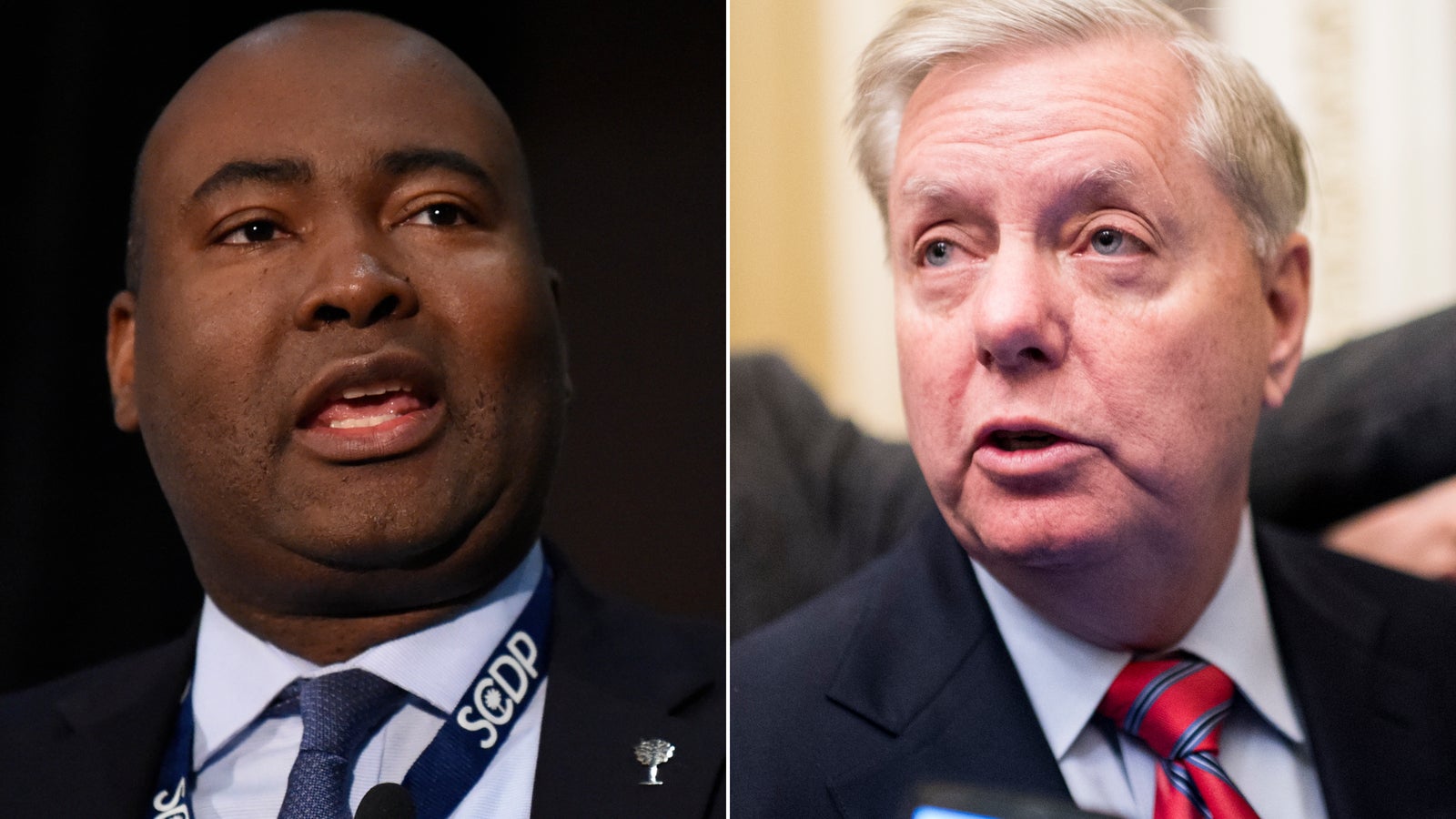 (CNN) — Sen. Lindsey Graham‘s reelection campaign posted an advertisement to Facebook earlier this month featuring a digitally altered image of his opponent — who is Black — with a darker skin tone.

The campaign ad, uploaded to Graham’s Facebook on July 23, includes an image of his Senate rival Jaime Harrison that was originally published in the New York Times. The version of the image in Graham’s ad, however, shows Harrison surrounded by a dark, portrait-style background effect with a notably darker skin tone.

“Hollywood continues to bankroll my opponent, raising tens of thousands in campaign cash to attack me — but they fail to understand this simple fact: South Carolinians won’t stand for Radical Leftists telling them how to think and how to vote,” the Facebook post states. “Are you with me?”

The Graham campaign told CNN an effect was used in creating the ad but pointed to past Facebook advertisements in which they said the same effect was used on Graham’s face, and called the issues raised about it a “non-story.”

“It’s sad that detractors are making up fake accusations about this graphic — intended to highlight Jaime Harrison’s support from Kathy Griffin, a liberal actress who once posed with a fake severed head of Donald Trump,” T.W. Arrighi, communications director for Graham’s campaign, told CNN in a statement Tuesday.

“The artistic effect used, the same one that was used on Senator Graham just two days before in a video, is a non-story. The only people who want to shift focus from policies important to South Carolinians — like creating jobs and bringing our medical supply chain back from China — are liberal detractors who are trying to hide their radical positions.”

The edited image of Harrison has garnered significant attention on social media and comes at a time of nationwide reckoning over race — a topic that has quickly defined campaign races across the country, including Harrison’s bid to unseat Graham.

Harrison’s campaign declined to comment on the record, but directed CNN to JA Moore, a South Carolina state representative and Harrison campaign surrogate, who said he was “disgusted” by the ad.

“It’s the kind of dog-whistle politics that the Republican party has been practicing for a number of years now,” Moore said.

“We don’t recognize Lindsey Graham,” Moore added. “He’s not the person that was originally elected over 20 years ago to the federal office, and I think this is just another example of a bought-and-paid-for politician who is so focused on his own personal gain and less focused on the people of South Carolina.”

That message was echoed by the Lexington County, South Carolina, Democratic Party, which tweeted that the state “will elect (Harrison) regardless of what kind of stunts Lindsey tries to pull.”

“We don’t care how dark a person’s skin might be. We vote for the person, not their skin pigment. We all know Jaime and know a fake photo,” the tweet said.

South Carolina is a Republican stronghold, voting for the GOP candidate in 13 of the last 14 presidential elections. Trump won South Carolina by 14 points, and carried the independent vote. In 2014, Graham beat his most recent Democratic challenger by nearly 16 points.

Harrison is hoping to close that gap by running a pointed campaign that hits Graham for the way he’s governed since President Donald Trump took office.

He announced his bid against Graham in a video message posted in May 2019, where he talked about his own background in the state and nodded to health care, student loans and Graham’s long record in politics — particularly the senator’s warm embrace of Trump over time.

“Here’s a guy who will say anything to stay in office,” Harrison said of Graham at the time. “Lindsey Graham can’t lead us in any direction because he traded his moral compass for petty political gain.”