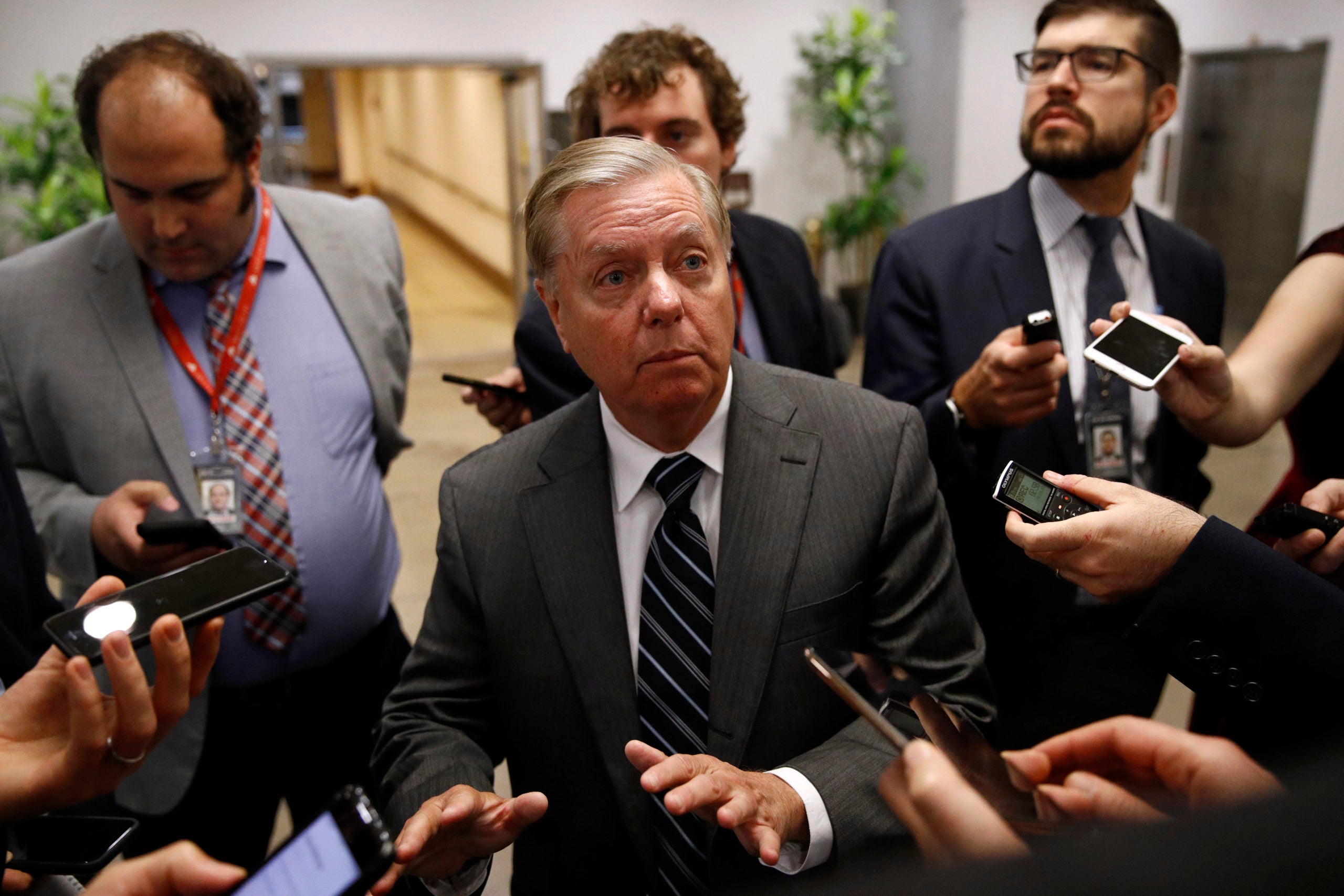 (CNN) — Senate Judiciary Chairman Lindsey Graham said Friday that President Trump is “very focused” on getting Amy Coney Barrett onto the Supreme Court and said that confirmation hearings remain “on track” after the news of the President’s coronavirus diagnosis.

Graham said during an interview with CNN that he spoke with the President this morning and that “the President was in good spirits” and asked about the Supreme Court hearings, which are slated to begin October 12.

“He was in really good spirits, we talked this morning,” Graham said of the President, adding, “First thing he asked me about was the hearing.”

“He asked me about the hearings, I said, we’re on track, we’re in a good spot. She’s going to get confirmed,” adding, “He was in a good mood, very focused on getting Amy Barrett through the Senate.”

Trump announced around 1 a.m. ET on Friday morning that he and the First Lady had tested positive for Covid-19, tweeting “We will begin our quarantine and recovery process immediately.”

Later in the day on Friday, GOP Sen. Mike Lee of Utah, who is a member of the Senate Judiciary Committee, announced that he has also tested positive for coronavirus and will “remain isolated for the next 10 days.”

Graham’s comments suggest that the Covid-19 diagnosis, and the uncertainty it has created, will not alter the quick timeline Senate Republicans have planned to vet and confirm the President’s nominee to the high court.

Getting Barrett onto the court is a major priority for congressional Republicans as well as the President and they have been moving swiftly since the President named Barrett as his nominee to lay the groundwork for confirmation prior to the election.

Top Senate Democrats, however, are already arguing following the President’s positive test that Republicans should not set a hearing schedule until the full extent of potential exposure is known.

“It is premature for Chairman Graham to commit to a hearing schedule when we do not know the full extent of potential exposure stemming from the president’s infection and before the White House puts in place a contact tracing plan to prevent further spread of the disease,” Senate Democratic leader Chuck Schumer and Senate Judiciary Committee Ranking Member Dianne Feinstein said in a joint statement.

The two Democrats went on to say, “The unfortunate news about the infection of our colleague Senator Mike Lee makes even more clear that health and safety must guide the schedule for all Senate activities.”

The CDC says asymptomatic contacts who test negative should self-quarantine for 14 days from their last exposure to someone with Covid-19. People who are asymptomatic or who have not yet developed symptoms are able to transmit the virus. Symptoms can appear within two to 14 days of exposure; symptoms most often develop with four to five days, and early mild symptoms can become more serious.

Senate Majority Leader Mitch McConnell, in an interview with radio host Hugh Hewitt, said the plan remains for Barrett’s nomination to be voted out of committee on Oct. 22, followed “very soon” by a floor vote.

“I haven’t picked an exact point to bring the nomination up,” McConnell said, adding that he’d likely announce more details on that front soon.

Republicans have told CNN the current plan is to vote on the nomination the last week of October.

Graham said that he does not know anything about Barrett’s “physical condition,” when asked about her health. Barrett tested negative for coronavirus on Friday, according to White House spokesperson Judd Deere. He added that Barrett, who is tested daily, is following CDC guidance and was last with the President on Saturday when she was officially nominated.