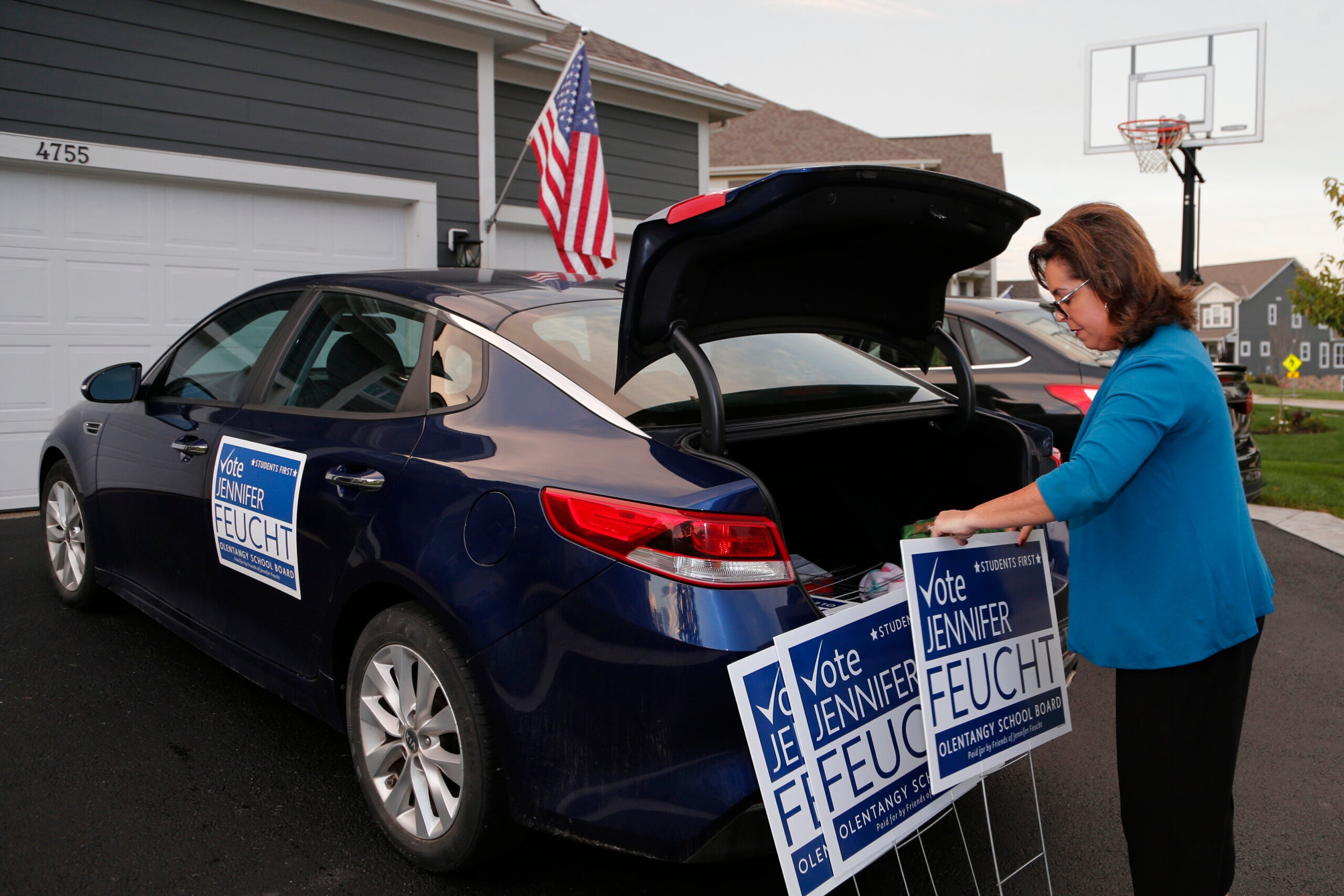 (AP) — Across the U.S., local school board races have emerged as an intense political battleground in the Nov. 2 elections, with much at stake for students.

Parental protests over COVID-19-related mask mandates, gender-neutral bathrooms and teachings about racial history, sexuality and social-emotional learning are being leveraged into full-fledged board takeover campaigns that will get their first widespread test in just a few weeks.

“What’s happening in 2021 is a prelude to some of the messaging, some of the issues we’ll see going into the midterm elections,” said Scott DiMauro, president of the Ohio Education Association, the state’s largest teachers union.

Local school board elections typically have been relatively quiet affairs where incumbents sail to reelection, often unopposed. This year, candidate training academies organized by national conservative groups and state-level recruitment efforts are encouraging challenges by right-leaning political newcomers. The results could have consequences for public education and coronavirus safety measures across the country.

The thousands of local school districts in the U.S. make it difficult to know how many sitting board members are facing challenges next month from conservative-leaning community members. But the challenges appear widespread.

In Wisconsin, a conservative legal institute is providing free legal advice on school board recalls to parent groups. In Iowa, Gov. Kim Reynolds, a Republican, has taken the unusual step of endorsing a conservative candidate for a local school board seat. And in Colorado, a group calling itself MAD that opposes remote-learning during the pandemic and what it says are partisan leanings in curriculum is endorsing like-minded school board candidates.

“It feels like schools have become a political battleground, and they shouldn’t be,” said Dan Maloit, a former Army Green Beret who runs the Colorado group. “Kids should be able to walk in and not know what their teachers believe politically or their administrators and be protected from what society’s arguing about so that they can focus on learning to read and write, understanding math, learning an unbiased history.”

Teachers unions, which for years have helped elect their own allies to school boards, are opposing the push. Their position is that many right-wing candidates are conspiracy theorists who are taking moderate positions to get elected, but once in office will oppose mask requirements and other COVID safety protocols, micromanage educators and censor classroom content they dislike.

Randi Weingarten, president of the American Federation of Teachers, called it “a craven and anti-democratic attempt to usurp local control over our kids’ education.”

“Their goal is to limit students’ understanding of historical and current events and attack common-sense safety measures such as masking by bullying those who believe in science and teaching honest history,” she said in a statement.

FreedomWorks, a conservative group that supported the rise of former President Donald Trump, launched a candidate academy in March that already has trained about 300 people nationwide, with the largest number from Ohio, said Laura Zorc, the group’s director of education reform. About 1,000 people have signed up, she said.

“My message to these parents is: Run for office if you don’t like (it) and you don’t feel your voice is being heard,” Zorc said.

Among those who acted on that message is Jennifer Feucht, a candidate in the Olentangy Local School District outside Columbus who completed training through FreedomWorks’ academy. After fighting to lift mask mandates and to get the district to declare its opposition to critical race theory, the mother of three said she has also been the victim of “vicious” attacks on social media.

“I’ve learned that they’re allowed to say things that are untrue because you’re a public figure. I never imagined that at the local level,” she said.

An especially common claim among the challengers is that schools are teaching Black children that they’re victims and white children they’re villains as part of their, which they attribute to critical race theory. It’s a characterization of districts’ responses to last year’s racial protests that national education and civil rights organizations have rejected as false and dangerous.

Critical race theory is a way of thinking about America’s history through the lens of racism that was developed in the 1970s and 1980s. While there is little evidence it is taught in schools, the concept has become a flashpoint in the culture wars since the killing of George Floyd prompted a national reckoning on race.

Julie Feasel, who had been on that Olentangy school board since 2006, opted to retire this year because all the ugliness made the job exhausting. She said she hadn’t faced a candidate challenge since 2013.

“It’s the storm of all ages when it comes to public service,” she said. “People have to educate themselves as to who’s hiding behind the curtain. It’s like the Wizard of Oz — who’s pulling the strings?”

One of the active groups in Ohio is Ohio Value Voters, which created its own spinoff — Protect Ohio Children Coalition — in April, state business records show. The group’s leaders did not return phone calls or emails seeking comment, but its website coaches parents to show up in groups of 30 and employ a “tsunami strategy” to raise hot-button social issues and disrupt board meetings.

The group also keeps an interactive “indoctrination map” that takes aim at districts offering what it describes as critical race theory, comprehensive sexuality education, and social-emotional learning. It also directs parents to the FreedomWorks training academy, stating as one of its goals “replacing radical school board officials through the election process.”

Charlie Wilson, a school board member in Worthington, another Columbus suburb, and the immediate past president of the National School Boards Association, said board seats are particularly vulnerable to challengers emerging from that movement in a year like this. It’s an off-year election cycle with mostly local races on the ballot, and turnout is expected to be low for all but the most motivated voters.

Wilson said he believes the conservative insurgents — who are often using the phrases “education transparency” and “putting our kids first” — represent a political minority.

“They’re basically running with identical messages,” he said. “I believe what they’re really wanting is they want to end all mention of race, racism, slavery, Jim Crow, the Civil Rights movement, the Holocaust. I cannot tell you the emails I and other board members have received that say, by mentioning race, we are racist.”

Zorc called that characterization of the candidates “a scare tactic.”

As a taste of what incumbents are facing, Wilson’s colleague Nikki Hudson, who is up for reelection, received a letter that threatened, “We are coming after you.” It added, “You are forcing them to wear (a) mask — for no reason in this world other than control. And for that you will pay dearly.” The letter was referred to the U.S. Justice Department, which is investigating.

“It’s really demoralizing and sad that we’ve lost that focus on what we really should be about, which is the students,” said Amie Baca-Oehlert, president of the Colorado Education Association, the state’s largest teachers union. “It really seems that adult issues have monopolized the conversations versus thinking about the needs of our students.” 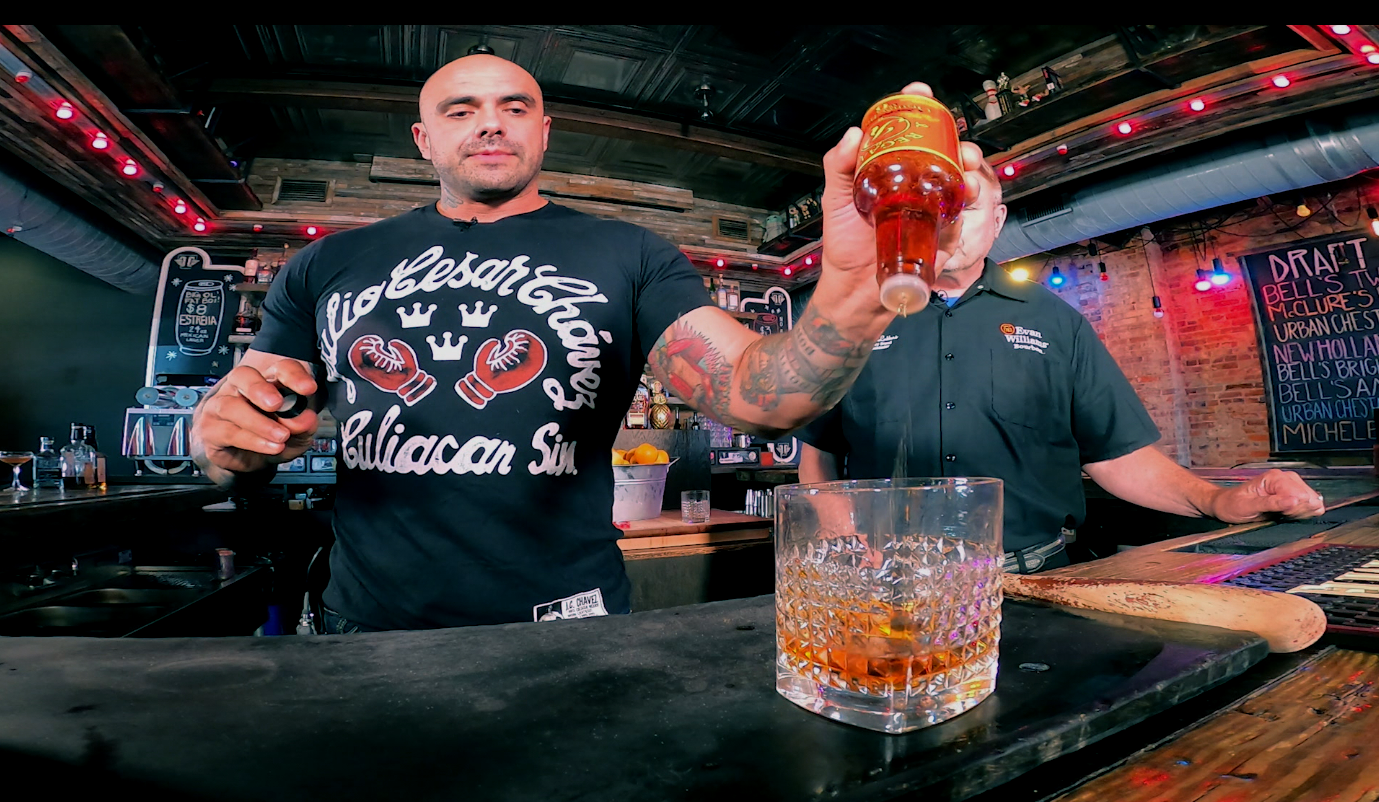