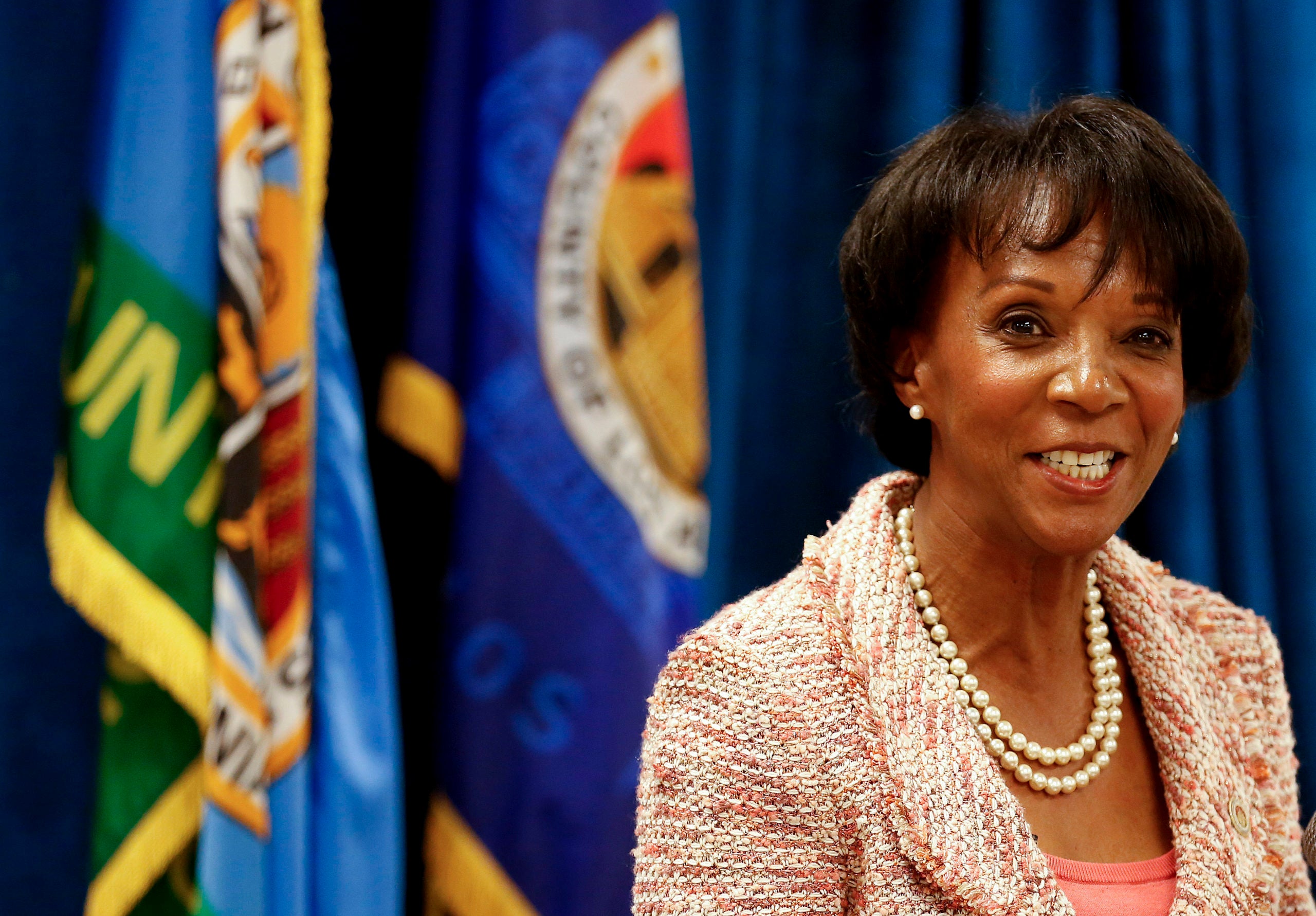 (CNN) — Black Lives Matter protesters who gathered outside the home of Los Angeles County District Attorney Jackie Lacey early Monday were met by her husband, who waved a gun at them and told them to leave.

Lacey apologized for the incident, but mentioned death threats she’s received and the times she’s been followed and confronted.

The incident was videotaped by a Black Lives Matter member and is posted on social media.

“I will shoot you. Get off of my porch,” David Lacey can be heard saying as he stood in the doorway.

Black Lives Matter members have been critical of Jackie Lacey, claiming that officers involved in fatal shootings of African Americans are not being held accountable.

Lacey is seeking a third term as district attorney in Tuesday’s elections.

She told reporters the couple were awoken by noise outside their home. She said her husband’s response was in fear and he was “profoundly sorry” and meant no one harm.

“I, too, am sorry if anybody was harmed,” said the visibly shaken prosecutor. “It’s never my intent to harm any protester. I just want to live in peace and do my job.”

Los Angeles police will investigate the incident and, “if appropriate, bring to an independent prosecutor’s office for review,” the district attorney’s office said in a statement.

Melina Abdullah, an activist and professor of Pan African Studies at Cal State LA, said going to Lacey’s house on the eve of the election was their way of trying to take Lacey up on her word to meet with the group.

Lacey said she had offered to meet with Black Lives Matter representatives in the past, but “felt it should be one-on-one or a small group. They have rejected those offers,” Lacey said.

“We’ve attempted to go to her office. She has refused to engage the public,” Abdullah said, maintaining that the group did not cross the line by going to Lacey’s home.

“I do not believe it is fair or right for protesters to show up at the homes of people who dedicate their lives to public service,” Lacey said.