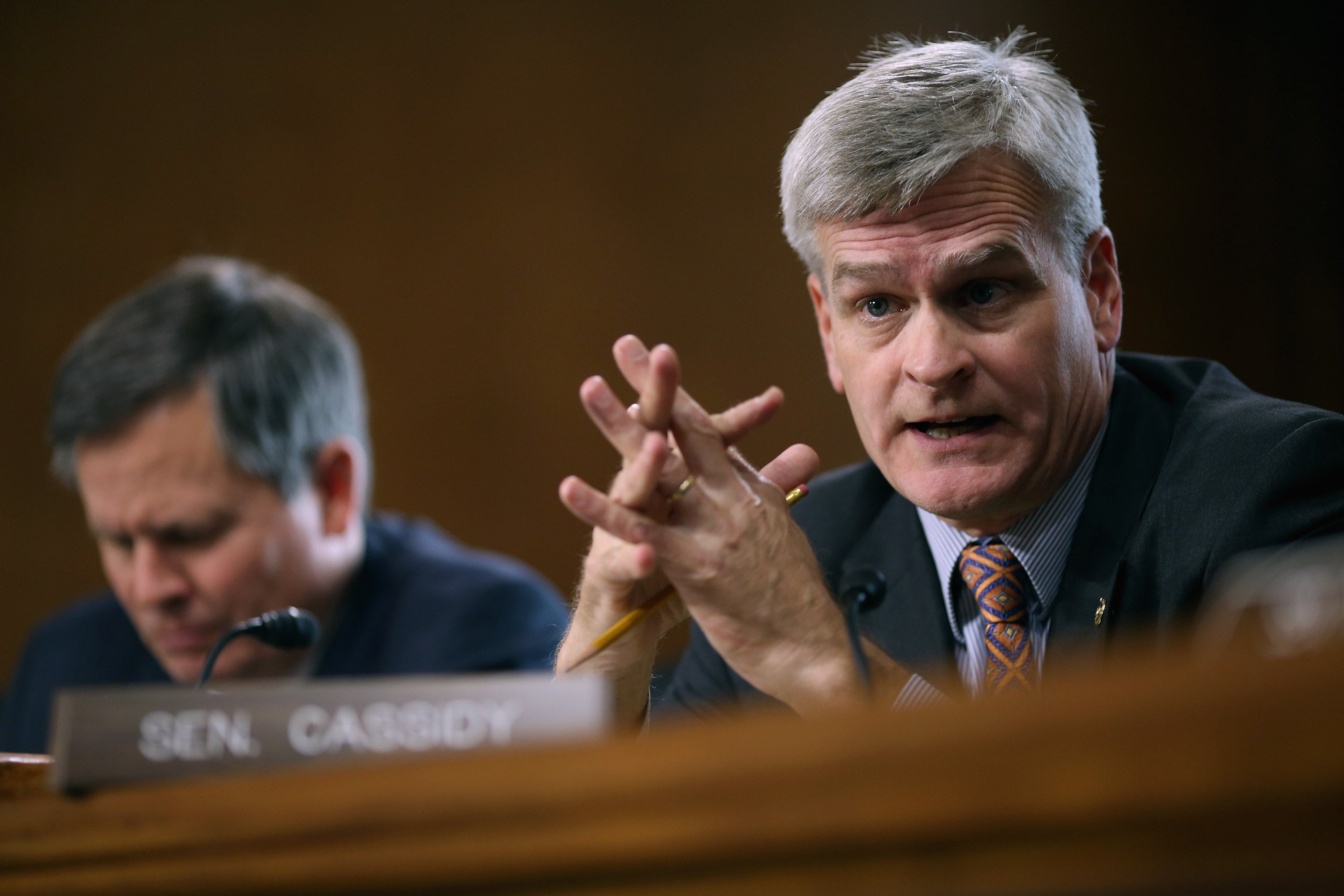 WASHINGTON, DC - OCTOBER 06: Senate Energy and Natural Resources Committee member Sen. Bill Cassidy (R-LA) questions Energy Secretary Ernest Moniz during a hearing about the potential modernization of the Strategic Petroleum Reserve in the Dirksen Senate Office Building on Capitol Hill October 6, 2015 in Washington, DC. Created in the wake of the 1973 energy crisis, the reserve is supposed to make sure the U.S. economy will not be hurt by an embargo or sharp price spike and Moniz estimates that $2 billion will be needed for distribution work and other technical upgrades. (Photo by Chip Somodevilla/Getty Images)
by: Kelly Mena and Dan Merica, CNN
Posted: Feb 14, 2021 / 07:15 AM EST / Updated: Feb 14, 2021 / 07:15 AM EST

“The Executive Committee of the Republican Party of Louisiana has unanimously voted to censure Senator Bill Cassidy for his vote cast earlier today to convict former President Donald J. Trump on the impeachment charge,” the state party said in a statement.

Cassidy was one of only seven GOP senators who joined with all Senate Democrats in voting to convict Trump — but the 57 guilty votes fell well-short of the 67 needed to convict the former President. Republican Sens. Richard Burr of North Carolina, Susan Collins of Maine, Lisa Murkowski of Alaska, Mitt Romney of Utah, Ben Sasse of Nebraska and Pat Toomey of Pennsylvania joined in voting that Trump was guilty of inciting the insurrection at the US Capitol on January 6.

Cassidy, in a brief statement following his vote Saturday, said: “Our Constitution and our country is more important than any one person. I voted to convict President Trump because he is guilty.”

CNN has reached out to Cassidy for comment on the state party’s censure.

Cassidy is the latest Republican to face backlash from his home party as the national Republican Party faces its own internal conflicts in the wake of the November election.

Last week, Sasse faced a censure effort by the Nebraska GOP, while at least 10 House Republicans have faced backlash — including Rep. Liz Cheney of Wyoming, a lifelong ideological conservative.

Cheney, the No. 3 Republican in the House, fought off a challenge to her leadership post from members of her own party after she voted to impeach Trump.

Louisiana state Sen. Stewart Cathey Jr., a Republican who represents parts of northern Louisiana, said later Saturday that the local Republican anger directed at Cassidy has been quick as many Louisianans “are upset, disappointed.”

“We elected Senator Cassidy back in November…and we overwhelming sent him back to DC along with President Trump,” said the state senator. “His constituents thought we were sending him there with a lot of those same ideals, so today’s vote really caught people off guard.”

“I am State Senator Cathey and he is United States Senator Cassidy,” said Cathey, who remains closely aligned to Trump. “I am getting emails saying, ‘I can’t believe you are doing that.’ I just politely say, ‘I think you have mistaken me.'”