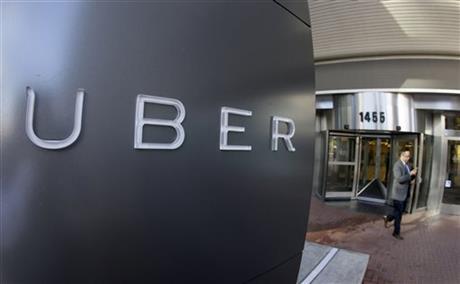 AUSTIN, Tex. (KXAN) – The highly debated vote is now less than a day away. Proposition 1 is taking center stage on Election Day Saturday after months of debating.

Lyft has said they will leave Austin Monday at 5 a.m. if Prop 1 fails. Drivers were texted Thursday informing them of the possible change. So far, Uber has not said when they would plan to leave the city if the proposition is voted down.

Voting for Prop 1 means keeping standardized criminal background checks and not implementing fingerprinting. Uber and Lyft have been campaigning for support against fingerprinting, with both companies threatening to leave the city if the proposition fails.

Ridesharing Works for Austin rallied at City Hall in support of Prop 1 Thursday. They say Uber Access, the service launched the summer of 2015, offers a vital service for those who need help getting around town.

Prop 1 advocates will be joining Uber and Lyft for a rally Friday at Alamo Park at 1:30 p.m. Former Mayor Lee Leffingwell is one of the scheduled speakers. Leffingwell is the new ringleader of Ridesharing Works saying Uber and Lyft already employ “stringent background checks while helping reduce DWI accidents and providing safe, reliable rides for Austinites.”

Mayor Steve Adler has shared his stance against Prop 1. “After the election is over, we’ll need to be at our most innovative, creative, and collaborative to simultaneously keep Uber and Lyft in town,” said Adler. “Keep Austin local and best provide for public safety.”

Austin police unions, fire fighters, and EMS announced their opposition to Prop 1 on Thursday. The Combined Law Enforcement Associations of Texas said there are safety concerns posed by a provision presented in Prop 1 that would allow drivers to stop in the road while picking up or dropping off ridesharing customers.

The high voter turnout during early voting has many wondering which way this election will go. Nearly 10 percent of registered Austin voters made it to the polls for early voting, with more than 57,000 casting a ballot. During the last Saturday election in 2013, there was low voter turnout and part of the AISD bond failed.

Polls are open from 7 a.m. to 7 p.m. Check for the closest polling location in your area.