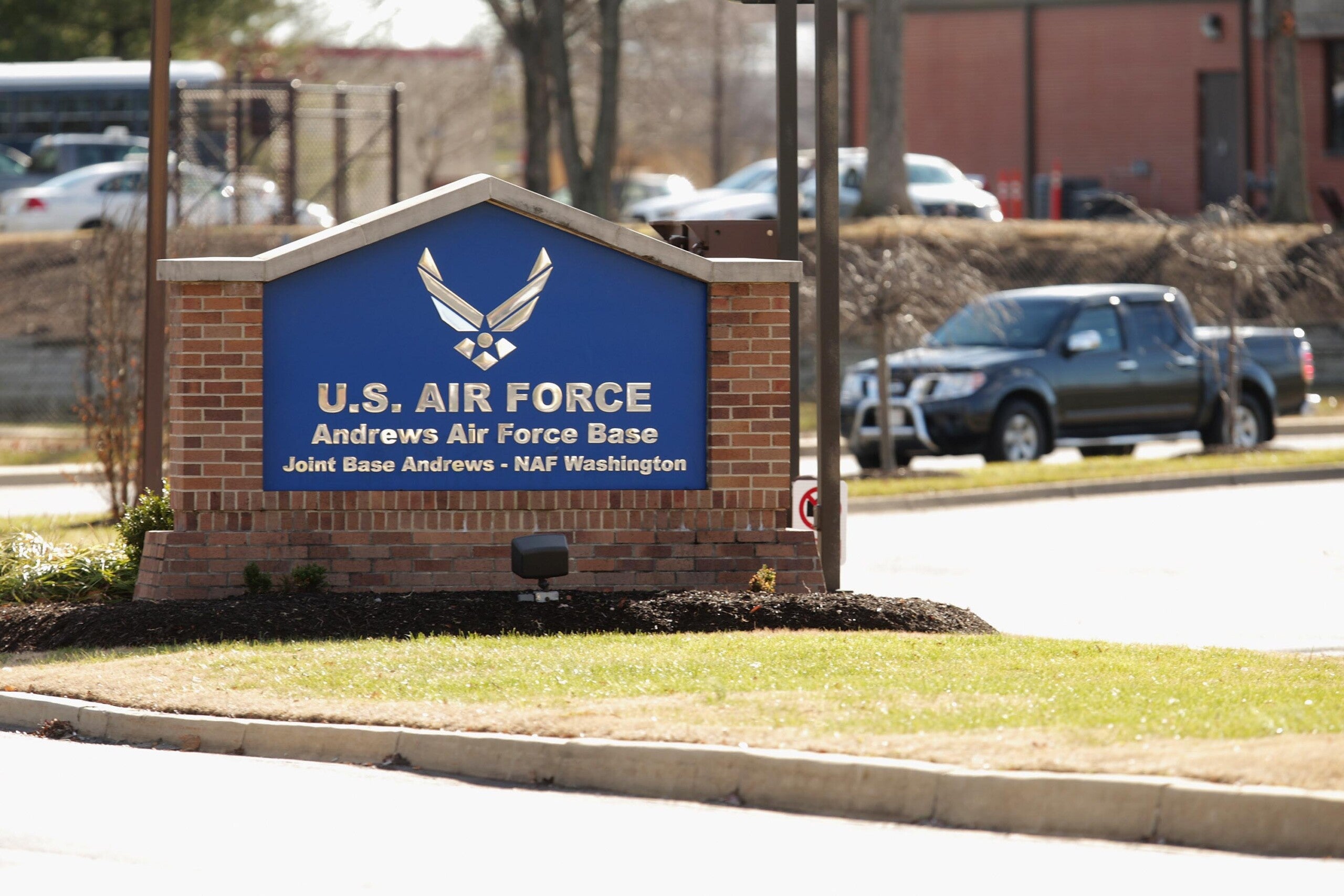 JOINT BASE ANDREWS, MD - DECEMBER 17: Vehicle traffic goes in and out of the U.S. Air Force Joint Base Andrews in Prince Georges County December 17, 2014 in Joint Base Andrews, Maryland. U.S. Agency for International Development contractor Alan Gross, who has been in prison in Cuba for the last five years on espionage charges, has been released and is due to arrive at the base, possibly heralding a new era in U.S.-Cuba relations. American officials have said they will restore full diplomatic relations with Cuba and open an embassy in Havana for the first time in more than a half-century. (Photo by Chip Somodevilla/Getty Images)
by: Maegan Vazquez, CNN
Posted: Feb 5, 2021 / 04:24 PM EST / Updated: Feb 5, 2021 / 04:25 PM EST

(CNN) — A man gained access to a C-40 aircraft on Joint Base Andrews in Maryland on Thursday that’s part of a fleet frequently utilized by senior government leaders, the base said in a statement Friday.

The US Air Force is expected to announce a security review at all Air Force bases as a result, a defense official told CNN.

The 316th Wing Public Affairs said in the statement that the man had “gained unauthorized access to the flightline and entered a C-40 aircraft assigned to the 89th Airlift Wing. Joint Base Andrews Security Forces responded, detained and interviewed the individual. U.S. Air Force Office of Special Investigations assisted with the interview.”

The 89th Airlift employs the planes typically used by the President as Air Force One and others that are used to transport the vice president and Cabinet members.

The plane the man boarded is not part of the presidential fleet, according to a Defense Department official.

The announcement came hours before President Joe Biden is scheduled to travel from Joint Base Andrews to Delaware for the weekend. It is not publicly known which plane Biden will use. Any aircraft with the President is designated as Air Force One.

According to the Air Force, the C-40 in the 89th Airlift Wing “provides safe, comfortable and reliable transportation for U.S. leaders to locations around the world” and its “primary customers are the combatant commanders, and the C-40C customers include members of the Cabinet and Congress.”

The man was booked, given a federal summons for trespassing and turned over to local law enforcement, the statement said. The man had two outstanding warrants and there was no indication that the individual has any links to extremist groups, according to the statement.

“The security of our installation is paramount,” Col. Roy Oberhaus, the vice wing commander of the 316th Wing at Joint Base Andrews said in the statement. “This was a serious breach of security and Joint Base Andrews is investigating the incident to determine how this happened so it doesn’t happen again.”