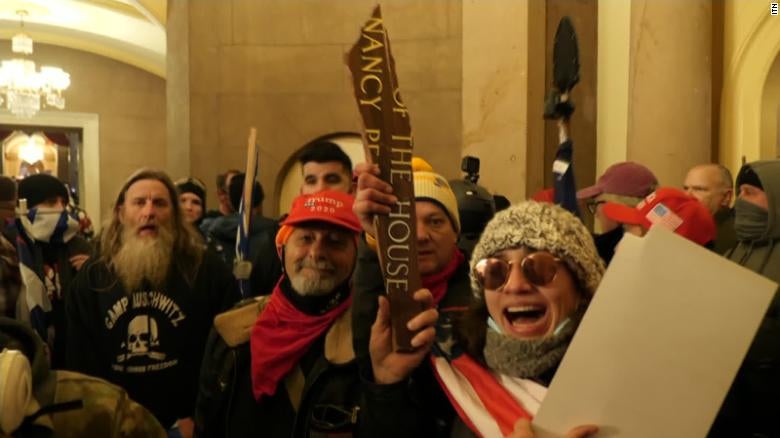 (CNN) — A rioter who stormed the US Capitol last week wearing a sweatshirt emblazoned with the phrase “Camp Auschwitz” was arrested Wednesday morning in Virginia, according to a law enforcement official.

CNN was first to report that the man in the sweatshirt was identified as Robert Keith Packer. A law enforcement official told CNN that Packer was picked up in Newport News, Virginia.

An image of Packer inside the Capitol, whose sweatshirt bore the name of the Nazi concentration camp where about 1.1 million people were killed during World War II, has evoked shock and disbelief on social media.

The bottom of his shirt stated, “Work brings freedom,” which is the rough translation of the phrase “Arbeit macht frei” that was on the concentration camp’s gates.