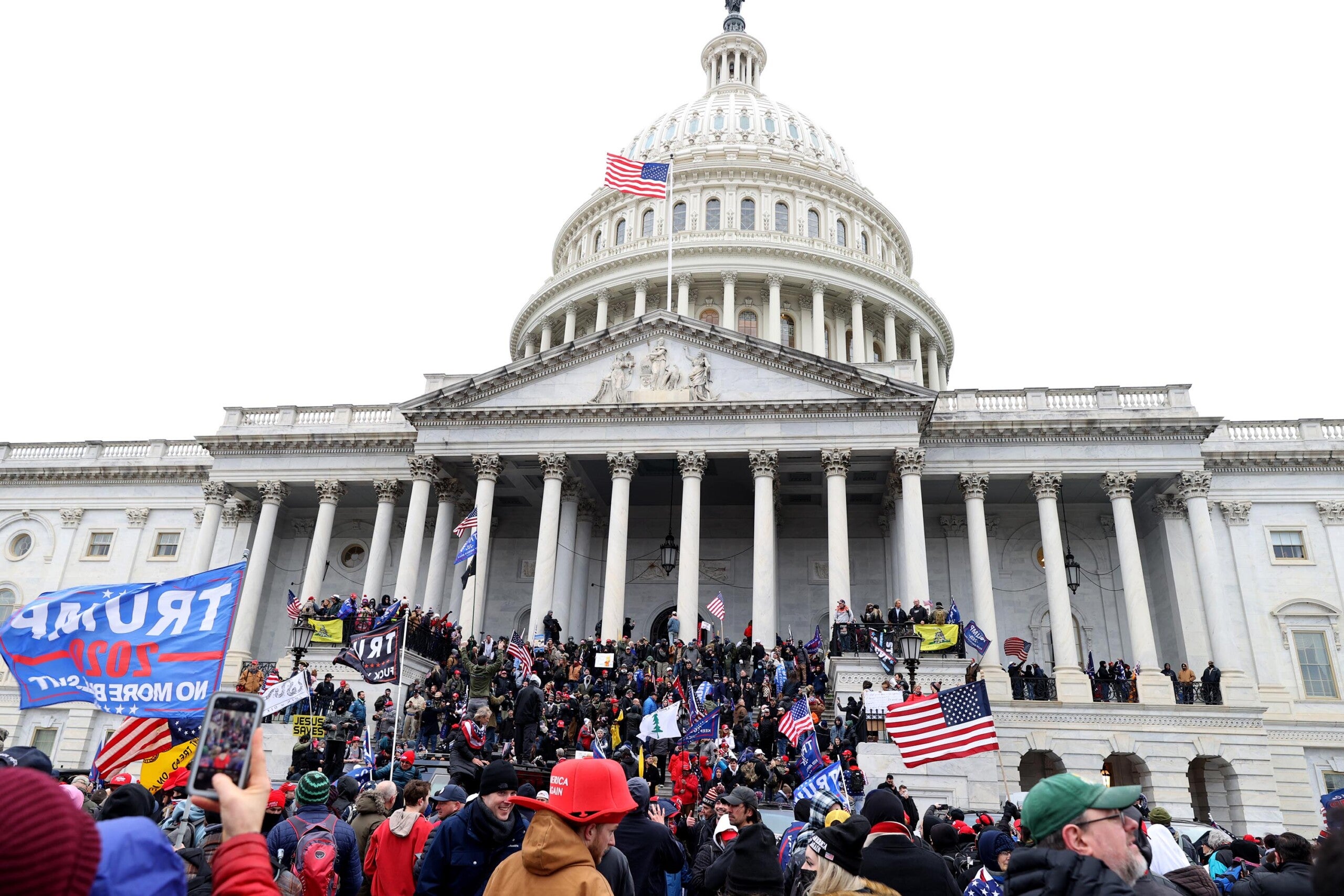 (CNN) — A rioter who stormed the US Capitol Wednesday wearing a sweatshirt emblazoned with the phrase “Camp Auschwitz” has been identified as Robert Keith Packer of Virginia, according to three sources who spoke with CNN.

An image of Packer inside the Capitol, whose sweatshirt bore the name of the Nazi concentration camp where about 1.1 million people were killed during World War II, has evoked shock and disbelief on social media. The bottom of his shirt stated, “Work brings freedom,” which is the rough translation of the phrase “Arbeit macht frei” that was on the concentration camp’s gates.

Packer did not respond to CNN’s requests for comment.

One Virginia resident, who spoke to CNN on the condition of anonymity due to the sensitivity of the matter, described Packer as a long-time extremist who has had run-ins with the law.

“He’s been always extreme and very vocal about his beliefs,” the resident said.

Another source familiar with Packer described him as an “off-beat” character who has expressed frustrations with the government, though this source did not recall Packer ever talking about President Donald Trump or false allegations of voter fraud.

A third source said Packer previously worked as a welder and pipe-fitter.

Virginia court records show that Packer has a criminal history that includes three convictions for driving under the influence and a felony conviction for forging public records. In 2016, he was charged for allegedly trespassing, though that case was dismissed.