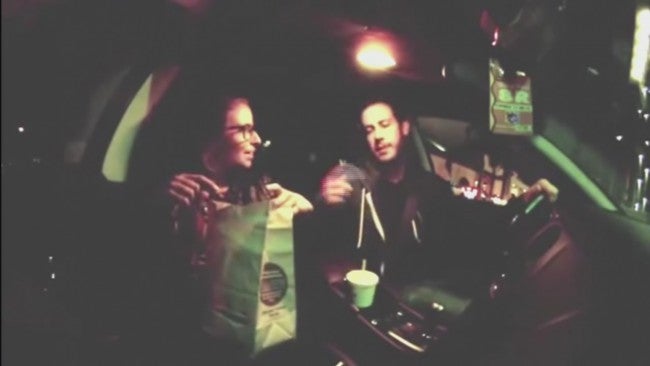 (WISH) – Proposing at a restaurant where you had your first date may sound like a good idea.

The man uploaded a video to YouTube of his McDonald’s proposal gone all wrong. He arranged the proposal in advance, coordinating with the woman’s father and the drive-thru staff.

The couple stopped at McDonald’s on their first date two years ago, and since then the girlfriend had joked that he would probably propose using a chicken nugget box. He decided to put the ring on the top of a chicken sandwich.

But when the man pulled out the ring in the drive-thru, his girlfriend wasn’t lovin’ the idea.

The man who posted the video on YouTube said the two eventually decided to wait to get engaged.

Watch highlights of the painful proposal in the video player above.