Mark McCloskey announces run for US Senate in Missouri 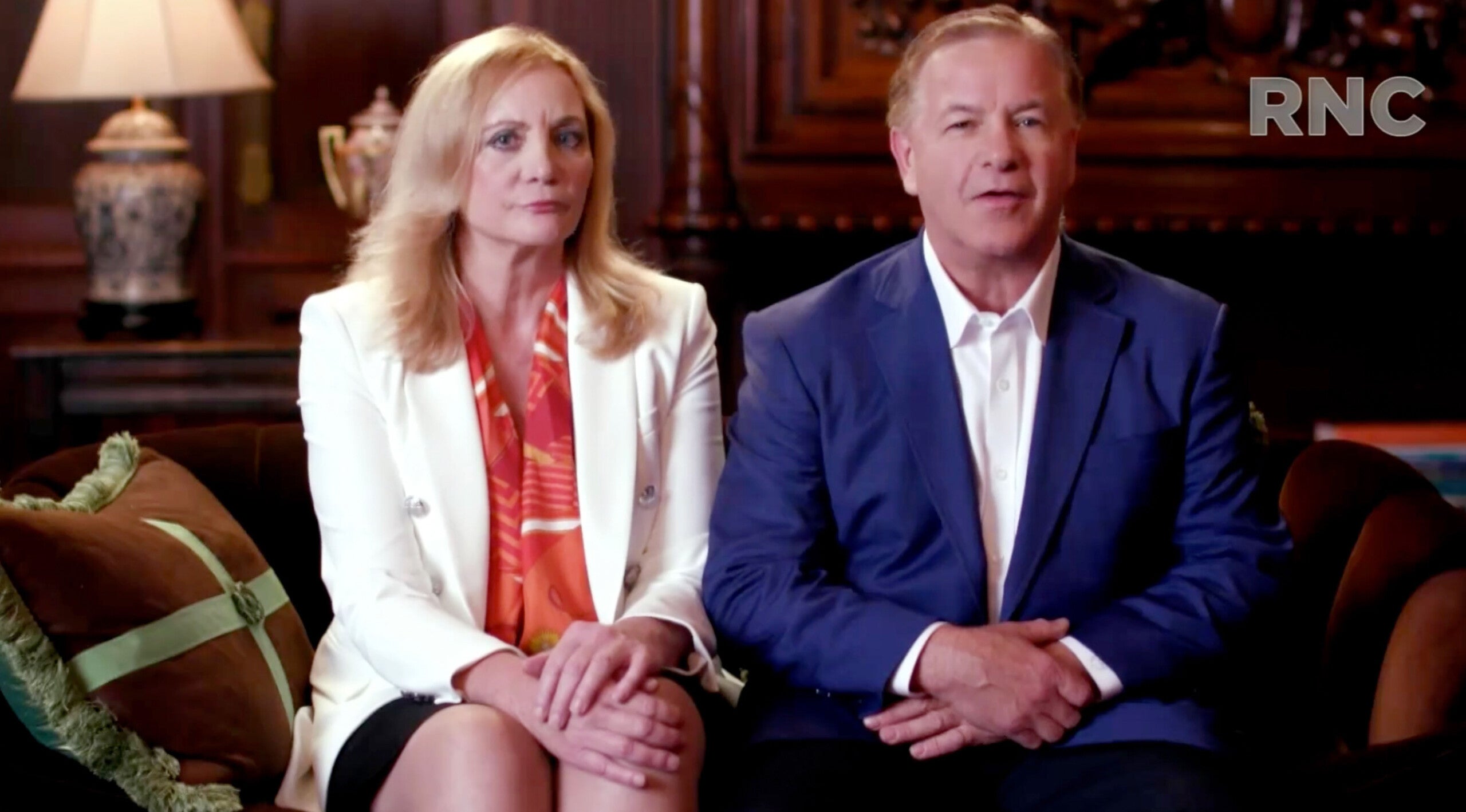 In this screenshot from a livestream of the 2020 Republican National Convention, Patricia and Mark McCloskey, a couple from St. Louis who pointed guns at Black Lives Matter protesters, address the virtual convention in a pre-recorded video broadcasted on Aug. 24, 2020. (Photo Courtesy of the Committee on Arrangements for the 2020 Republican National Committee via Getty Images)
by: Raja Razek and Caroline Kelly, CNN
Posted: May 19, 2021 / 04:55 AM EST / Updated: May 19, 2021 / 04:55 AM EST

(CNN) — Mark McCloskey, the St. Louis homeowner who catapulted into national headlines last summer after video surfaced on social media showing him and his wife, Patricia, pointing guns at demonstrators, is running as a Republican for US Senate in Missouri, he announced Tuesday.

“I’ve always been a Republican, but I have never been a politician,” he said Tuesday on Fox’s “Tucker Carlson Tonight.” “But you know, God came knocking on my door last summer disguised as an angry mob, and it really did wake me up.”

McCloskey is running for the Senate seat currently held by Republican Roy Blunt, who announced in March that he will not seek reelection next year.

A campaign website soliciting donations for a Senate bid for McCloskey launched Tuesday.

The McCloskeys drew national attention in late June after they were seen on video brandishing guns outside their mansion at protesters walking on a private street to the home of St. Louis’ mayor.

In videos posted to social media, Mark McCloskey is seen holding a long rifle and Patricia McCloskey a handgun as demonstrators — who were protesting Mayor Lyda Krewson’s decision to publish the names and addresses of people in favor of police reform — walked outside their home.

Portland Place, the private street where the McCloskeys live, is near Krewson’s home. Mark McCloskey told CNN in July that he was “in imminent fear they (protesters) would run me over, kill me.”

The couple pleaded not guilty in October to weapons and evidence tampering charges.

The McCloskeys have achieved conservative fame since last summer. In August, the couple spoke at the Republican National Convention, where they falsely accused Democrats of wanting to “abolish” the suburbs. Since then, the couple has been contacted by Trump “semi-frequently,” their attorney said in October, CNN affiliate KMOV reported at the time.

McCloskey faces a crowded field in his run for the US Senate seat, which CNN has categorized as among the Senate seats most likely to flip in 2022.

Former Missouri Gov. Eric Greitens announced his campaign for Senate in March, attempting a comeback three years after resigning from office following a probe into allegations of sexual and campaign misconduct. He announced in April that Kimberly Guilfoyle, a top official on former President Donald Trump’s 2020 campaign, would serve as the national chair of his Senate bid. Missouri Attorney General Eric Schmitt is also running in the Republican primary.

On the Democratic side, state Sen. Scott Sifton and Marine veteran Lucas Kunce are running. Several bigger names, like former Sen. Claire McCaskill and 2016 nominee Jason Kander, who lost to Blunt by only 3 points, have passed.