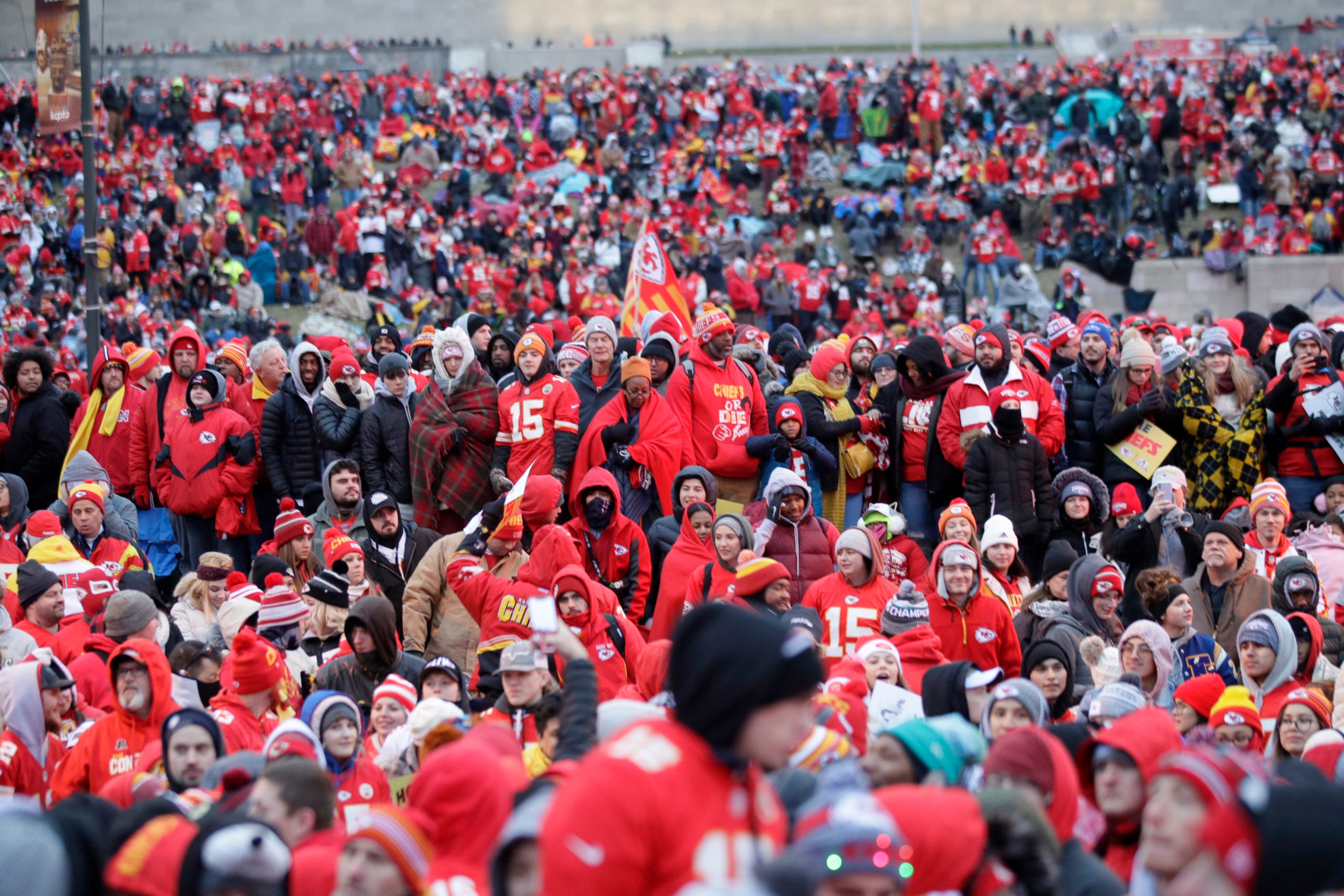 KANSAS CITY, Mo. (AP) — An impaired driver taking a “joy ride” Wednesday along the Kansas City Chiefs’ Super Bowl parade route was put into a forced spin by law enforcement officers who then arrested the driver and another person at gunpoint, according to officials and video footage of the incident.

Clay County Sheriff’s deputies threw out Stop Sticks and several patrol cars surrounded the car and stopped it as it approached the crowd near Union Station, police said. Video posted by WDAF-TV showed officers approaching the car with weapons drawn before taking two people into custody. No one was injured.

Mayor Quinton Lucas told the TV station that it was an impaired driver taking “a joy ride” and was not terrorism-related. He praised the quick response of the officers who responded, who were cheered by fans who witnessed the incident.

“We have even more heroes to cheer today,” Lucas said.

Fans streamed into downtown Kansas City by the thousands early Wednesday for the parade and rally to celebrate the Chiefs’ first Super Bowl championship in 50 years. Some even camped out overnight to reserve choice spots along the route, which will take the team from the intersection of Sixth Street and Grand Boulevard to the rally outside Union Station.

“This is so awesome,” said Shauntel Lyons, 40, of Kansas City, who was a Chiefs cheerleader from 2003 to 2005. “I learned so many great lessons from my time with the team. To see them bring home that trophy after 50 years is so gratifying. I’m just glad to be part of it.”

Fans bundled up for chilly conditions and the forecast said 2 to 3 inches of snow were possible during the parade.

The Kansas Legislature took the day off to celebrate and their Missouri counterparts scheduled a light workday. Many area businesses also planned to close or open on a reduced schedule. At Children’s Mercy Kansas City, the emergency room at the main downtown hospital will be open, but appointments and some surgeries were being rescheduled or moved.

When the Royals won the World Series in 2015, an estimated 800,000 people flocked to the victory parade, shattering expectations in a city with a population of about 470,000 and a metropolitan area of about 2 million. Cellphone towers were overwhelmed by the throngs, and motorists began parking along side of the interstate and walking as exits jammed.

The city has learned from that experience, adding a temporary cell tower and increasing the number of portable toilets to 700 from 200. Officials also are boosting the number of lost child stations, which was deemed crucial after about 100 youngsters became separated from their caretakers in 2015.

To ease parking congestion, the city provided more than 400 buses to run free shuttles, which were pulling out of the drop-off sites every 20 to 30 seconds full of fans. During the Royals parade, commuter buses essentially failed and many fans didn’t get to the parade site because the buses got stuck in traffic.