Meet Biscuits and Gravy, the kitten born with 2 faces 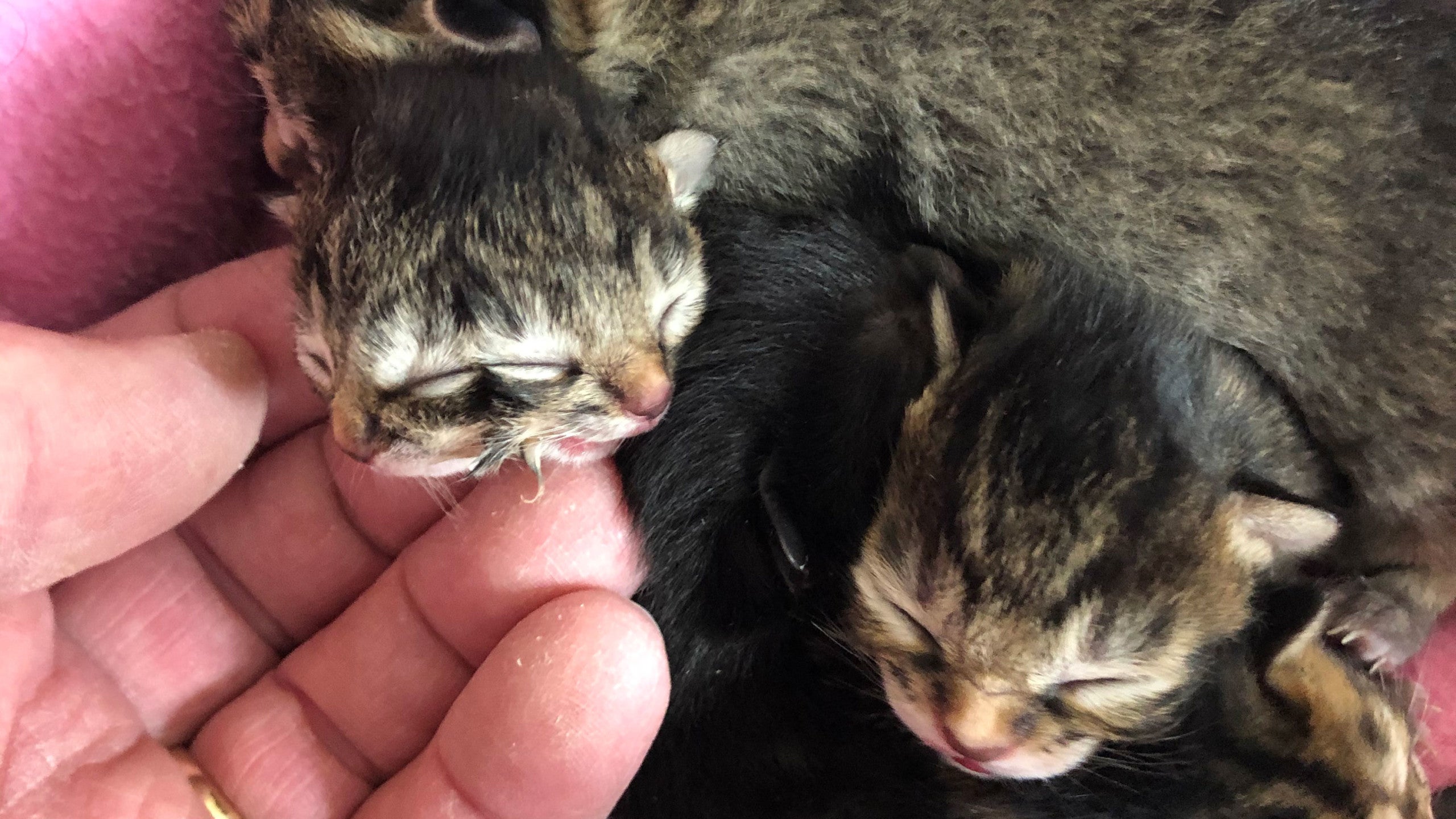 (CNN) — An Oregon family got quite the surprise when one of their farm cats gave birth to a litter of six kittens, including one twice as cute as the rest.

Say hello to Biscuits and Gravy, the two-faced kitten.

The adorable kitty was born on Wednesday with two noses, four eyes and two tiny mouths. Mama cat, Keenly, and his five siblings are all healthy.

“My wife went out to look at them and found five normal ones and one with two faces,” owner BJ King told CNN. “We were pretty shocked. It was so odd looking, we didn’t even really think much of it until later in the day when we realized this was actually pretty rare.”

Two-faced cats are known as “Janus” cats, named after the Roman god Janus, who had two faces — one looking into the past and the other into the future.

Although these rare kittens don’t usually survive for more than one day, a two-faced cat named Frank and Louie defied the odds and lived for 15 years, even appearing in the Guinness World Records book in 2006.

To increase Biscuits and Gravy’s likelihood of survival, the King family has to take over much of Keenly’s motherly duties. That includes regular feedings and keeping him warm.

“It’s like having a newborn baby,” King said. “We set the alarm for every two hours to feed him during the night and feed him every two hours, 24 hours a day. We are very careful to keep him warm at all times and he snuggles inside my wife’s shirt for most of the day.”

Biscuits and Gravy only has one brain stem, but can eat, suck and meow using both of his mouths. For now, the little one is doing very well, according to the family’s veterinarian.

While King said they have decided to give away the rest of the litter, Biscuits and Gravy is officially a part of their family.