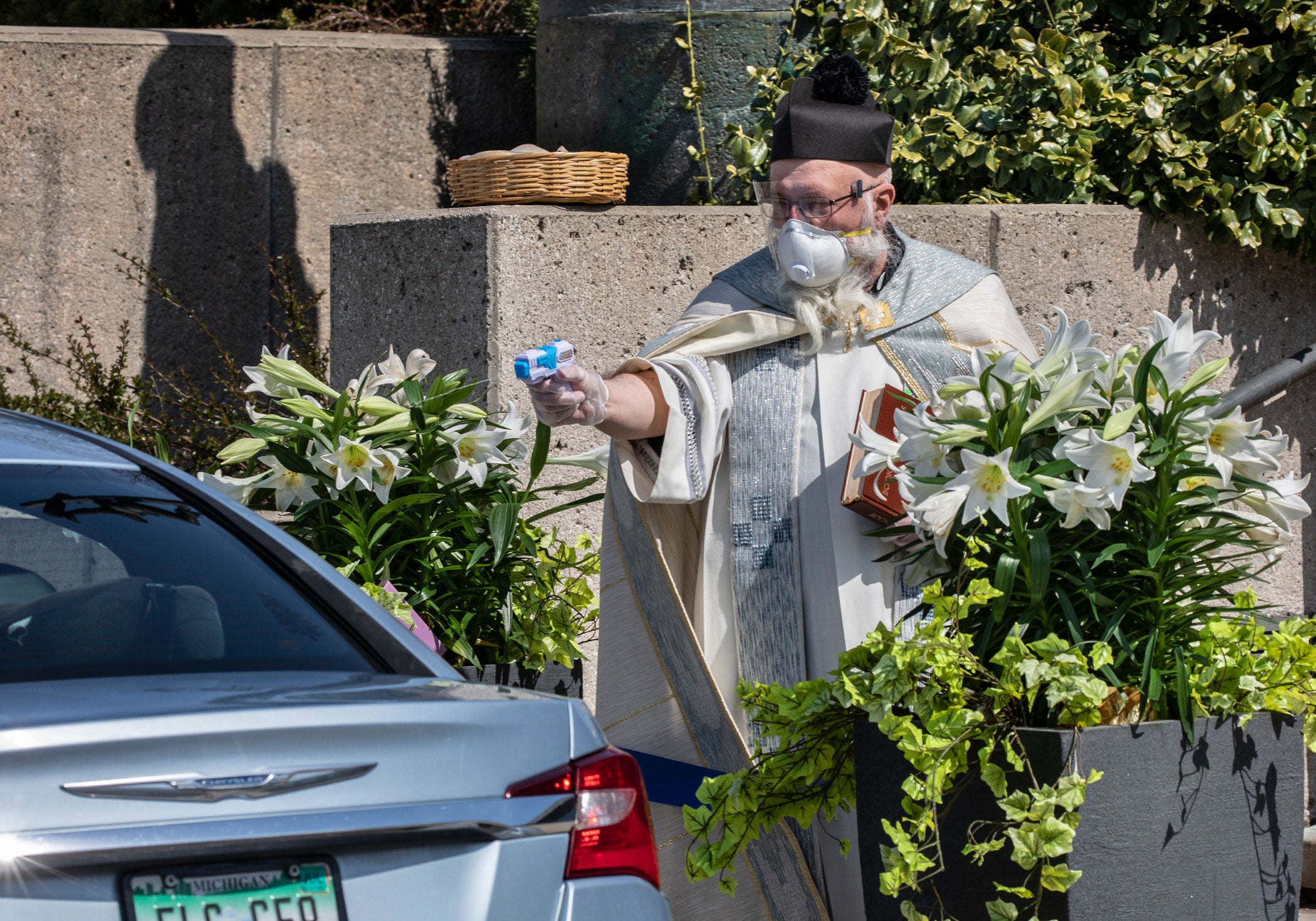 (CNN) — Father Timothy Pelc thought he would have a little fun on Easter — and observe social distancing, of course — by using a plastic squirt gun to dispense holy water on parishioners.

A month later, the Catholic priest, who serves St. Ambrose Parish in Grosse Pointe Park, Michigan, has gone viral after the church posted photos on Facebook in mid-April.

There’s a meme of Father Tim surrounded by firefighters dousing a blaze, one of him in front of imperial Stormtroopers and another of him standing next to those guys from “Pulp Fiction” — all three with guns raised.

But his favorite, Pelc says, is a meme portraying him firing at demons in hell, seemingly inspired by the video game “Doom.”

The memes, which have shown up on Twitter and Reddit, have struck both a humorous and spiritual tone during the coronavirus pandemic, he said.

“We’re looking for something to save us from something — either the virus, loneliness or whatever,” the priest told CNN on Monday.

Making the best of a bad situation

Before Holy Week, Pelc said one of his parishioners, an emergency room physician, discussed possible safe options for the blessing of Easter baskets at the Detroit-area church.

“We were told the week before that we couldn’t hand out palms due to cross-contamination,” Pelc said.

They settled on the squirt gun, with the priest — wearing a mask and gloves — standing several feet from passing cars as he hit them with holy water.

“We figured sterile water was the way to do it. We were prepared to do it one of two ways: either we would distribute little plastic vials of holy water, but then we thought, ‘What about a squirt gun?’ The doctor said, ‘That’s fun. If you do that, I’m coming with my family.'”

Sure enough, the doctor and his family came, along with about 50 other congregants, Pelc said.

Although the number was roughly half of the typical turnout for Easter services, the target demographic — younger families, who at that point were believed to be least susceptible to Covid-19 — showed up.

From a memory to a meme

While initial coverage of the squirt gun received about 30,000 to 40,000 hits on Facebook, Pelc said, he expected attention to subside.

“If you can’t have fun with your faith, what can you have fun with?” he said. “The second bounce, maybe they saw the irony of it a little bit more and maybe took it to a deeper level. And even though it’s more fun this time around — these memes are just hysterical, nobody’s enjoying it more than I am — there was a deeper need here.”

Despite the attention, the squirt gun made its first and last appearance this year.

What he’d like for people to take away is a message of hope. After all, Pelc is in the business of faith.

“Look to create memories for your kids that will be positive in the midst of this, because the kids are watching what we’re doing and how we’re handling this,” Pelc said. “If we can be strong and positive examples for them, they’ll be able to tell their kids a generation from now, ‘This is how we handle this.'”