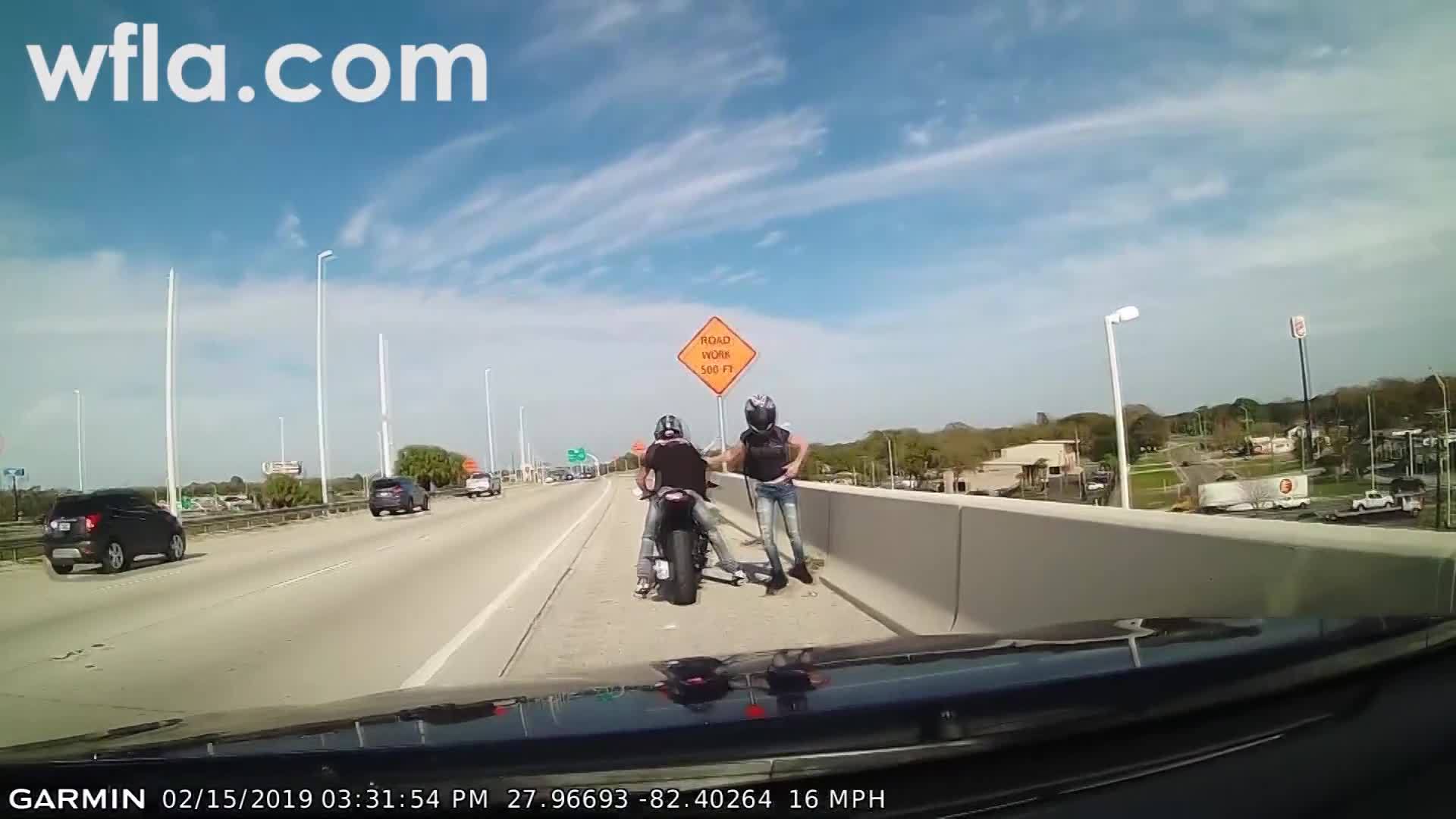 HILLSBOROUGH COUNTY, Fla. (WFLA) – Florida Highway Patrol Troopers say they are in contact with a motorcyclist who left the scene of a crash that left a second motorcyclist dead.

According to the Florida Highway Patrol, two motorcycles were traveling on SR-400, west of 50th Street when they collided Friday. Troopers say 35-year-old Eric Jordan was sent over an overpass.

The first motorcycle came to a stop and the bike driven by Jordan collided with the shoulder barrier wall.

Jordan was ejected over the side of the overpass and fell approximately 100 feet onto 50th Street.

Jordan was taken to a hospital, where he succumbed to his injuries.

FHP says the driver of the first motorcycle left the scene and abandoned his passenger. Troopers started looking for him after the crash. They were later able to identify him with driver records, social media, and anonymous tips.

The driver then contacted investigators. The FHP crash report says charges are pending based on the outcome of the investigation which is still ongoing.