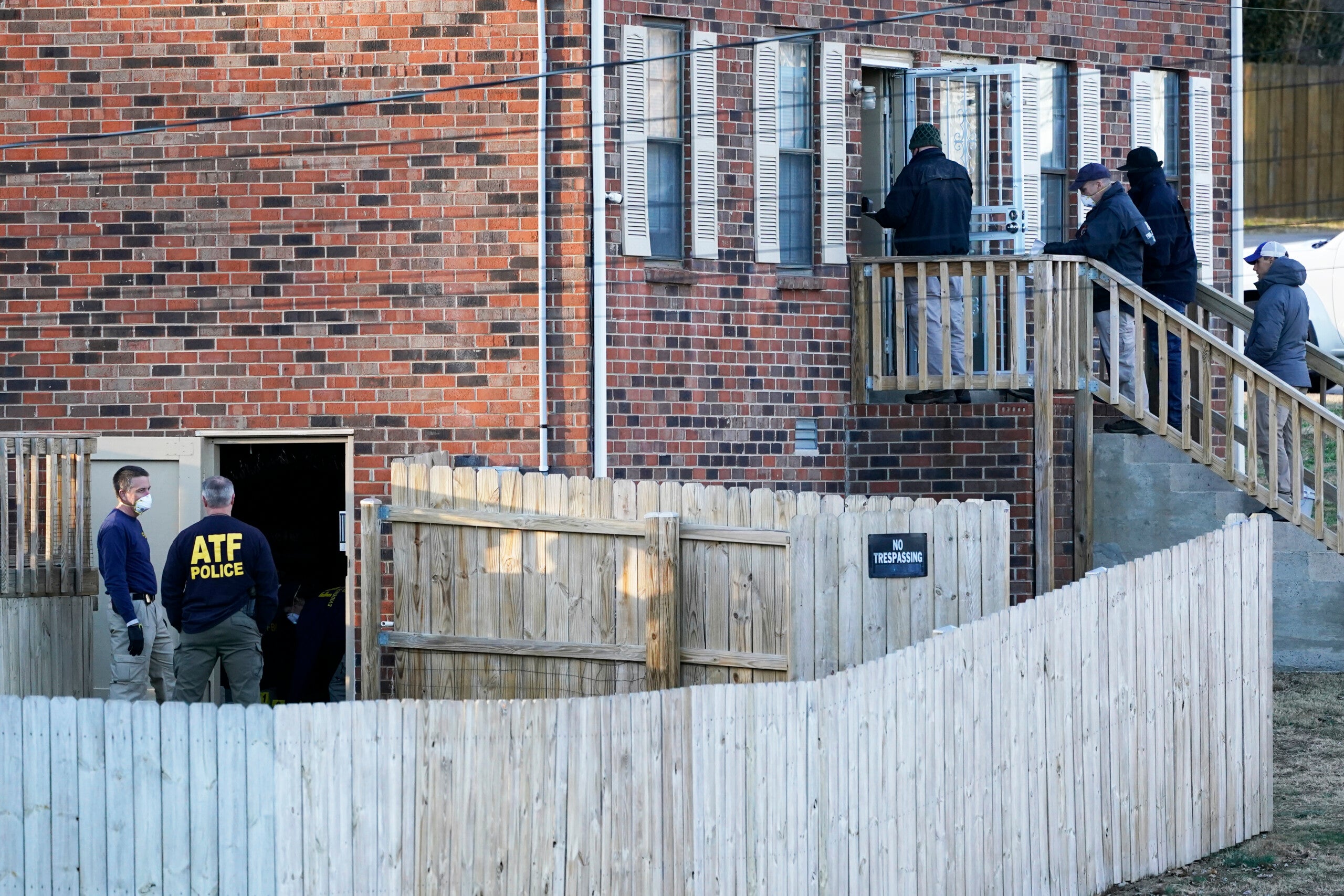 NASHVILLE, Tenn. (AP) — Federal agents converged Saturday on the home of a possible person of interest in the explosion that rocked downtown Nashville as investigators scoured hundreds of tips and leads in the blast that damaged dozens of buildings on Christmas morning.

More than 24 hours after the explosion, a motive remained elusive as investigators worked round-the-clock to resolve unanswered questions about a recreational vehicle that blew up on a mostly deserted street on a sleepy holiday morning and was prefaced by a recorded warning advising those nearby to evacuate. The attack, which damaged an AT&T building, continued to wreak havoc Saturday on cellphone service and police and hospital communications in several Southern states.

Investigators from multiple federal and local law enforcement agencies were at a home in Antioch, in suburban Nashville, after receiving information relevant to the investigation, said FBI Special Agent Jason Pack. Another law enforcement official, who was not authorized to discuss an ongoing investigation and spoke to The Associated Press on condition of anonymity, said investigators regard a person associated with the property as a person of interest.

Federal agents could be seen looking around the property, searching the home and the backyard. A Google Maps image had shown a similar recreational vehicle parked in the backyard when the photo was captured in May 2019; an AP reporter at the scene did not see the vehicle at the property in the late afternoon Saturday.

There were other signs of progress in the investigation, as the FBI revealed that it was looking at a number of individuals who may be connected to it. Officials also said no additional explosive devices have been found — indicating no active threat to the area. Investigators have received around 500 tips and leads.

“It’s just going to take us some time,” Douglas Korneski, the special agent in charge in charge of the FBI’s Memphis field office, said at a Saturday afternoon news conference. “Our investigative team is turning over every stone” to understand who did this and why.

Beyond that, the only known casualties were three injured people. Investigators said they were working to identify human remains found at the scene.

The infrastructure damage, meanwhile, was broadly felt, due to an AT&T central office being affected by the blast. Police emergency systems in Tennessee, Kentucky and Alabama, as well as Nashville’s COVID-19 community hotline and a handful of hospital systems, remained out of service.

The building contained a telephone exchange, with network equipment in it — but the company has declined to say exactly how many people have been impacted.

Asked whether the AT&T building could have been a possible target, Korneski said, “We’re looking at every possible motive that could be involved.”

Investigators shut down the heart of downtown Nashville’s tourist scene — an area packed with honky-tonks, restaurants and shops — as they shuffled through broken glass and damaged buildings to learn more about the explosion.

Mayor John Cooper has enforced a curfew in the downtown area until Sunday via executive order to limit public access to the area. More than 40 buildings were affected.

AT&T said restoration efforts are facing several challenges, which include a fire that “reignited overnight and led to the evacuation of the building.” This has forced their teams to work with safety and structural engineers and drilling access holes into the building in order to reconnect power.

“Our teams continue to work around the clock on recovery efforts from yesterday morning’s explosion in Nashville,” the company said in a Saturday statement. “We have two portable cell sites operating in downtown Nashville with numerous additional portable sites being deployed in the Nashville area and in the region.”

Ray Neville, president of technology at T-Mobile, said on Twitter that service disruptions affected Louisville, Nashville, Knoxville, Birmingham and Atlanta. “We continue to see service interruptions in these areas following yesterday’s explosion. Restoration efforts continue around the clock & we will keep you updated on progress,” he said in a tweet Saturday.

The outages had even briefly grounded flights at the Nashville International Airport, but service was continuing normally as of Saturday. The Federal Aviation Association has since issued a temporary flight restriction around the airport, requiring pilots to follow strict procedures until Dec. 30.

According to Metro Nashville Police Chief John Drake, police officers responded on Friday to a report of shots fired when they encountered the RV blaring a recorded warning that a bomb would detonate in 15 minutes. Police evacuated nearby buildings and called in the bomb squad. The RV exploded shortly afterward.