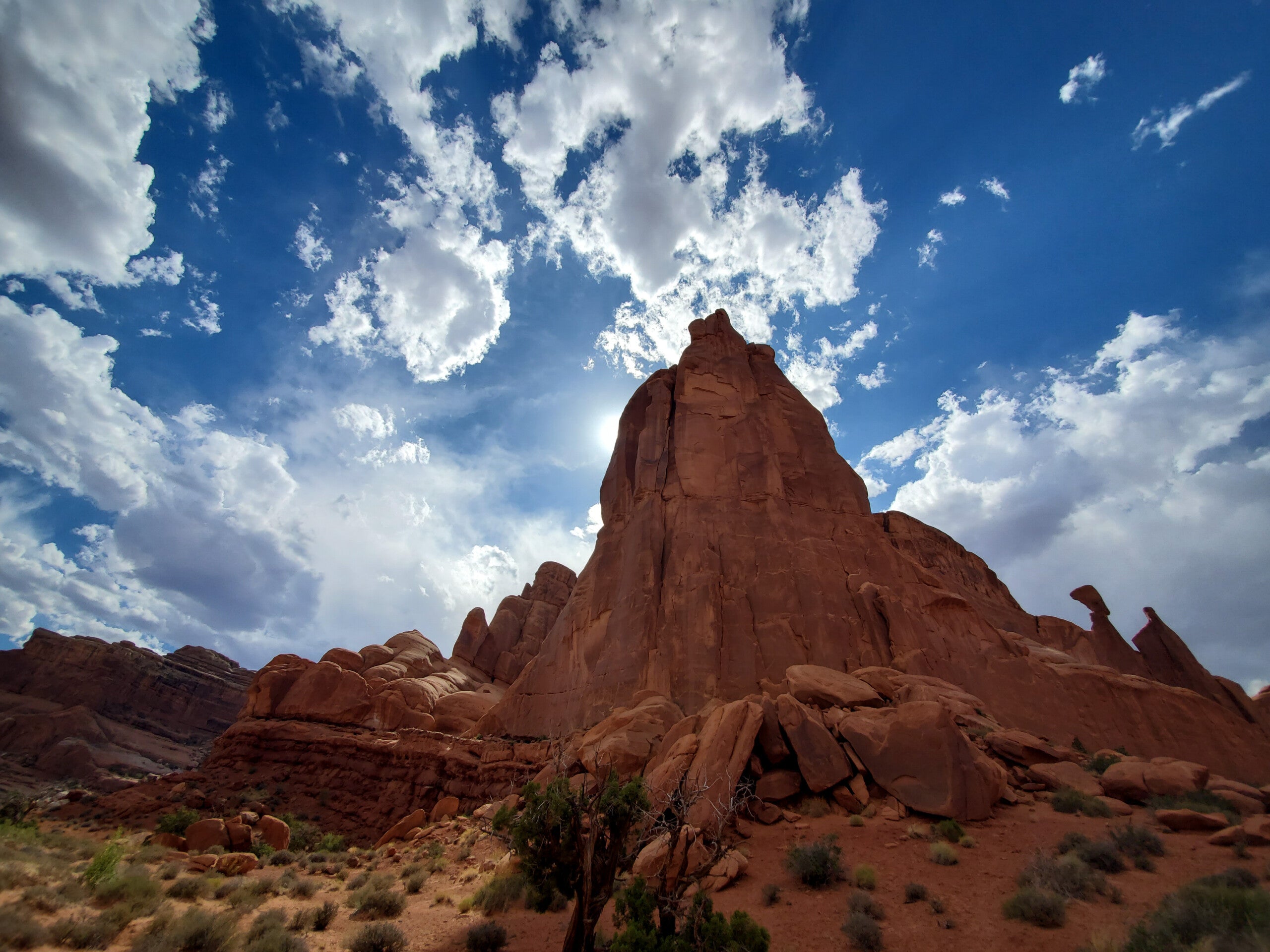 DENVER (AP) — The family of a women’s rights activist from Uganda has filed a more than $270 million wrongful death and personal injury claim against the National Park Service after she was decapitated by an unsecured gate at Utah’s Arches National Park.

Newlyweds Esther “Essie” Nakajjigo, 25, and Ludovic “Ludo” Michaud, 27, were driving out of the park during a camping trip on June 13 when strong winds blew the metal gate into the side of their car “and penetrated it like a hot knife through butter,” according to the administrative claim, which was filed in October. The gate narrowly missed Michaud, who was driving.

Michaud, of Denver, is seeking a little more than $240 million in damages, while Nakajjigo’s parents are seeking $30 million.

“For want of an $8.00 basic padlock, our world lost an extraordinary warrior for good; a young woman influencer who was destined to become our society’s future Princess Diana, Philanthropist Melinda Gates or Oprah Winfrey,” according to the claim, which is a precursor to a formal lawsuit.

The National Park Service did not respond to an email seeking comment, and the media relations voicemail inbox was full and could not accept messages.

Attorney Deborah Chang, who filed the claim on behalf of Michaud, as well as Nakajjigo’s parents, wrote that the National Park Service has for years used entrance and exit gates made of metal poles with “spear-like sharp ends, and they were known to swing into roadways when left unsecured.”

Employees “knew or should have known that winds strong enough to carve stone are certainly strong enough to blow an unrestrained metal pipe gate into the path of an oncoming vehicle,” Chang wrote in the claim.

The National Park Service and Arches National Park are accused of not securing the gate, which was installed to swing in the wrong direction and was being held open by a “flimsy metal tab” that was “worn down and rounded,” according to the claim.

Michaud’s attorneys also said the federal government was aware of the dangers, citing a 1980 accident in which a man was impaled by an unsecured gate as he rode in the back of a pickup in California’s Stanislaus National Forest.

Nakajjigo was born in Kampala, Uganda, and used her university tuition money to start a nonprofit community health care center when she was 17, providing free reproductive health services to girls and young women, according to a biography included in the claim.

The United Nations Population Fund gave her a Woman Achiever Award when she was 17, and she was named Uganda’s Ambassador for Women and Girls at the ceremony. She received numerous other humanitarian awards and created a popular reality television series aimed at empowering young mothers.

Nakajjigo was offered a full scholarship to the Watson Institute in Boulder, Colorado, and started a social entrepreneurship program in early 2019. She and Michaud were married in March.

Chang said she plans to file a formal lawsuit if the claim is rejected.