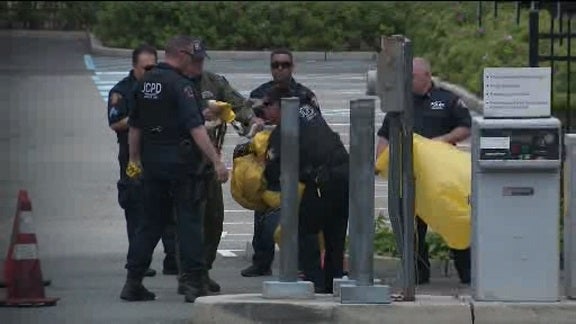 JERSEY CITY, N.J. (AP) – A Navy Seal team member has died after his parachute failed to open during a Fleet Week demonstration over the Hudson River.

The parachutist was a member of an elite Navy parachute team called the Leap Frogs.

He wasn’t identified pending notification of his family.

The Navy says the parachutist was rescued from the water by the Coast Guard and local fire department responders who were on standby; he was pronounced dead at a hospital at 1:10 p.m.

The cause of the parachute malfunction is under investigation.

Man killed by police after mask dispute at Michigan store