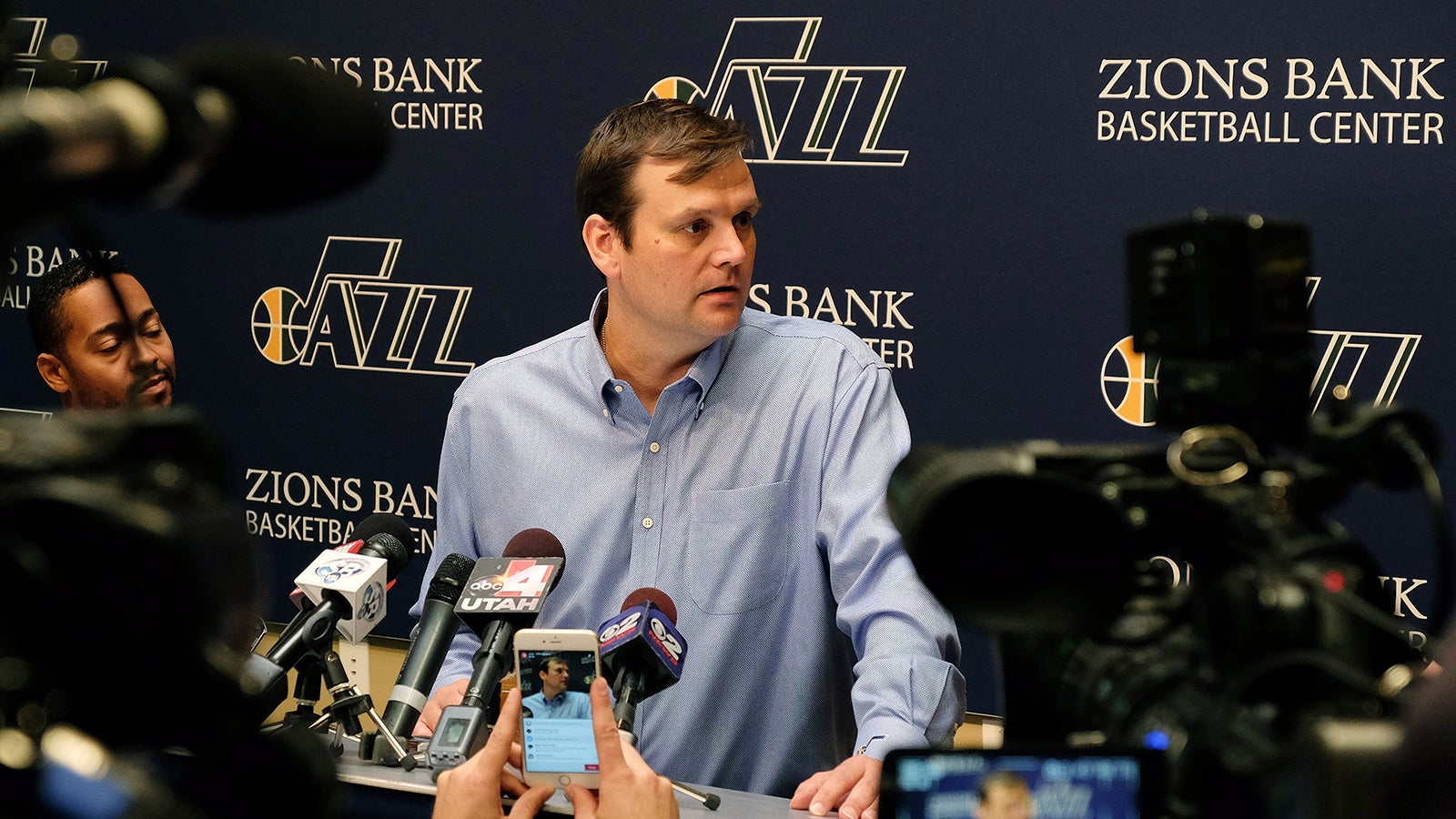 SALT LAKE CITY, UT - JULY 08: Dennis Lindsey General Manager of the Utah Jazz speaks to the press about signing George Hill and Joe Johnson to the Utah Jazz at Zions Bank Basketball Center on July 08, 2016 in Salt Lake City, Utah. NOTE TO USER: User expressly acknowledges and agrees that, by downloading and or using this Photograph, User is consenting to the terms and conditions of the Getty Images License Agreement. Mandatory Copyright Notice: Copyright 2016 NBAE (Photo by Melissa Majchrzak/NBAE via Getty Images via CNN)
by: Cesar Marin, CNN
Posted: Mar 16, 2021 / 05:14 AM EST / Updated: Mar 16, 2021 / 05:14 AM EST

(CNN) — The NBA said Monday that its investigation was unable to establish that racially insensitive comments were made by Utah Jazz Executive Dennis Lindsey as alleged by former Jazz player Elijah Millsap.

Last month, the NBA and the Jazz announced an investigation into the team executive for alleged racially insensitive comments made in 2015. In February, Millsap wrote on Twitter that Lindsey, the team’s executive vice president of basketball operations, directed bigoted remarks at him during an exit interview.

Millsap wrote in part, “Almost 6yrs ago. On April 16, 2015, D. Lindsey made bigot remarks in my exit interview while conversing with Q. Snyder ‘if u say one more word, I’ll cut your Black a– and send you back to Louisiana.'”

“The investigation was unable to establish that the alleged statement was made,” the NBA said Monday.

“As part of the investigative process, all participants involved in the 2015 meeting were interviewed and given the opportunity to provide any relevant evidence, including both Millsap and Lindsey. The investigation also involved other parties who might have been in a position to corroborate the allegation, and the review of meeting notes of the exit interview and other pertinent information,” the statement read.

Following the conclusion, a Jazz release stated, “We respect the league’s process and results announced earlier today. For more than 25 years, Dennis Lindsey has been a respected basketball executive around the NBA and a leading voice on social justice within our organization and community.”

CNN has reached out to Millsap but has not heard back.