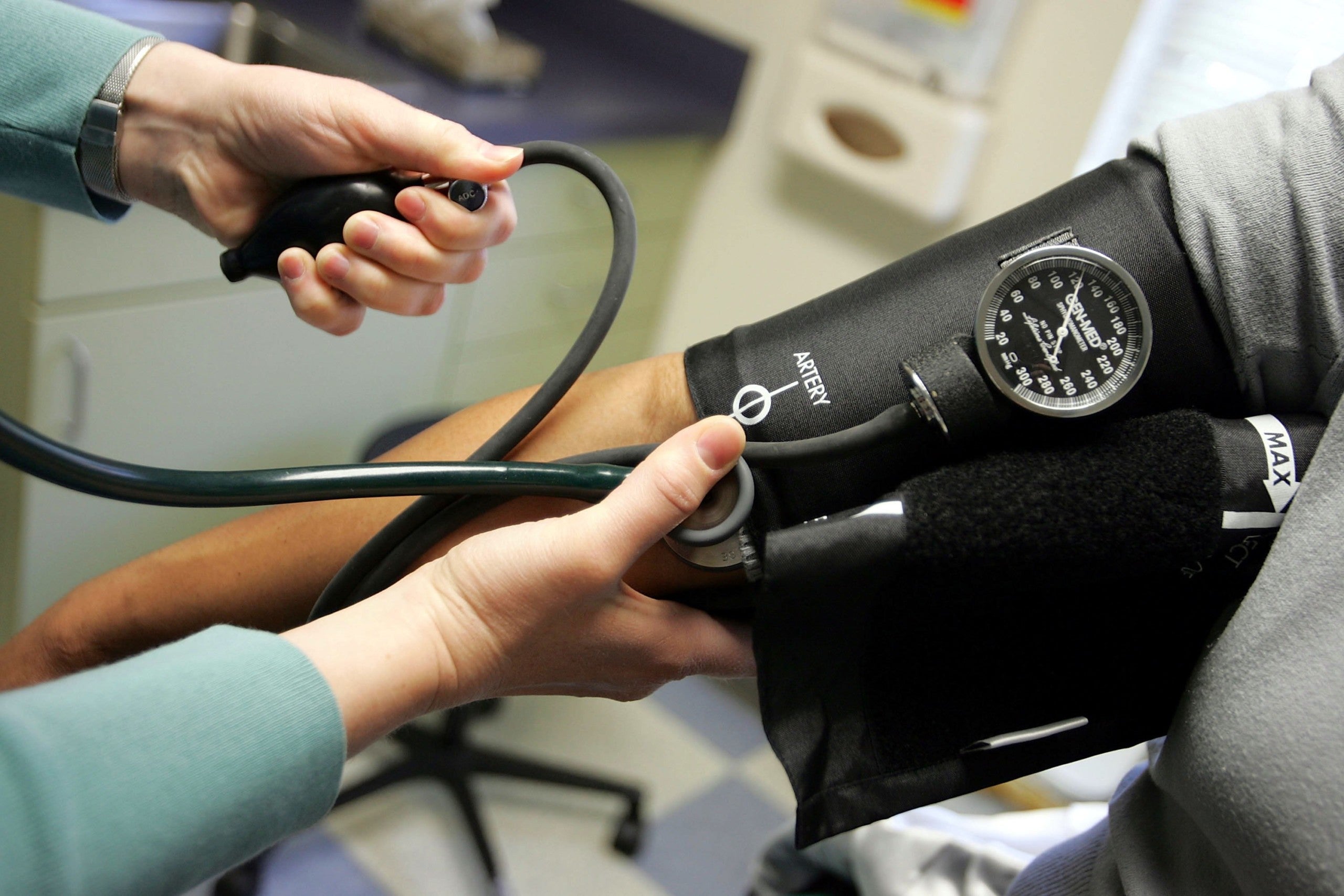 DORCHESTER, MA - APRIL 11: Dr. Elizabeth Maziarka reads a blood pressure gauge during an examination of patient June Mendez at the Codman Square Health Center April 11, 2006 in Dorchester, Massachusetts. Massachusetts Governor Mitt Romney is scheduled to sign a health care reform bill April 12 that would make it the first state in the nation to require all its citizens have some form of health insurance. (Photo by Joe Raedle/Getty Images)
by: Tami Luhby, CNN
Posted: May 13, 2020 / 08:57 AM EST / Updated: May 13, 2020 / 08:57 AM EST

(CNN) — Nearly 27 million Americans may have lost their employer-based health insurance amid sweeping layoffs due to the coronavirus pandemic, according to a Kaiser Family Foundation report released Wednesday.

Not all of those people will be left uninsured, however. Some 12.7 million would be eligible for Medicaid and another 8.4 million could qualify for subsidies to buy coverage on the Affordable Care Act exchanges — though Kaiser notes they would have to sign up for that coverage.

But that would still leave about 5.7 million people who would have to shoulder the full cost of new policies, which could prove too expensive for newly unemployed people. They could continue their employer coverage through COBRA, but would have to pay the entire premium, which totals $7,188 for a single person and $20,576 for a family of four, on average — putting that group at risk for becoming uninsured.

The report is the latest in a series of dire projections of how the steep economic downturn has likely left millions of people without employer-based policies, which cover roughly 153 million non-elderly workers and their dependents.

More than 33 million people — or 1 in 5 Americans — have filed initial unemployment claims over the past seven weeks. And a record 20.5 million jobs were lost in April, sending the unemployment rate up to 14.7%.