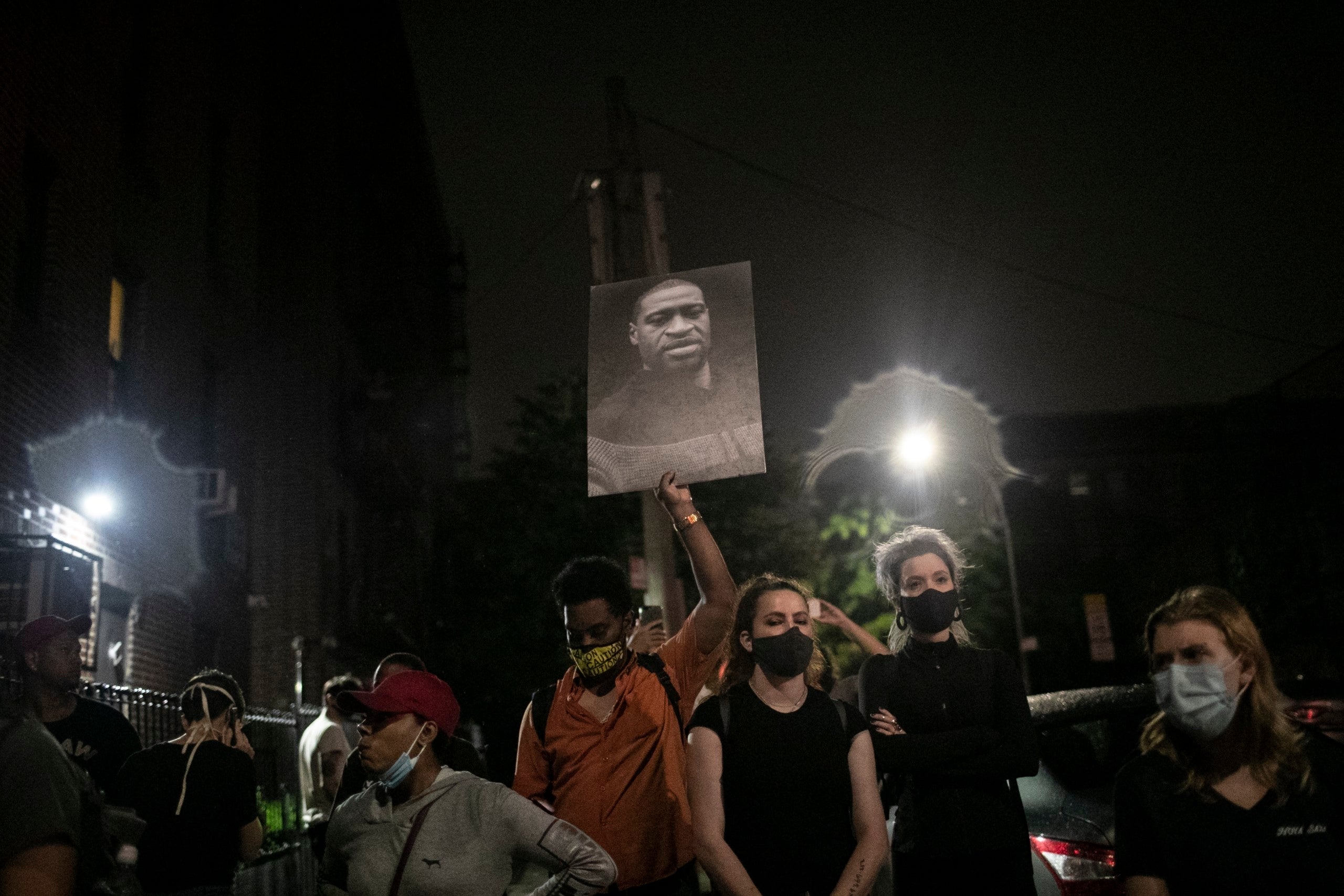 People watch as police arrest protesters for breaking a curfew during a solidarity rally calling for justice over the death of George Floyd, Friday, June 5, 2020, in the Brooklyn borough of New York. Floyd, an African American man, died on May 25 after a white Minneapolis police officer pressed a knee into his neck for several minutes even after he stopped moving and pleading for air. (AP Photo/Wong Maye-E)
by: Associated Press
Posted: Jun 7, 2020 / 01:02 PM EST / Updated: Jun 7, 2020 / 01:02 PM EST

NEW YORK (AP) — New York City lifted the curfew spurred by protests against police brutality ahead of schedule Sunday after a peaceful night, free of the clashes or ransacking of stores that rocked the city days earlier.

“I want to thank everybody who has expressed their views peacefully,” Mayor Bill de Blasio said Sunday morning. “I made the decision to end the curfew. And honestly, I hope it’s the last time we will ever need a curfew in New York City.”

While the curfew was lifted, the mayor said a decision hadn’t been made yet on whether to lift a ban on vehicles in Manhattan south of 96th Street after 8 p.m.

The 8 p.m. citywide curfew, New York’s first in decades, had been set to remain in effect through at least Sunday, with officials planning to lift it at the same time the city enters the first phase of reopening after nearly three months of shutdowns because of the coronavirus.

The move followed New York City police pulling back on enforcing the curfew Saturday as thousands took to the streets for another day of marches and rallies sparked by the May 25 death of George Floyd at the hands of Minneapolis police.

The mayor said police had arrested just four people and issued 24 court summonses on Saturday. There were more than 2,000 arrests made through Friday morning, with the largest number coming on Sunday and Monday, when hundreds were arrested as the police tried to control looting in Manhattan’s shopping districts.

More than two hours after the curfew had passed Saturday night, groups of demonstrators continued to march in Manhattan and Brooklyn, while police monitored them but took a hands-off approach.

Local politicians and civil liberties advocates had called for an end to the 8 p.m. curfew, complaining that it causes needless friction when officers try to enforce it. But de Blasio had initially insisted the curfew would remain in place throughout the weekend.

The end of the curfew comes as New York City prepares to begin reopening some businesses Monday, including manufacturing and construction companies, wholesalers and retailers. Retailers won’t be allowed to have customers inside for another couple of weeks, but can let people pick up merchandise on the sidewalk or have it delivered.

Between 200,000 and 400,000 people are expected to head back to the workplace Monday in the city, many taking a subway system that most New Yorkers have avoided since March because of the difficulty of staying 6feet away from other, potentially infected passengers.

New York Gov. Andrew Cuomo reiterated his call for people who have attended the protest marches to get tested for the coronavirus.

”Get a test. Get a test,” the governor said Sunday, adding that the state planned on opening 15 testing sites dedicated just to protesters so they can get results quickly. “I would act as if you were exposed, and I would tell people you are interacting with, assume I am positive for the virus.”