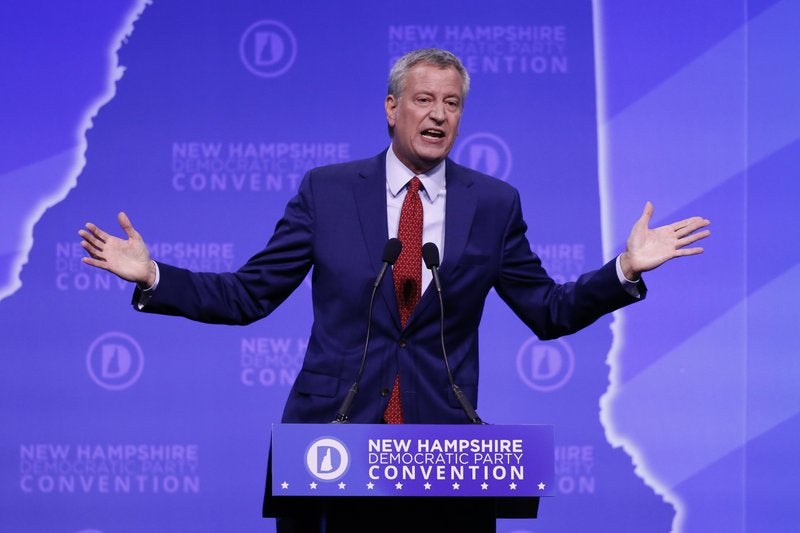 “That means that grants, not just loans, but grants can go to individuals to help make up for damage that they have here. It means the city can get reimbursed for all of its expenses, and it means that small businesses can get loans if they were hurt by this as well,” Schumer said.

Hurricane Ida made landfall as a Category 4 storm in the Gulf Coast last week, destroying homes and knocking power out to more than a million people. More than a week later, nearly 420,000 customers in Louisiana remain without power, according to PowerOutage.US.

By the time the storm made it to the East Coast, only remnants remained, but the destruction was still deadly — claiming the lives of at least 52 people across six states.

Bronx, Queens, Richmond (Staten Island), Brooklyn, and Westchester are all under the major disaster declaration.

“Individuals that live in those counties will be eligible for federal assistance through FEMA,” FEMA Administrator Deanne Criswell said, calling the damage “absolutely heartbreaking.”

Hundreds of people in the area remain displaced from their homes and are currently staying in shelters, Murphy said.

Some homes in the area were submerged in 12 feet of water, and in the aftermath first responders made over 150 water rescues, he said Monday.

Murphy told CNN’s John King that the town is “still in the process of restoration and recovery” and confirmed town workers picked up three months-worth of trash in one day on Sunday. He said he anticipates similar levels of trash each day “for the next few days at least.”

Tuesday morning will bring progress for New York City residents, as all subway lines will offer full service after the brutal impacts of the storm, the Metropolitan Transportation Authority announced.

The storm and the standstill it brought New York shows that many cities are simply not prepared to deal with the future of climate change, the Democratic nominee for Mayor of New York City said.

“When you look at the 13 lives that were lost here, the devastation of not only personal injury but property damage, is really going to highlight how our inner cities must start looking at how we deal with climate change,” Eric Adams told CNN’s Anderson Cooper Monday night.

Adams said that cities like New York City have infrastructure that was created to handle rain but not the torrential amount they experienced last week. He suggested that US cities like New York should look to other places around the globe, like the Netherlands, to see how they deal with rising water levels.

“I think we just need to rethink about living with water and how we do it correctly,” Adams said.

In Louisiana, some of the biggest challenges of the aftermath has been fuel shortages and power outages. And while power has been restored to many, hundreds of thousands are still in the dark.

“We’ve never seen anything this large. Even with Katrina, the damage was extended to multiple states. With Ida, nearly all of the damage is here in Louisiana,” power company Entergy Louisiana’s Senior Manager of Distribution Engineering Joe Book said in a tweet Sunday.

FEMA is providing rapid financial assistance for those in need of food, water, fuel, and prescriptions, External Affairs Officer John Mills said in an email Monday. The agency is also providing rental assistance to Hurricane Ida evacuees staying in hotels.

“For immediate needs not covered by insurance, FEMA Is providing expediated rental assistance for people who have evacuated to hotels — or need to relocate — because of the prolonged, life-threatening power outage,” FEMA External Affairs Officer John Mills said in an email Monday.

The outages in Tangipahoa Parish are so severe, residents in need of shelter are being sent outside the parish.

Over 72% of Tangipahoa Parish residents, making up 50,396 homes, were still without power on Monday, Dawson Primes, the Tangipahoa Parish Homeland Security and Emergency Management director said during a parish briefing on Monday afternoon.

“With the damage to the schools and the lack of power for those facilities, we don’t have a place that has power in the parish,” Primes said, adding that the parish is offering transportation to shelters outside the parish.

Due to the magnitude of the damages, Entergy is currently anticipating September 17 as the restoration time for Tangipahoa Parish, according to an update from Patty Riddlebarger with the Entergy Corporation during the parish’s presser Monday.