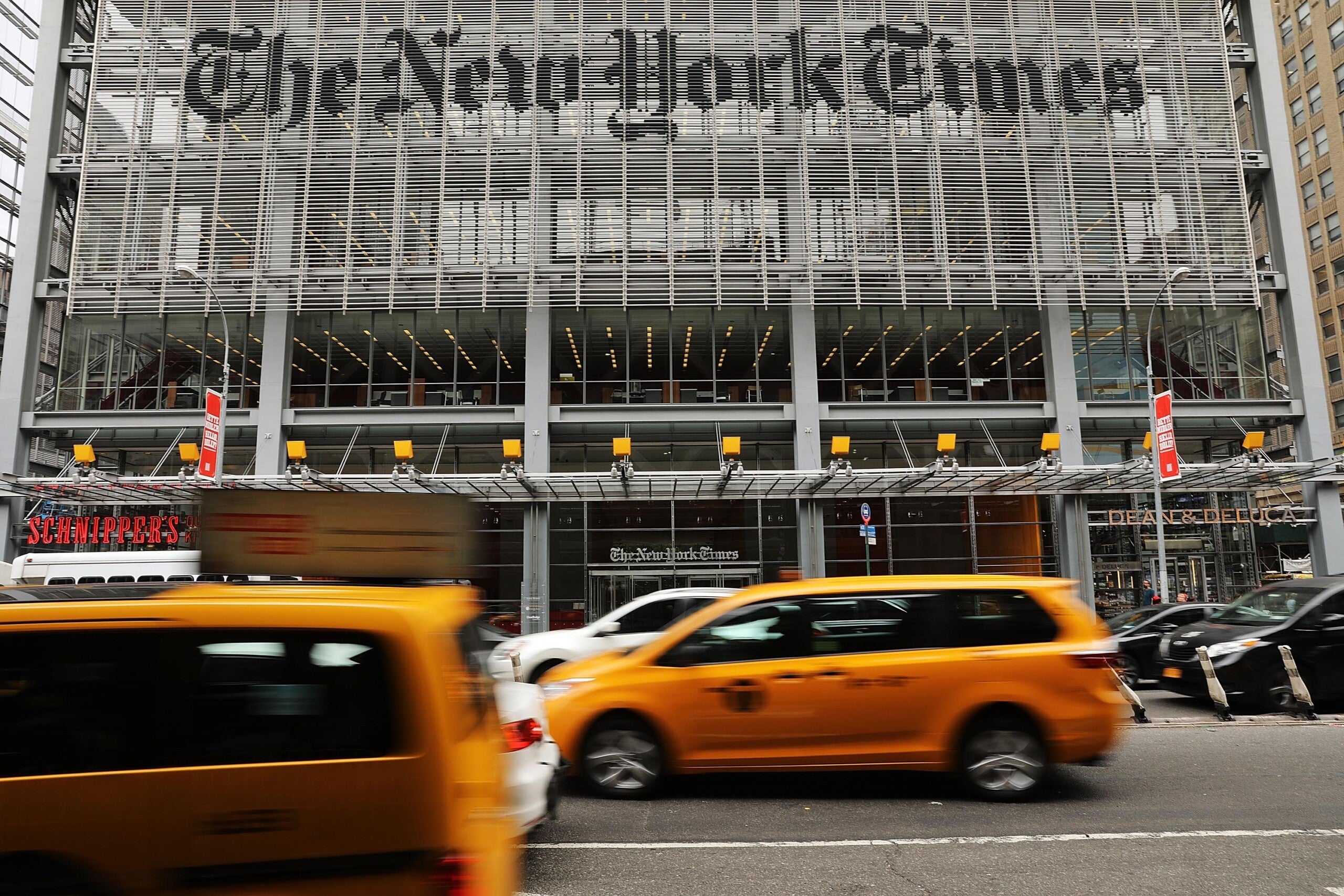 (CNN) — Two prominent staffers of The New York Times who’d been the focus of high-profile recent controversies for the paper — audio producer Andy Mills and science and health reporter Donald McNeil, Jr. — are leaving the paper.

Mills’ departure follows the paper’s correction of the “Caliphate” podcast — an award-winning podcast he helped produced — that brought about renewed attention to his past behavior.

Mills published a lengthy statement on Friday about the decision and the allegations against him on his personal website.

“Like all human beings, I have made mistakes that I wish I could take back,” Mills wrote. “I look back at those actions with extraordinary regret and embarrassment.”

Mills was a producer of “Caliphate,” the paper’s award-winning, 12-part podcast about the Islamic State. In December, The Times announced that the podcast “did not meet our standards for accuracy.” The account of a central character Shehroze Chaudhry, a Canadian resident, who claimed to have joined ISIS and participated in executions turned out to be fabricated.

The Times faced backlash for its decision to reassign Rukmini Callimachi, a Times correspondent who hosted the podcast, to a new area of coverage after the revelation of the fabrication, even as it seemingly took no action against Mills. In fact, Mills hosted an episode of “The Daily,” the Times’ popular daily news podcast shortly after The Times issued the corrections to “Caliphate.”

A group of 24 public radio stations sent a letter to The Times last month listing several concerns about the company’s handling of the correction to “Caliphate,” including Mills being given “greater visibility.” The letter also linked to a Washington Post story with allegations of Mills’ inappropriate behavior, most of which occurred at his previous job at WNYC’s Radiolab. The Cut reported on the culture at WNYC, including allegations against Mills, in 2018.

In response, Times assistant managing editor Sam Dolnick wrote in a letter that the company is taking the allegations of misconduct “very seriously.”

As of last week, Mills’ company Slack account had been deactivated, Yashar Ali reported, and emails sent to his Times account bounced, sparking rumors about his status with The Times. But Mills told CNN Business at the time, “My employment status has not changed.”

The saga has been a black mark for The Times’ growing audio ambitions.

Separately, The Times announced on Friday that McNeil will be leaving the company. McNeil’s continued employment at the paper had become a problem for The Times after the Daily Beast reported last month that participants in a 2019 school trip to Peru accused McNeil of making “racist and sexist remarks throughout the trip.” A Times spokesperson told the Daily Beast the company investigated the complaints and “disciplined Donald for statements and language that had been inappropriate and inconsistent with our values.”

After the Daily Beast’s report, executive editor Dean Baquet emailed staff to say that he was “outraged” at first, but he did not viewed McNeil’s intentions as “hateful or malicious” after an investigation into the matter.

Friday’s memo about McNeil, signed by Baquet and managing editor Joseph Kahn, said the company does “not tolerate racist language regardless of intent.”

McNeil had worked at The Times since 1976, and for the last year had closely covered the pandemic. He has appeared on NPR, CNN and other major news networks to share his expertise.

McNeil admitted to using a racial slur in a note to staff on Friday. He wrote that he used a racial slur in conversation with a student who asked about whether a classmate or hers should have used the word.

“For that I apologize,” McNeil wrote. “To the students on the trip, I also extend my sincerest apology. But my apology needs to be broader than that. My lapse of judgment has hurt my colleagues in Science, the hundreds of people who trusted me to work with them closely during this pandemic, the team at ‘The Daily’ that turned to me during this frightening year, and the whole institution, which put its confidence in me and expected better.”