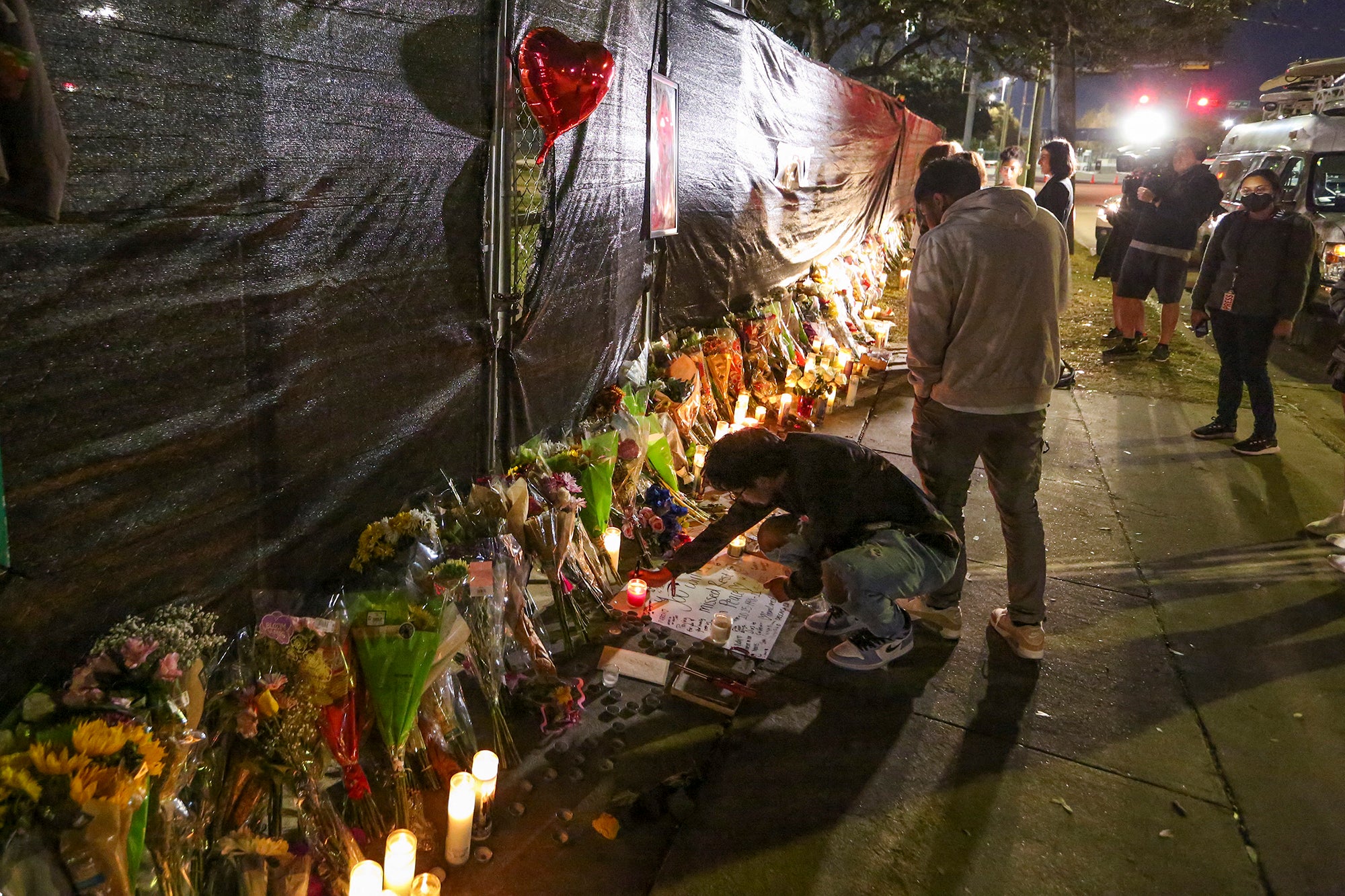 People attend a makeshift memorial on November 7, 2021 at the NRG Park grounds where eight people died in a crowd surge at the Astroworld Festival in Houston, Texas. - Authorities in Texas opened a criminal investigation Saturday into a tragedy in which the crowd at a huge Travis Scott rap concert surged toward the stage in a crush that killed eight people and sent dozens to the hospital. Around 50,000 people were in the audience at Houston's NRG Park Friday night when the crowd started pushing toward the stage as Scott was performing, triggering chaotic scenes. (Photo by Thomas Shea / AFP) (Photo by THOMAS SHEA/AFP via Getty Images via CNN)
by: Jordan Valinsky, CNN Business
Posted: Nov 16, 2021 / 10:52 AM EST / Updated: Nov 16, 2021 / 10:52 AM EST

(CNN) — Nike has postponed the release of its latest sneaker collaboration with Travis Scott following the Astroworld concert tragedy that left 10 people dead.

“Out of respect for everyone impacted by the tragic events at the Astroworld Festival, we are postponing the launch of the Air Max 1 x Cactus Jack,” Nike said on its website Monday.

The sneaker, officially known as the ‘Nike x Travis Scott Air Max 270 ‘Cactus Trails,'” has several designs. The latest was meant to be released in December and a rescheduled release date was not announced.

The death toll from the chaotic concert in Houston rose to 10 following the death of a 9-year-old boy Sunday from injuries sustained at the festival.

Earlier this month, hundreds of concertgoers were crushed, trampled and struggled to breathe as the packed crowd surged toward an outdoor stage when rapper and headliner Scott started performing.

A slew of lawsuits have been filed against Scott, the festival organizer and others by the families of the deceased and injured. A coalition of Houston lawyers announced last week they represent more than 200 victims who attended the festival and have filed more than 90 lawsuits in Harris County Civil Court against promoter Live Nation and others involved in the fatal event.