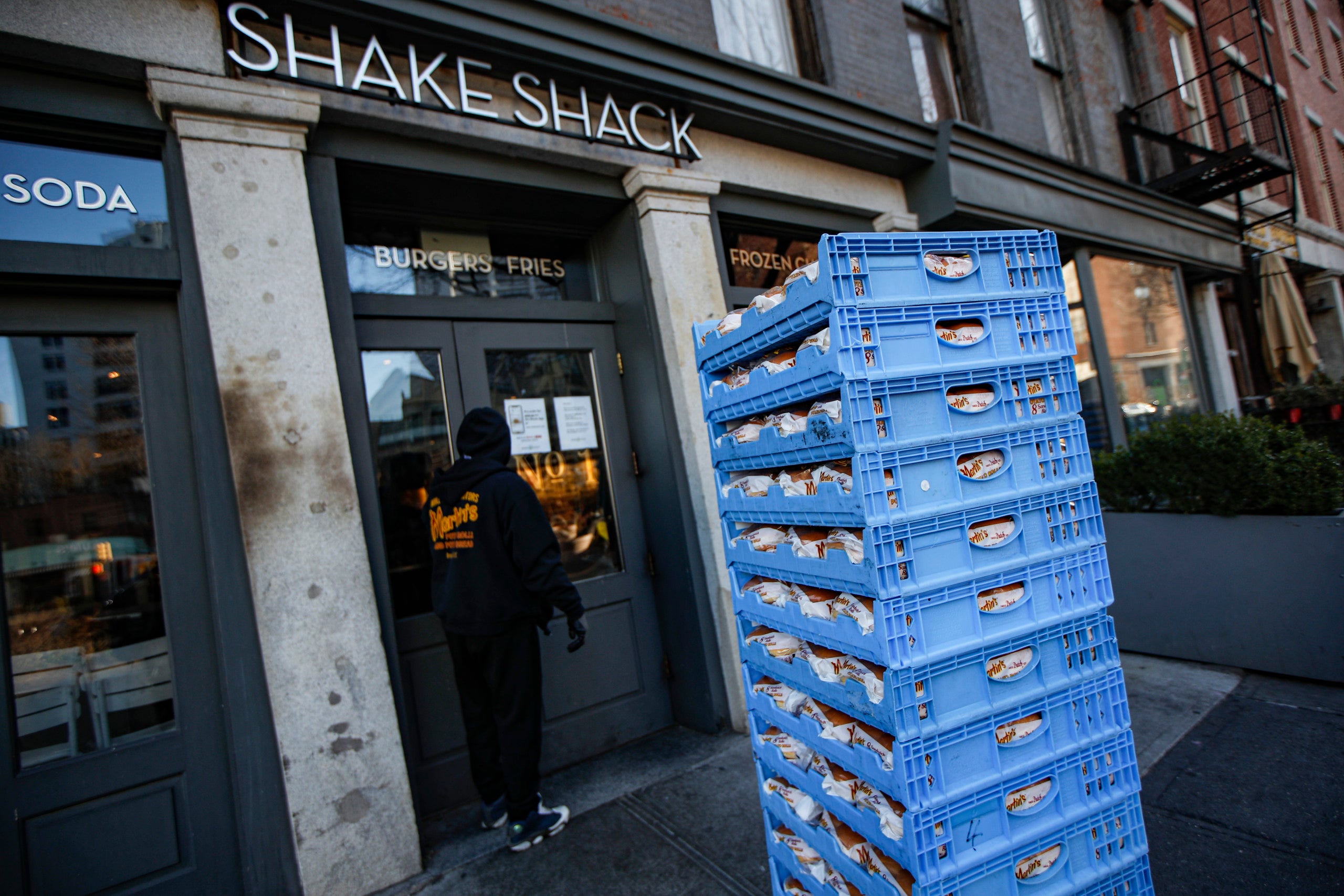 FILE - In this March 16, 2020, file photo, a bread delivery is made to a Shake Shack restaurant in the Brooklyn borough of New York. The burger chain Shake Shack says it will return a small-business loan it got to help weather the coronavirus crisis after topping up its funding. (AP Photo/John Minchillo, File)
by: Laura Ly and Hollie Silverman, CNN
Posted: Jun 16, 2020 / 05:56 AM EST / Updated: Jun 16, 2020 / 05:56 AM EST

(CNN) — Three New York City Police Department officers have been released from the hospital after getting sick when they drank milkshakes from Shake Shack Monday night.

The shakes may have been tainted with bleach, according to a statement from the NYC Police Benevolent Association.

The NYPD launched an investigation after the officers fell ill and determined early Tuesday morning that there was no criminality by employees, according to a tweet from NYPD Detective Chief Rodney Harrison.

“After a thorough investigation by the NYPD’s Manhattan South investigators, it has been determined that there was no criminality by (Shake Shack’s) employees,” the tweet said.

The officers bought the beverages at the restaurant chain’s lower Manhattan location around 8:30 p.m., a spokeswoman for the department said.

All three officers were transported to a local hospital where they were treated, observed and released, according to the spokeswoman.

The NYCPBA, which represents more than 50,000 active and retired police officers, said in a statement posted to Twitter Monday night that the officers “discovered that a toxic substance, believed to be bleach, had been placed in their beverages.”

The officers had already ingested part of the beverages when they noticed a substance was in their drinks, the statement said.

“When NYC police officers cannot even take meal without coming under attack, it is clear that environment in which we work has deteriorated to a critical level,” PBA President Patrick Lynch wrote.

Following the incident, the PBA sent a letter to their members urging them to carefully inspect their food and remain vigilant during meals.

Shake Shack is “horrified by the reports of officers injured,” and is working with police on their investigation into the incident, a tweet from the burger chain said late Monday night. CNN has reached out for further comment from the restaurant but has not yet heard back.