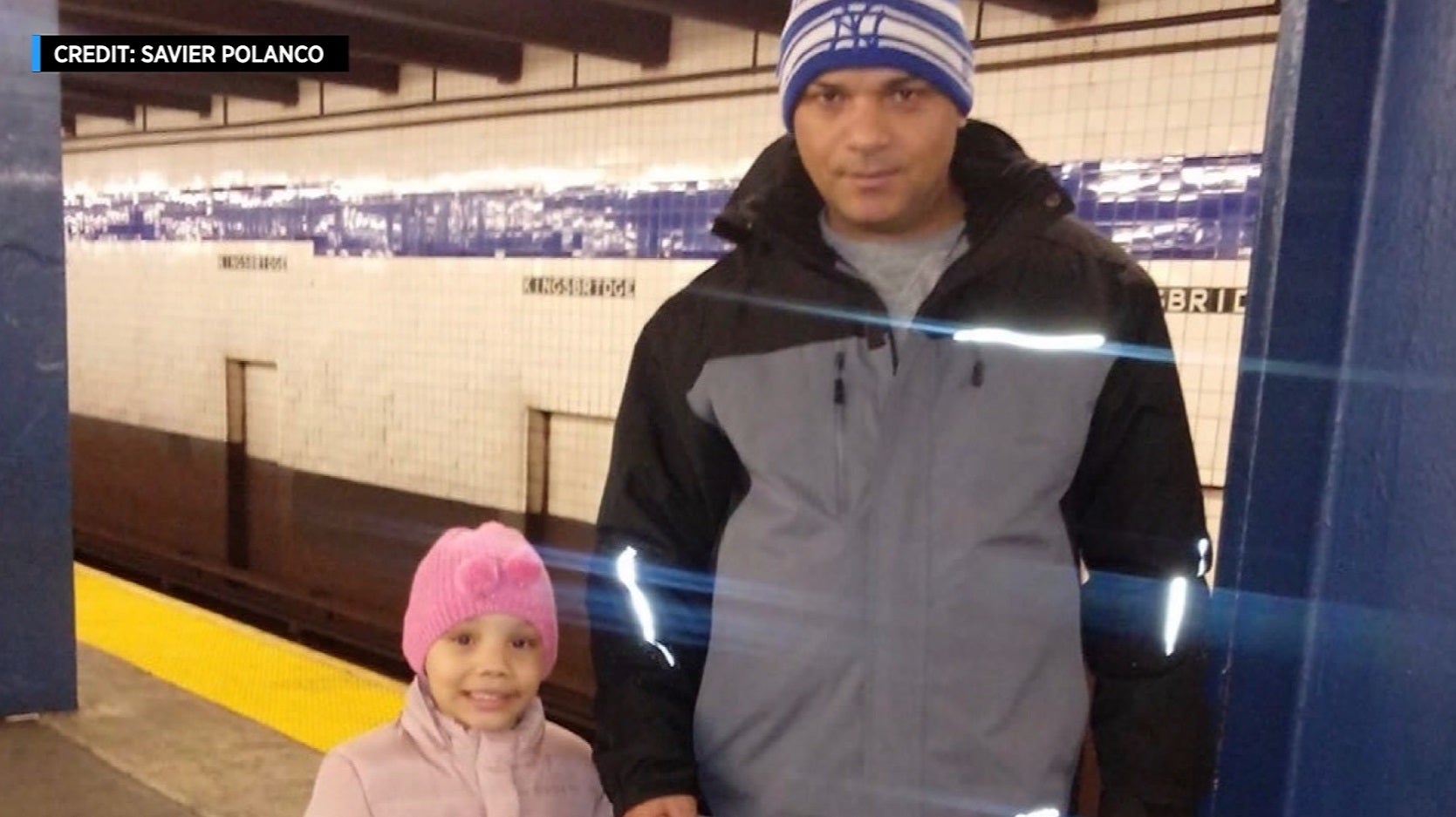 NEW YORK (WISH) — A little girl was sent to the hospital after her father jumped in front of a train while holding her wrist. He was killed.

WCBS in New York reports that a 45-year-old man was holding his five-year-old daughter’s wrist as he jumped in front of a train in the Bronx on Monday morning.

Police tell WCBS that his jump was intentional. He was killed instantly. The girl was injured but managed to crawl out into the arms of a Good Samaritan that jumped onto the tracks to help her.

The girl has since been released from the hospital and is with her godfather.

Police say they don’t know why her father jumped.

“My little girl is in perfect condition thanks to god and the angels that protected her,” Niurka Caraballo, the girl’s mother, told WCBS. “Those living angels with my little girl. Thank you, thank you.”