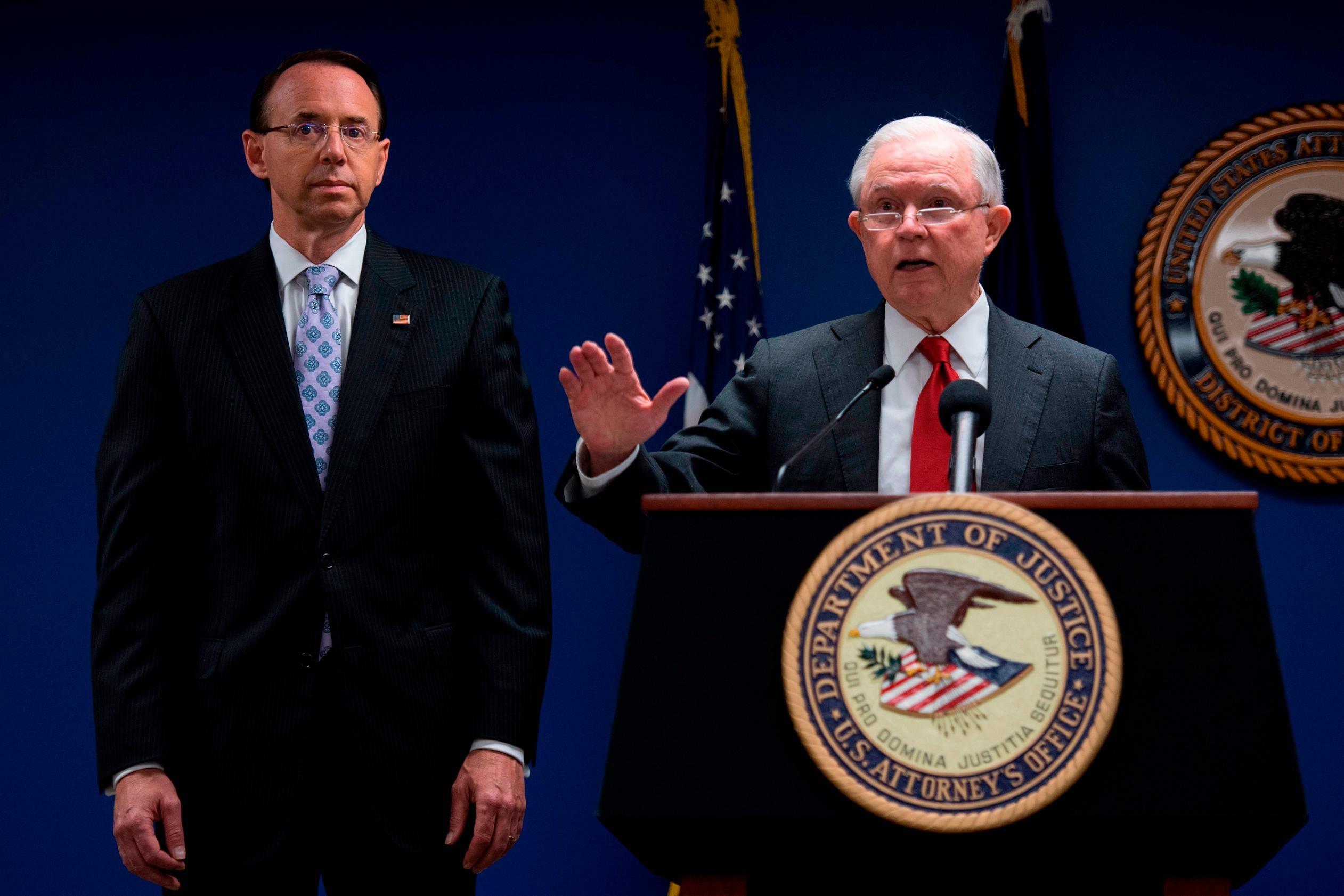 (CNN) — Top officials in the US Justice Department were the “driving force” behind President Donald Trump’s controversial zero-tolerance immigration policy that separated thousands of migrant children from their families, according to a draft of Justice Department Inspector General Michael Horowitz’s investigation report reviewed by The New York Times.

In one May 2018 episode detailed in the draft report, then-Attorney General Jeff Sessions told a group of prosecutors on a conference call, “We need to take away the children,” according to participants’ notes, the Times reported.

Days later, according to the paper, then-Deputy Attorney General Rod Rosenstein told prosecutors in a second call that migrant children should be separated regardless of their age, adding that lawyers should have prosecuted two cases that involved children who appeared not much older than infants.

Following that call, the departing US attorney in western Texas, John Bash, wrote to his staff that Rosenstein “instructed that, per the A.G.’s policy, we should NOT be categorically declining immigration prosecutions of adults in family units because of the age of a child,” the Times reported.

The revelations detailed in Horowitz’s 86-page draft report offer new insight into the involved role that top Justice Department officials played in implementing the Trump administration’s zero tolerance immigration policy that was in place from May 2018 to late June 2018. The policy called for the criminal prosecution of adults crossing the border, resulting in thousands of children being separated from their parents and placed in government care.

“The department’s single-minded focus on increasing prosecutions came at the expense of careful and effective implementation of the policy, especially with regard to prosecution of family-unit adults and the resulting child separations,” Horowitz’s draft report states, according to the Times.

Sessions refused to be interviewed for the report, the Times said. Rosenstein, however, defended his actions in an interview with investigators and his former office provided a lengthy response to the report.

“If any United States attorney ever charged a defendant they did not personally believe warranted prosecution, they violated their oath of office,” Rosenstein said in a statement. “I never ordered anyone to prosecute a case.”

According to the Times, the draft report also outlines how Border Patrol agents missed felony cases after being overwhelmed by all the misdemeanor illegal entry cases that they had to detain and prosecute under the zero-tolerance policy.

CNN previously reported a 2019 inspector general report found that the Trump administration does not know how many children were separated from a parent or guardian in 2018, but it’s “thousands” more than the 2,737 it had previously acknowledged.

“More children over a longer period of time were separated by immigration authorities and were referred to HHS for care than is commonly discussed in the public debate. How many more children were separated is unknown,” said Ann Maxwell, assistant inspector general for evaluation and inspections.

The Department of Health and Human Services and the inspector general were unable to identify how many more children were separated because there were “significant challenges in identifying separated children.”