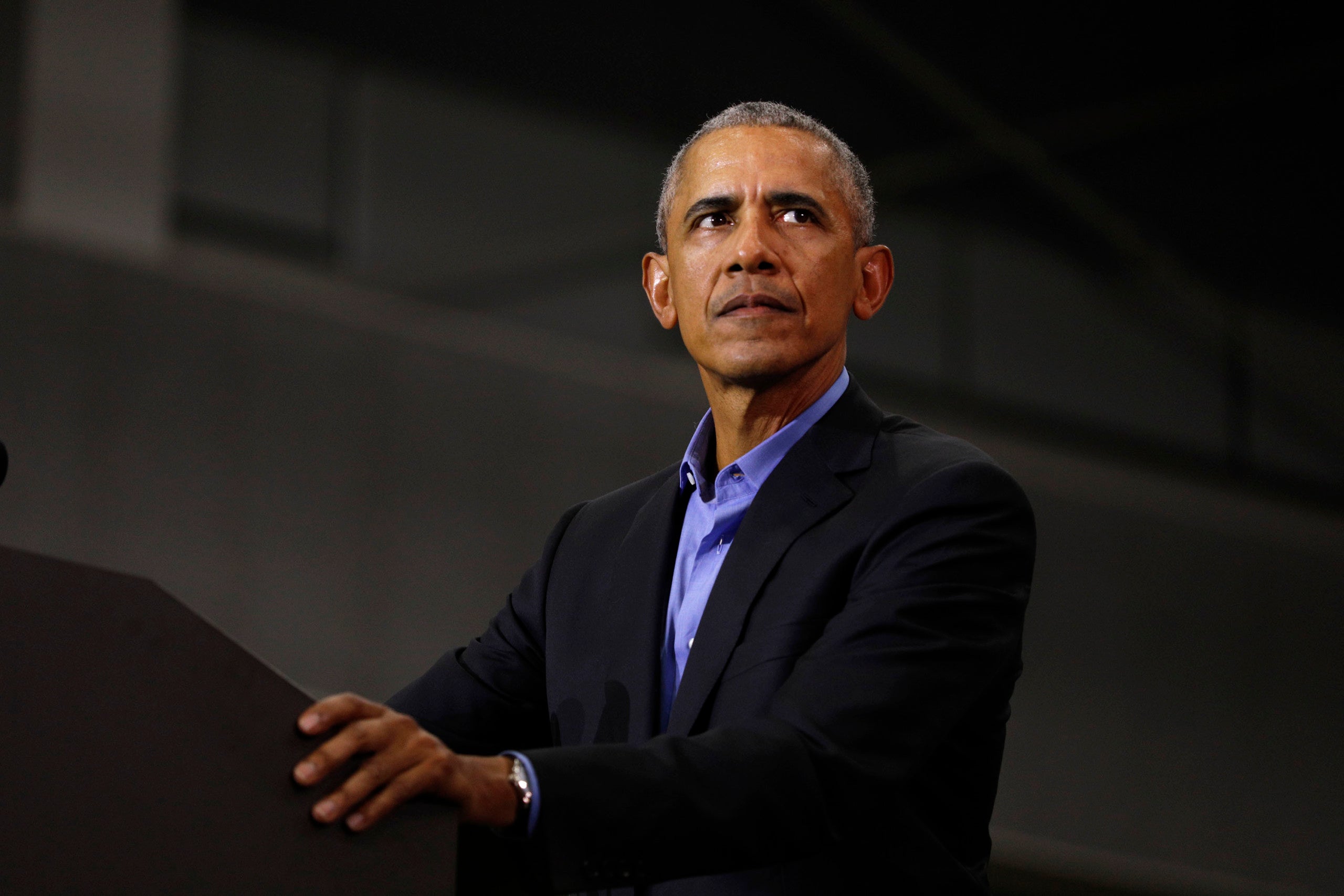 DETROIT, MI - OCTOBER 26: Former President Barack Obama speaks at a rally to support Michigan democratic candidates at Detroit Cass Tech High School on October 26, 2018 in Detroit, Michigan. Obama, and former Attorney General Eric Holder, who was also at the rally, are among approximately a dozen democrats who were targeted by mail bombs over the past several days. (Photo by Bill Pugliano/Getty Images)
by: CNN Wire
Posted: Jun 3, 2020 / 09:52 PM EST / Updated: Jun 3, 2020 / 09:52 PM EST

(CNN) — Former President Barack Obama on Wednesday personally thanked protesters in the streets across the nation following the death of George Floyd, and urged young African Americans to “feel hopeful even as you may feel angry” because he feels change is coming.

In a hopeful speech, Obama said that the significant events over the last months, including the protests over the killing of Floyd and the ongoing coronavirus pandemic, represent “the kinds of epic changes … in our country that are as profound as anything I have seen in my lifetime.”

Obama cheered the protesters throughout the online event and urged them to keep going.

“I know enough about that history to say: There is something different here,” Obama said, referring to the protests of the 1960s. “You look at those protests, and that was a far more representative cross-section of America out on the streets, peacefully protesting, who felt moved to do something because of the injustices that they have seen. That didn’t exist back in the 1960s, that kind of broad coalition.”

Obama’s remarks Wednesday were not the first time he has spoken on Floyd’s death and the ongoing protests — he has used his multiple social media platforms to comment — but they do represent the first time the nation’s first black president has addressed Floyd’s death on camera, and they provide an additional influential voice encouraging the protests.

But Obama also urged protesters to know that hitting the streets is not enough and urged them to also show up to vote in November.

“I’ve been hearing a little bit of chatter … voting vs. protest. Politics and participation versus civil disobedience and direct action,” Obama said. “This is not an either or. This is a both and. To bring about real change, we both have to highlight a problem and make people in power uncomfortable, but we also have to translate that into practical solutions and laws that can be implemented.”

Obama did not mention President Donald Trump in his remarks, but his message marked a stark contrast with Trump’s focus on cracking down on the protests and message of “law and order.”

Obama didn’t directly criticize anyone during the event, but he closed with a veiled message to those Americans who have criticized or are worried about the protests.

“And for those who have been talking about protests, just remember, this country was founded on protest. It is called the American Revolution,” he said. “And every step of progress in this country, every expansion of freedom, every expression of our deepest ideals, has been won through efforts that made the status quo uncomfortable. And we should all be thankful for folks who are willing in a peaceful, disciplined way to be out there making a difference.”

The most personal portion of Obama’s comments came when he invoked his own family during a message the former president said was meant specifically for young black men and women.

Then Obama pivoted to his family, saying that when he goes home and looks “at the faces of my daughters, Sasha and Malia, and I look at my nephews and nieces, I see limitless potential that deserves to flourish and thrive … without having to worry about what is going to happen when you walk to the store or go for a jog or are driving down the street or are looking at some birds in a park.”

He said young people have “the power to make things better” and “have helped to make the entire country feel as if this is something that has got to change.”

“I hope that you also feel hopeful even as you may feel angry,” he said. “You have communicated a sense of urgency that is as powerful and transformative as anything I have seen in recent years.”

Obama’s comments came during a virtual town hall Wednesday evening hosted by My Brother’s Keeper Alliance, a program of the Obama Foundation.

An Obama aide had said the former president planned to address Floyd’s death during the event, wanting to stress the importance of “ensuring that this moment becomes one for real change” and that the protests around the country lead to new policies.

Throughout the event Obama linked the current protests with the 400 years of discrimination black Americans have faced.

“In a lot of ways, what has happened over the last several weeks is challenges and structural problems here in the United States have been thrown into high relief,” he said. “They are the outcomes not just of the immediate moments in time, but they are the result of a long history of slavery and Jim Crow and redlining and institutionalized racism that too often have been the plague, the original sin, of our society.”

And he closed the speech with a direct call to the mostly young people who have recently taken to the streets: “Keep working. And stay hopeful.”

“This is a moment, and we have had moments like this before where people are paying attention. And that doesn’t mean that everything will get solved, so don’t get disheartened, because this is a marathon, not a sprint. But the fact that people are paying attention provides an opportunity to educate, activate, mobilize and act,” Obama said. “And I hope we are able to seize this moment.”

This story has been updated with more of Obama’s remarks.