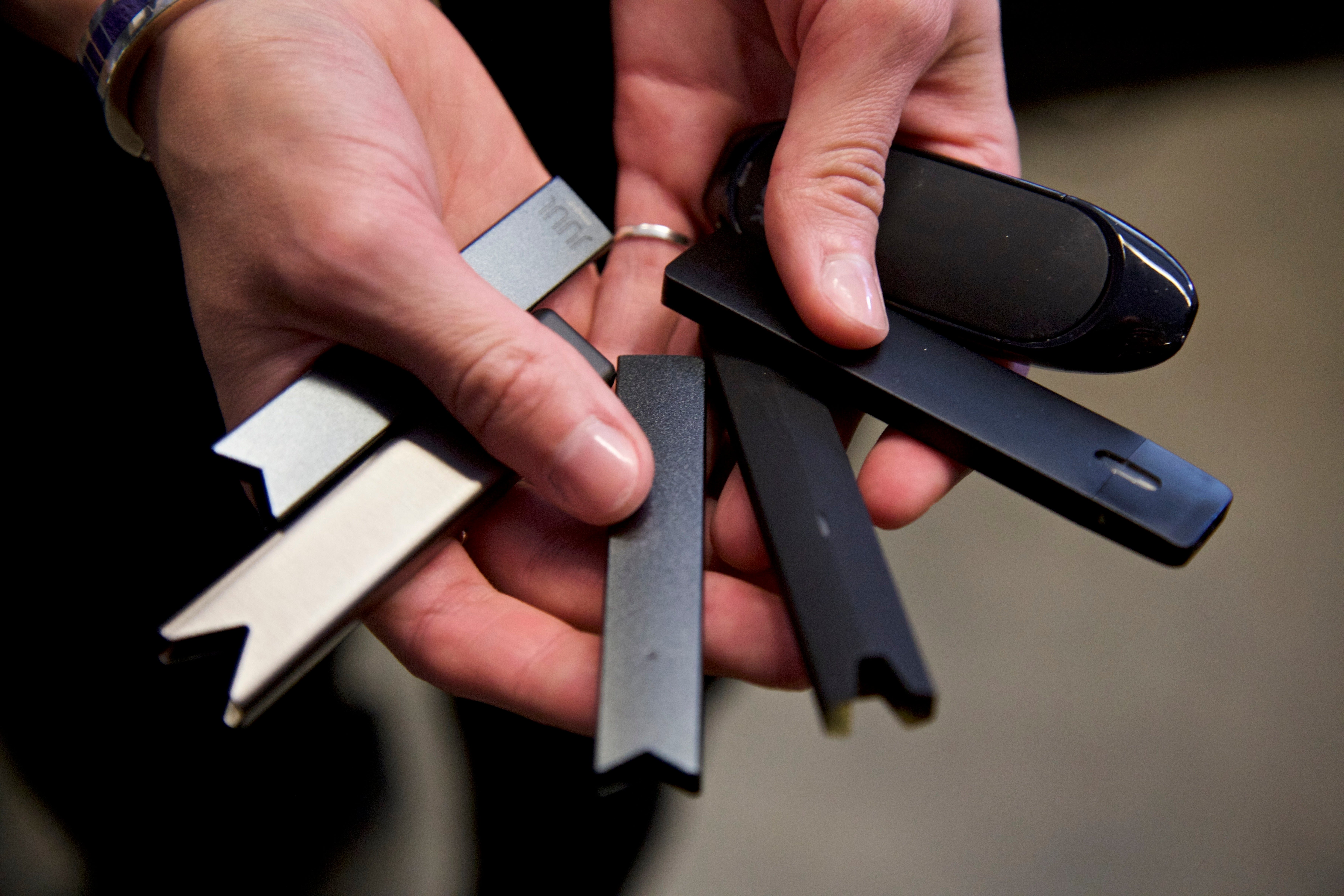 FILE - In this April 16, 2019, file photo, a researcher holds vape pens in a lab at Portland State University in in Portland, Ore. As of October 2019, experts who examined lung tissue from 17 patients say lung damage reported in people who use e-cigarettes and other vaping devices looks like chemical burns similar to what you’d see in people exposed to poisonous gases. (AP Photo/Craig Mitchelldyer, File)
by:
Posted: Oct 4, 2019 / 03:13 PM EST / Updated: Oct 4, 2019 / 03:13 PM EST

SALEM, Ore. (AP) — Oregon’s governor ordered a temporary ban Friday on the sale of flavored vaping products amid an outbreak that has sickened more than 1,000 people nationwide — and killed two in Oregon.

The illnesses first appeared in March, with symptoms including shortness of breath, fatigue and chest pain. Most who got sick said they vaped products containing THC, the marijuana ingredient that causes a high, but some said they vaped only nicotine.

Gov. Kate Brown’s order imposes a 180-day ban on all flavored vaping products and on the sale of other sources or additives as they are identified in cases of vaping-related lung injuries or deaths.

“The safest option for Oregonians right now is to not use vaping products of any kind. Until we know more about what is causing this illness, please, do not vape,” Brown said.

The Oregon Health Authority had asked Brown for a six-month ban on sale and display of all vaping products, including tobacco, nicotine and cannabis. The agency also urged Oregonians to stop using all vaping products until federal and state officials have determined the cause of the illnesses.

The Oregon Retailers of Cannabis Association said it was very grateful the governor did not implement a complete ban on cannabis vaping products, like Massachusetts did. The group told its members that technical questions and issues need to be worked out and that it will try to “ensure the government acts responsibly and makes evidenced-based decisions that do not needlessly harm the legal cannabis industry.”

State Rep. Cheri Helt, a Republican from Bend, said she’ll seek bipartisan legislation to address the dangers of vaping, including bans if necessary.

In Oregon, eight cases have been reported, two of which resulted in death.