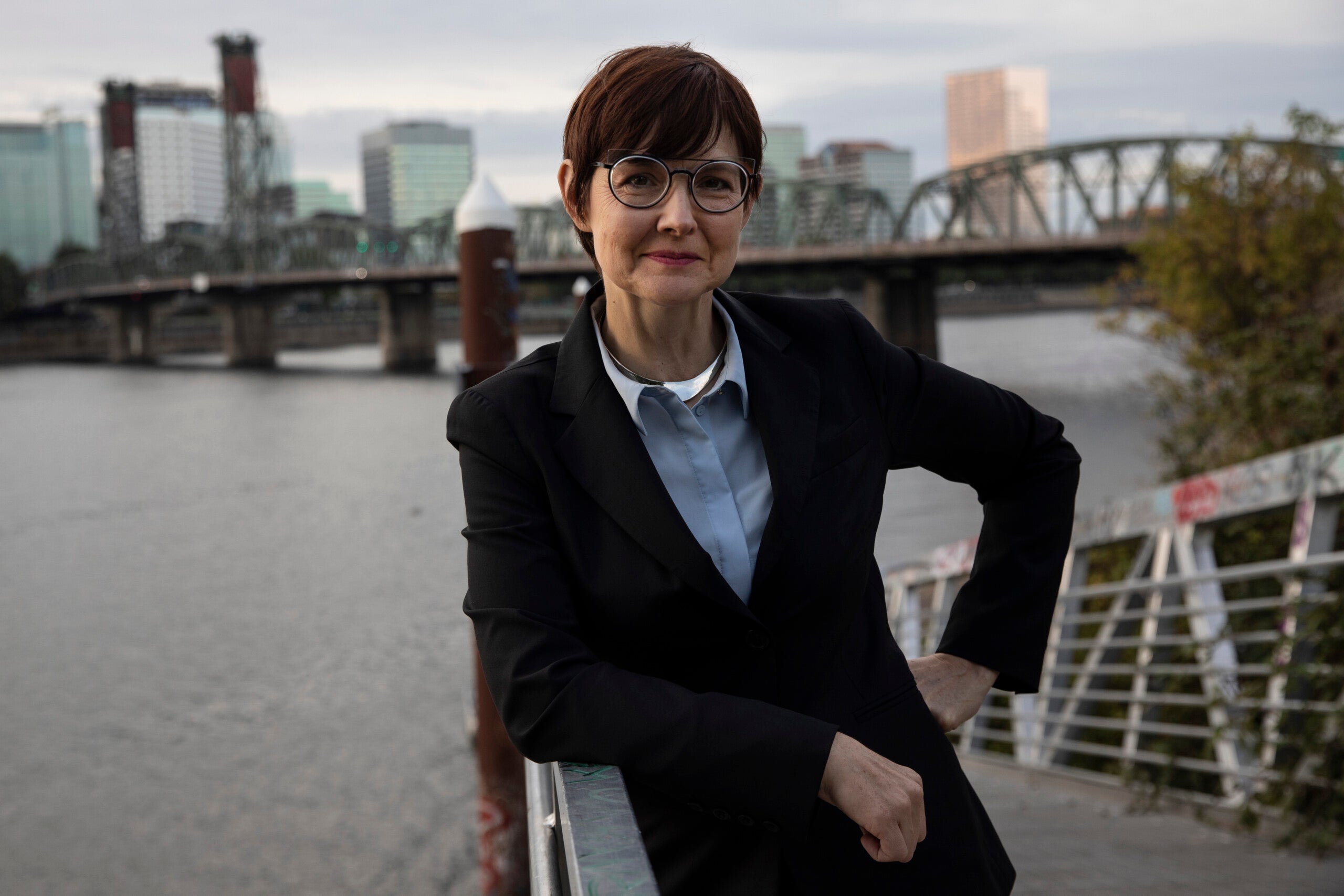 PORTLAND, Ore. (AP) — In most election cycles, America wouldn’t pay attention to the Portland, Oregon, mayoral race — but this isn’t a normal year.

Months of protests against racial injustice and police violence have made Portland national news in a divisive election year, and President Donald Trump routinely derides Mayor Ted Wheeler as a weak liberal unable to stop unrest in his “anarchist” city.

But as Wheeler spars with Trump, the mayor is also facing a threat at home from the opposite end of the political spectrum: a far-left challenger who supports $50 million in law enforcement cuts and slams her opponent for what she describes as an aggressive police force. Hemmed in by critics, Wheeler recently lent his campaign $150,000 as he struggles to fend off Sarah Iannarone.

“The race is really in flux,” said Jim Moore, a Pacific University political science professor. “The thing that will cause him to lose is responding to the protests in all their complexity. That’s why Portland’s election is important nationally, not just because of the protests but also because of the president. The president brings it up all the time.”

Wheeler narrowly missed winning a second term outright in May but the career Democrat’s approval ratings plummeted as protests dominated headlines into the fall. Business interests and moderates are angry that he’s let the protests go on so long, while passionate, far-left-leaning progressives are embracing the unrest as necessary for rooting out systemic racism.

Many of those voters are backing Iannarone, who has attended three dozen protests and touts campaign bumper stickers that read “Everyday Antifascist. Always.”

Recent polling shows Wheeler trailing his challenger, but with many undecided voters. Oregon, a universal vote-by-mail state, will send out ballots this week.

“The hard thing for a candidate like me in a time of near revolutionary fervor for change is that I seek the elusive center,” Wheeler recently told The AP. “I don’t believe compromise is a dirty word, and I still govern with an eye to the future rather than the emotion of the moment — and right now we’re in a very fearful, anxious and emotional time in our history.”

Since May, the city has cut about $15 million from the police budget — including a gun violence reduction team, transit police and a school resource officer program — but Wheeler has resisted pressure to take away more from the bureau’s nearly $250 million budget without a safety net for mental health and homelessness calls that police handle daily.

Wheeler, as police commissioner, has also taken heat for allowing officers to use tear gas. He banned it entirely last month, and says police have made some mistakes but done some things right, too.

“When people call 911, they expect to get a response. If you’re going to eviscerate the police bureau, then you have to be able to answer the question … ‘What is the plan to actually fill the gap?’” he said. “And so far, we have not had that conversation.”

But Wheeler’s failure to engage with Black activists and other protesters cost him local support, critics say, even as he drew national attention for getting tear-gassed by U.S. agents when he attended a protest outside a federal courthouse.

“I’m still trying to pin down what Ted Wheeler really stands for,” said Cameron Whitten, founder of The Black Resilience Fund who’s endorsed Iannarone. “He’s a wind vane, he’s got no base and the community is divided because of it.”

Iannarone supports calls to cut $50 million from the police budget and paints Wheeler as an establishment candidate beholden to corporate interests. She repeats an oft-cited criticism: That Wheeler failed to build critical relationships as he tried to please all sides.

A passionate advocate for public transportation and bike commuting, Iannarone has an ambitious plan for a green economy, wants free municipal Wi-Fi and has proposed increasing taxes on Airbnb for a renter bailout fund.

But she also stirred controversy in August when she said on KGW-TV that peaceful protests “might not necessarily be moving the conversation forward.” And some of her policies, such as eliminating parking for more trees, legalizing all sex work and allowing non-citizens to vote in local and state elections, might be a bridge too far for some voters.

“She is further to the left — whatever that means in Portland — of the average voter and she’s taken up positions that I think many voters would find disqualifying,” said John Horvick, political director at non-partisan public opinion firm DHM Research.

“I think that the tensions are much greater there than her campaign would acknowledge publicly.”

Recently, Iannarone has sought to temper concerns about her views on the protests. She says she rejects violence but is quick to add that “anti-fascist protesters wind up on the receiving end of police brutality more” than Trump-inspired, right-wing group members who have held several “law and order” rallies in the city.

“Opposing fascism in 2020 is a good thing. And I’ve tried to normalize that,” Iannarone said in a phone interview. “What we try to do is pull it out of this realm that Donald Trump would have it in — where he’s making people who oppose fascism the enemy — and make it more accessible to everyday people.”

One hurdle Iannarone may face is that many voters simply don’t know her. The urban planning wonk has never held elected office or worked in city government. And while she attracts a passionate Twitter following, about 30% of voters remain undecided or plan to vote for another candidate with weeks to go.

Meanwhile, Wheeler last week got the endorsements — and the deep pockets — of a coalition of business, labor and civic groups, including an environmental nonprofit that applauded his commitment to achieving 100% renewable energy by 2050 and his fight for more middle-income housing.

“It’s up to Ted, with his campaign, to get that information out to voters. And is he going to do that or not? Well, that’s the key thing,” said Moore, the political science professor. “He’s … saying the buck stops here. What he’s not been able to do is say, ‘Here’s the way we get out of this situation.’ And part of that is Ted and part of that is the situation.”