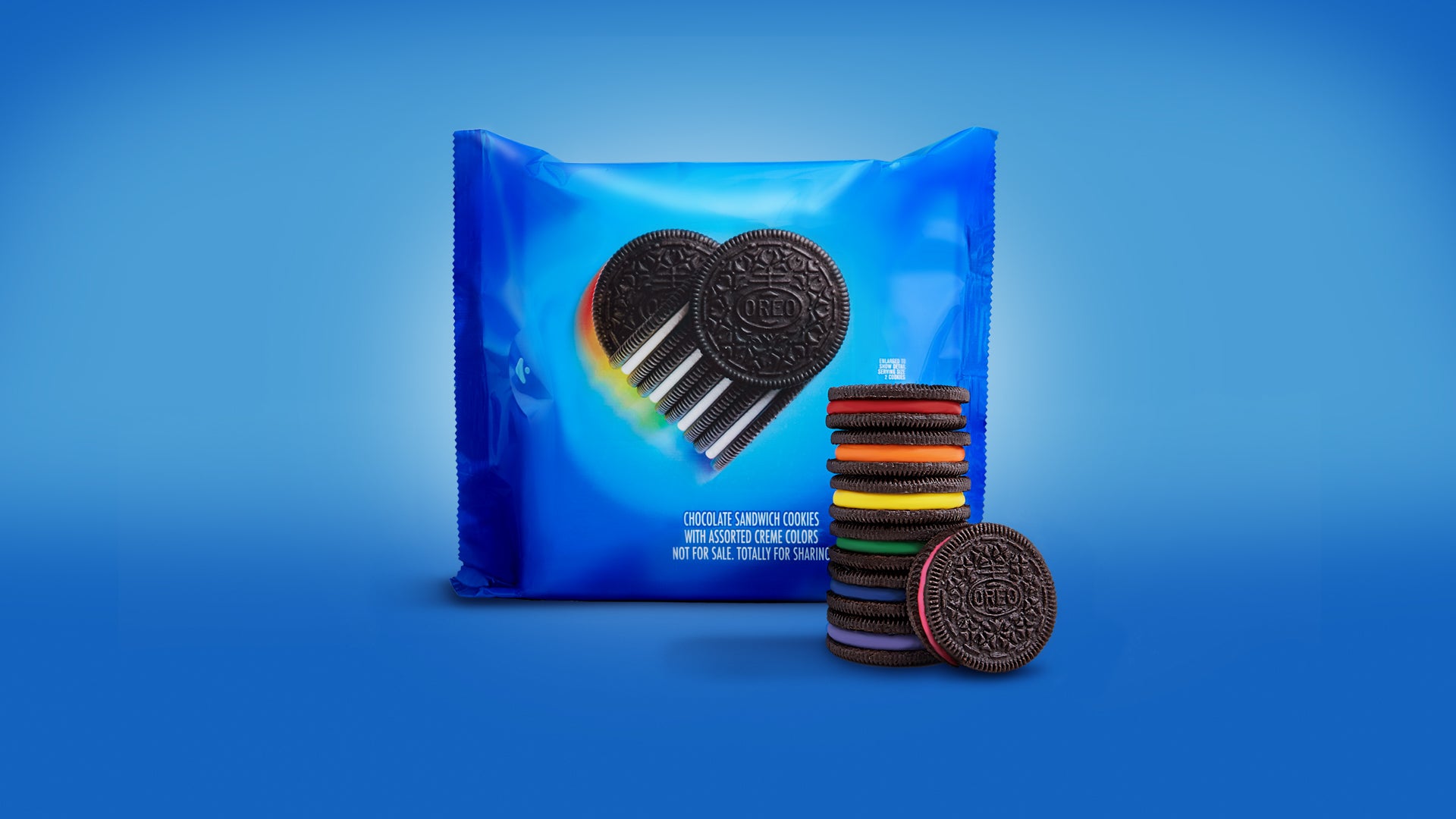 The cookies will not be sold in stores and will instead be given to fans to “reward acts of allyship for the LGBTQ+ community,” a spokesperson for OREO told CNN.

The cookies are part of OREO and PFLAG’s new Proud Parent platform, “a long-term campaign shining light on the importance of a supportive family in fostering greater LGBTQ+ acceptance.”

PFLAG, which up until 2014 was called “Parent, Families and Friends of Lesbians and Gays,” was founded in 1973 after “the simple act of a mother publicly supporting her gay son,” according to the website. The organization is focused on fostering community between lesbian, gay, bisexual, transgender, and queer people and their families and allies.

The giveaway will begin today, October 9, 2020, and fans can enter by “sharing a photo of what allyship means to them” on social media, according to OREO.

Wondering what to watch while eating your crème filled cookie sandwich?

OREO and PFLAG have debuted a new film titled Proud Parent that “tells the story of love, family ties, and celebrating authenticity, while championing the notion that a loving world starts with a loving home.”

Proud Parent is available for streaming on OreoProudParent.com.