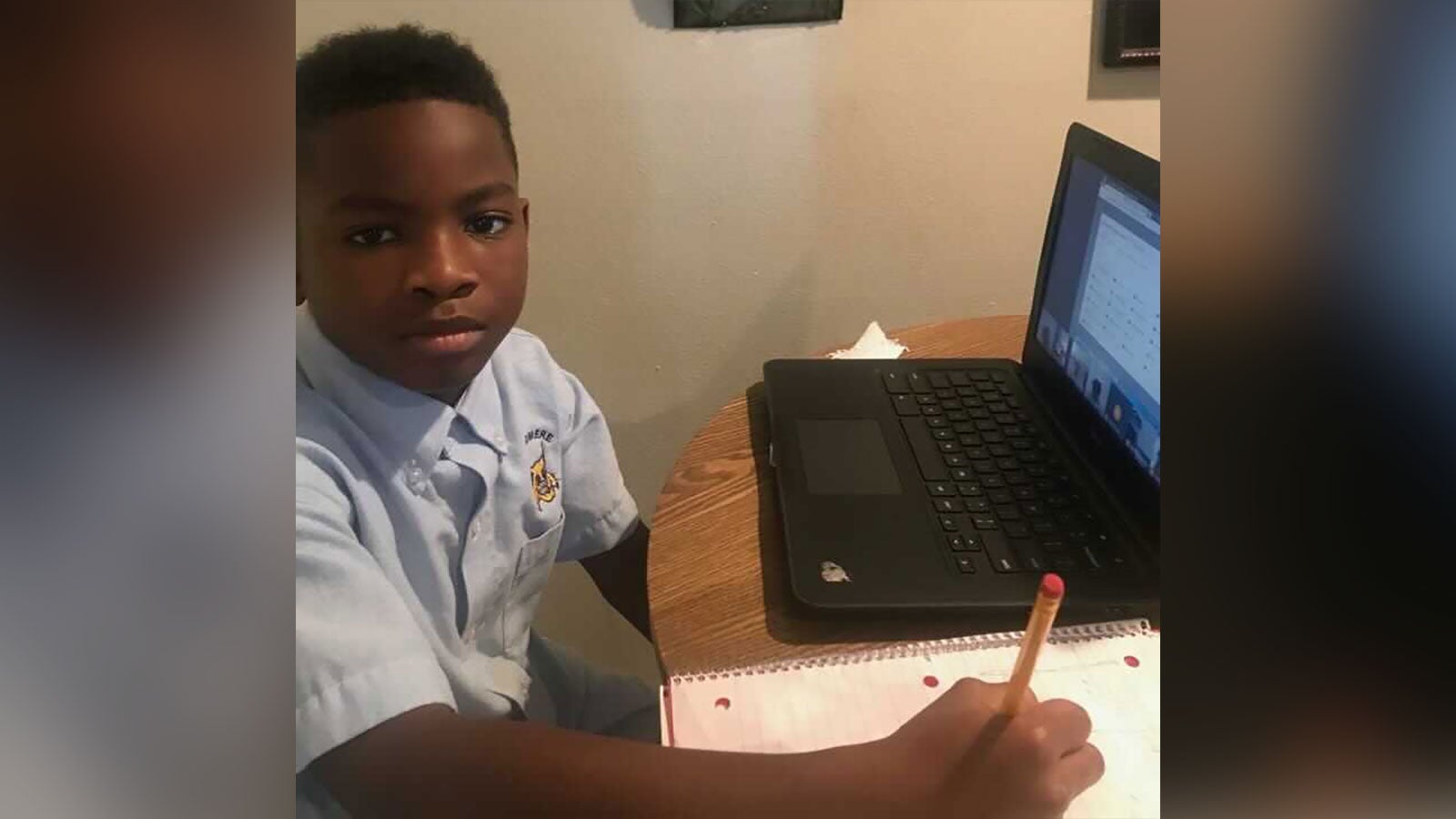 Ka Mauri Harrison, 9, pictured in his home participating in virtual learning. Ka Mauri was suspended from Woodmere Elementary School in Jefferson Parish, Louisiana, after a teacher said a gun was seen in his bedroom during a virtual class.
by: Gisela Crespo, CNN
Posted: Oct 4, 2020 / 08:47 PM EST / Updated: Oct 4, 2020 / 10:16 PM EST

(CNN) — The parents of a Louisiana fourth-grader suspended over a BB gun in his bedroom visible during a virtual class have sued the school district, the family attorney says.

The lawsuit filed Friday against the Jefferson Parish School Board and officials on behalf of the family of Ka’Mauri Harrison seeks damages of at least $50,000 for “mental pain, suffering, anguish and embarrassment, humiliation and loss of self-esteem, future counseling and tutoring and lost income,” the lawsuit said.

The child, 9, was suspended after a teacher saw what turned out to be a BB gun in his screen during virtual class last month. The school board during a September 22 hearing found Ka’Mauri “guilty of displaying a facsimile weapon while receiving virtual instruction from Woodmere Elementary School,” according to the lawsuit.

Jefferson Parish Schools told CNN, “We do not comment on individual student records. Regarding discipline, it is our policy that teachers and administrators may employ reasonable disciplinary and corrective measures to maintain order,” the same statement provided last month.

Family attorney Chelsea Cusimano said earlier that school officials went too far — applying its on-campus weapons policy without considering the privacy of the child and his family.

During Ka’Mauri’s school district hearing on the matter, his father Nyron Harrison said, “it is very important to the family that this be dismissed, that it does not follow him in his educational career … the school did not follow his due process rights,” according to the lawsuit.

Louisiana Attorney General Jeff Landry announced last month his office was looking into the handling of the incident in connection with the investigation, they have become aware that “several other students are experiencing the same treatment by this and other school systems,” and believes that the student’s constitutional rights allow for an appeal, according to a letter his office sent to the school system on September 29.